The Insta360 Air is a 360-degree camera that is designed to be very easy to use. It can be attached to your phone, and you can use the app to control it. The quality of the images and videos is very good, and it is a great option for people who want to start making 360-degree videos.

In this blog, we will give you a complete review of Insta360 Air so that you can see what it is all about. 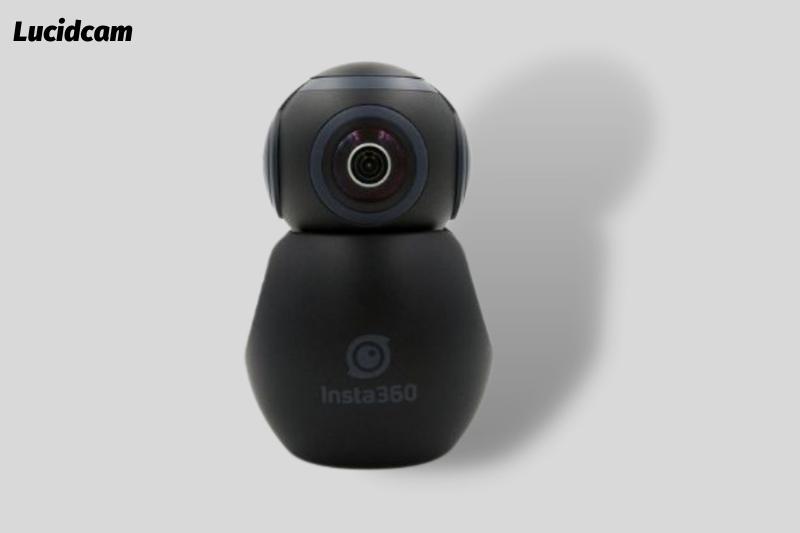 The Air is a small sphere with two lenses. It also has a USB port–micro USB and USB-C depending on the version. The shell of the Air is made from plastic with protruding bulbous lenses on opposite ends. It measures 1.5 inches in diameter and weighs less than an ounce. Included is a silicone carrying case.

There are four color options. For review, we received the black finish, but you also have the option to choose from white, pink, and yellow. The camera can be used with phones as well as a computer to act as an external webcam. An adjustable, rigid USB cable is provided so that you can position the camera to best suit your surroundings.

The Air can be used as a plug-and-play gadget. It doesn’t have any internal memory or power and relies solely on your Android phone for both. The microphone is also missing. It uses the microphone in your Android phone to pick up audio. This is actually a benefit compared to the Insta360 Nano’s internal microphone. On a windy beach, I was able to hear my voice clearly using the Air with Samsung Galaxy S6 while the Nano’s mic picks up excessive wind noise.

Most Air owners will use it to take video of themselves because of its design. While selfie videos are fine, especially when you want to share an experience or narrate it, they can be restrictive. A tripod mount system can be purchased for your smartphone. However, if you are serious about taking the project to the next level, consider purchasing a standalone model. 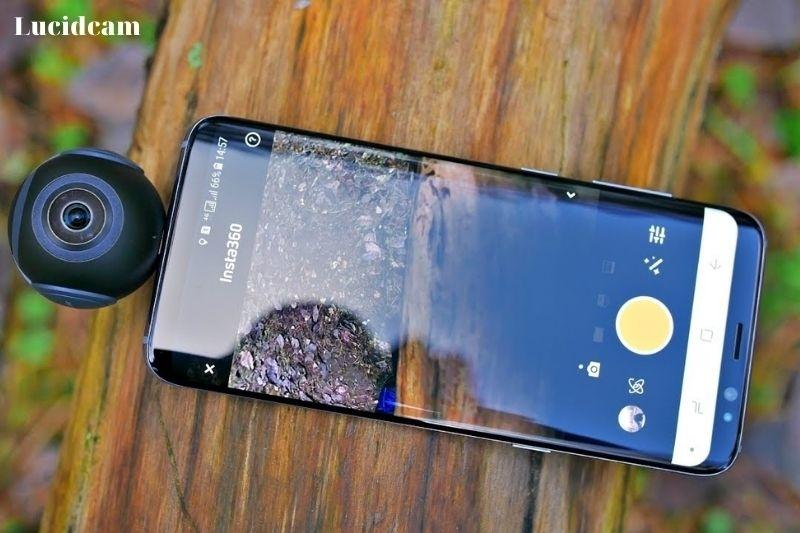 The Air is compatible with Android devices running version 5.1.1 (Lollipop) or higher. You can download the Insta360 Air app from Google Play for free. The splash screen displays a gallery of content taken with the Air. There is also a camera icon at the bottom right.

The camera control screen is accessible by clicking the camera icon. The view from the dual lenses will live on your smartphone’s screen. You can scroll, take photos, or record video clips and stream to YouTube and Facebook. For every minute of footage, it takes approximately two minutes to convert the video into an uploadable format.

It works well and offers Instagram-style filters that you can apply to images or videos. A Sketch filter can be used to make all 360 content look like an aha music video. One complaint: the default orientation of the app is upside down. This makes sense when you are recording video using the USB port. It is possible to change the orientation of your phone by going into settings. This will allow you to trim and share clips as normal. However, I would love to see the switch happen seamlessly based on how your phone is held.

Your phone provides power for the Air. It’s easy to charge the Air with one hand. It is very power-hungry. I started with a fully charged smartphone, streamed some test footage to Facebook, and converted a few clips to MP4 to be able to embed them in my review. After connecting the camera to my Galaxy S6, the battery dropped from 100 percent down to 50% in just 20 minutes. When the camera is in use, the phone can also heat up quite a bit. 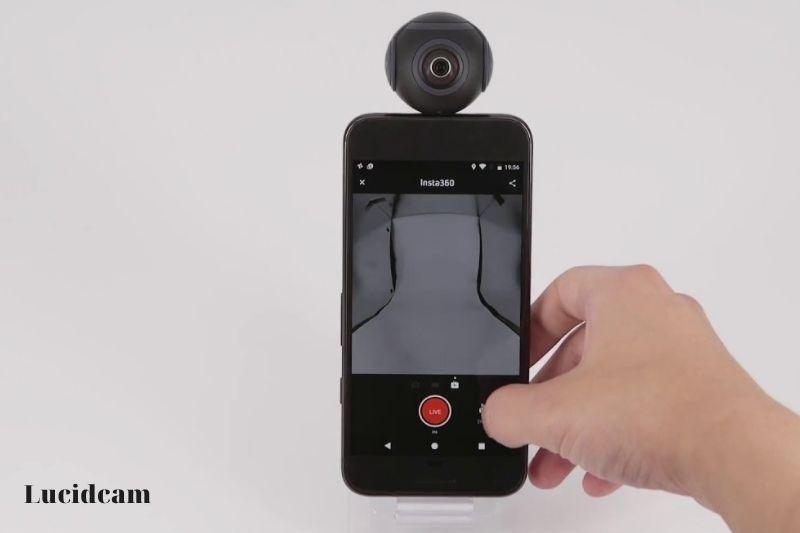 The app integrates seamlessly with many social media sites, allowing you to share 360 media even if you’re not streaming live video.

You can also change the camera mode using the app. One mode allows you to take small planet images and videos. These are extremely popular and very popular on Instagram.

When shooting a 360-degree video, the most important thing is to keep it stable. This is crucial for any video, but especially 360 videos. A shaky 360 video could cause viewers to lose their sense of direction. The Insta360 Air has internal stabilization software that ensures the smooth viewing of 360 videos.

Top standalone 360 cameras can record 4K video. The Air is not able to do this. The resolution of the video, when stitched together, is 1,920 by 996 at 30 frames per second, which is fewer pixels than 1080p footage. It’s no surprise that the footage appears soft when you consider how those pixels are stretched out and mapped onto a virtual globe. No matter what lighting conditions, fine details are lost, and even close-up subjects appear blurry. It’s difficult for high-resolution cameras like this to show distant subjects in detail.

As long as you don’t look down to see the phone or the hands holding it, stitching is quite durable. This is normal for a 360-degree cam. I was able to balance the exposure even with the bright sun dominating my view through one lens. I didn’t see any visible seams in the sky above my camera. This is common when the exposure is slightly different between the lenses.

Live streaming to services such as YouTube and Facebook is possible. This allows for the video that appear even more soft. The compressed footage is only 2Mbps, while the 8.4Mbps recorded video is. The result is blurry and riddled with artifacts. It’s 360-degree live streaming footage, which is great, but don’t expect it to look amazing.

Still, images can be captured at 4.5MP (3.008 by 1.504), which is slightly better than video. The image quality isn’t as good as modern smartphones. You’ll get a similar result with older models, such as the iPhone 3GS. However, it’s more like what you would get with an older model. It simply doesn’t have enough pixels to support being stretched to a spherical perspective. 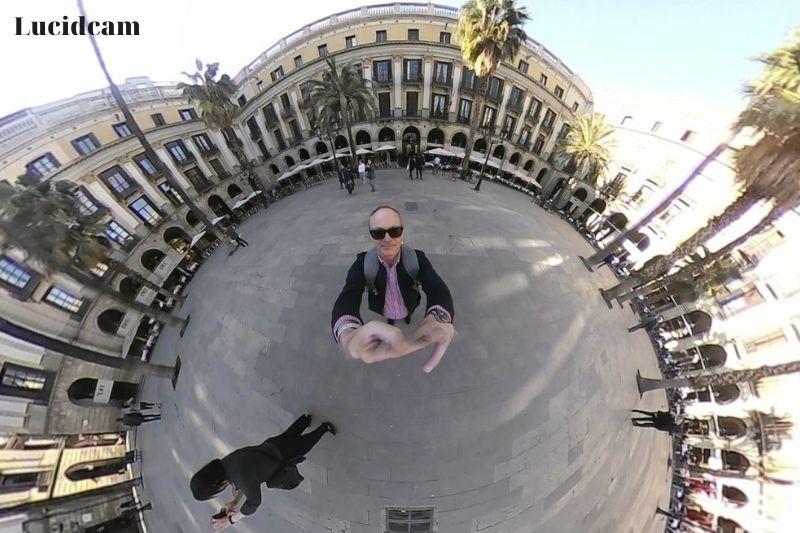 The Insta360 Air can still capture 360-degree images at a resolution of 3008 x 1504. While this is lower than the Insta360 4K and Samsung Gear 360, it matches similar-priced 360 cameras. Insta360 Air was designed to capture 360 images on social media rather than large screens. The Air’s 360 images look great on small mobile and tablet screens but may not be as good on larger desktop screens that require a higher resolution.

The good news about photos is that they are bright, colorful, and sharp. To avoid errors, the stitching line, which is the point at which the two 360 images are joined, is not noticeable.

Although the Insta360 Air is best at work outdoors during daylight, indoors, it has very little loss of quality. The Air is not able to handle low light, but it is small and affordable, so it does a good job. 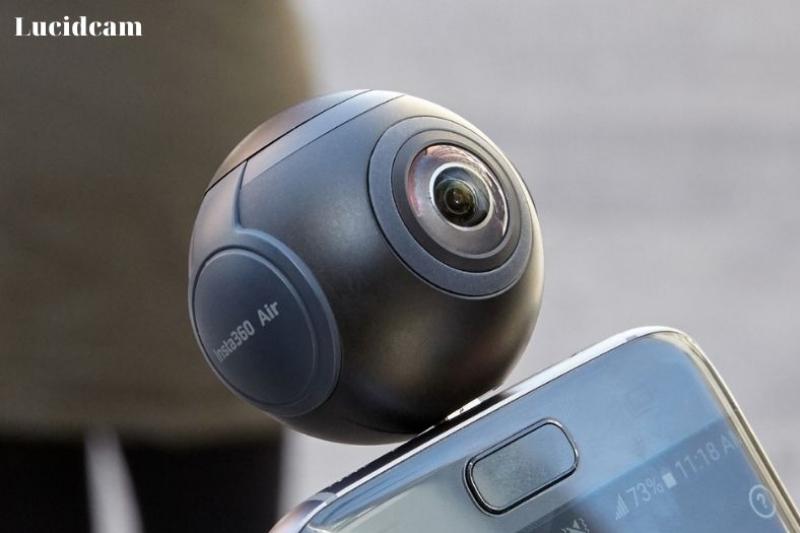 Insta360 Air is simple and has a camera mode as well as a playback mode. Camera mode allows you to tweak a few settings, such as exposure compensation. But simplicity is the keyword here. Simply point and shoot. The Air’s twin cameras capture footage and photos, and then the app stitches them together.

It does this quite well. You can see the joins easily if you look closely, but it will be nearly impossible to produce an auto-stitched panoramic picture. I can’t fault the Air’s work here.

What about the quality of the videos and stills? They’re acceptable for a product of this price, but not exceptional. Images with high contrast will show purple fringing; images with wide dynamic ranges will have parts that are under-or overexposed or both; strong light sources can cause a lot of flares, and there is a general lack of sharpness. The Air can be used indoors or at night to produce noise and grain that will ruin your photos and video.

The Air and its app offer a variety of sharing options, including live 360-degree broadcasts via YouTube and Facebook. Although it was difficult to get our 360-degree videos from our HTC 10, once they were imported into Insta360 Studio (a free editor available for Mac and PC), the conversion into YouTube-friendly MP4s took only a few minutes. Here you can give your video some polish by tweaking video length or purple fringing.

You can check out other Insta360 reviews: