When it comes to choosing a drone, there are many factors to consider. If you’re looking for a high-quality drone with advanced features, you may be wondering if the DJI Mavic Pro or the Phantom 3 Standard is the better option. Both drones have their own unique benefits, so it’s important to compare them side-by-side to see which one is the best fit for your needs. 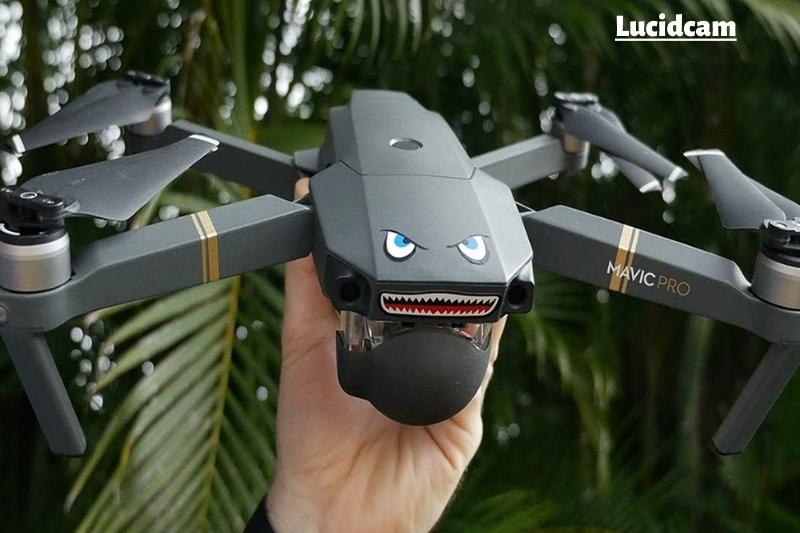 After flying drones from the Phantom range, I found them to be extremely compact and light for their capabilities. But the Mavic Pro is a completely different animal when it comes to portability.

The postman brought the box to me, thinking there was a mistake. I thought it couldn’t have contained a quadcopter, controller, and battery charger. It did because the Mavic is a shockingly small drone compared to Phantoms. The folded size of the Mavic is only one-sixth that of Phantoms.

I was concerned that the drone’s small size could affect its in-air stability and/or image quality. Even with this nagging concern, I was pleasantly surprised at how compact the drone and controller were.

Although the DJI Spark, Parrot Anafi and DJI Mavic Air all have improved on it in portability, the Mavic Pro was still the first 4K drone to feel like it could be carried around all day.

Phantoms need to be carried around in bulky bags or cases. However, the Mavic Pro can fit into even the smallest bags.

It is solidly constructed, too. The majority of the quadcopter is made from tough plastic. This is handy, as anyone who owns a drone will likely have at most one or two minor aerial mishaps.

Although the gimbal-mounted camera is more fragile, DJI provides a clear plastic case that protects it while it’s being carried around. 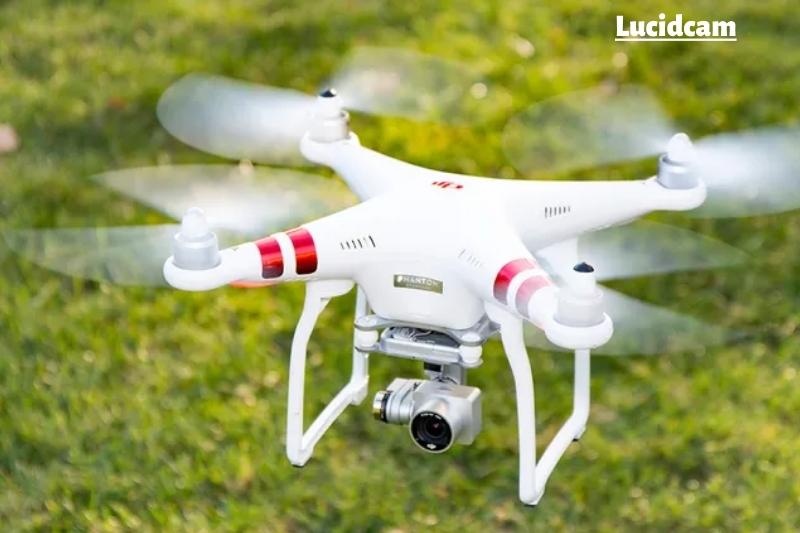 The Phantom 3 Standard’s white plastic case gives it an Apple-like appearance with its clean lines and functional design. The central body houses the electronics and battery, while the motor is located at the ends of the four protruding shafts.

Although the entire case is made from plain white plastic, you can attach colored stickers to make your Phantom 3 stand out in crowded skies. The landing gear attaches at the bottom of the case, while the camera and gimbal are placed between the landing arms. This protects them from a bumpy or hard landing. The drone and camera were not damaged when I crashed into the ground twice. 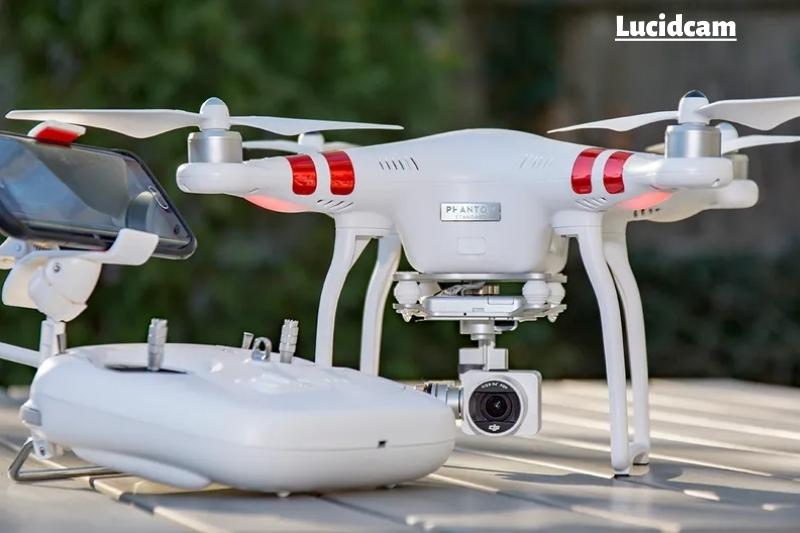 The Mavic Pro’s camera can capture 12MP stills in JPEG and DNG RAW formats. It also has a video at various frame rates, including 4K at 30fps and 1080p at up to 96fps.

It is mounted on a small motorized gimbal which, when combined with the drone’s suite sensors, can make quick adjustments to ensure it stays level. It can be set to POV mode, which tilts and rotates with the drone.

Four additional cameras are onboard, but they aren’t intended for photography. They are there to help in-flight stability and safety. Two cameras facing downwards help prevent the drone from drifting indoors or in areas with poor GPS coverage. A pair of front-facing cameras detect obstacles in an arc forward and stop the drone from hitting them.

It will stop moving if it is within a few feet of any solid object, but only if it is in front. The obstacle detection won’t stop a crash if the Mavic Pro moves backward, sideways, or into a tree or lamppost or a neighbor’s window.

This camera can record smooth videos at 2.7K, which is impressive for an entry-level model. If you are looking for a high-quality Live HD View, this is the camera for you. The DJI Mavic Air Fly More Combo is a great option if you need to shoot 4K. Standard’s camera has one major flaw: it faces forward, which reduces its field-of-view. 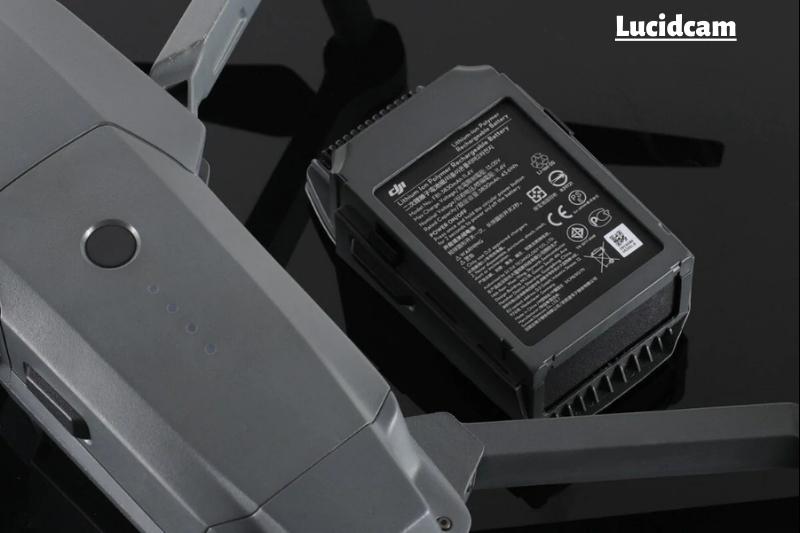 The Phantom 3 Standard quadcopter is equipped with a single large battery that has 4480mHa power. The battery can last 21 minutes on a full charge. It will take a while for the battery to fully charge. You may need to wait up to 50 minutes. You will need spare batteries for the Phantom 3 Standard because they can be quite expensive at an average cost of $145.

The specifications of DJI state that the Mavic Pro can fly for 27 minutes (no wind at a constant 15.5 mph (25 km/h)). Max Hovering Time is 24 minutes (no winds). Overall Flight Time is 21 minutes. (In a normal flight, there’s 15% battery remaining.) 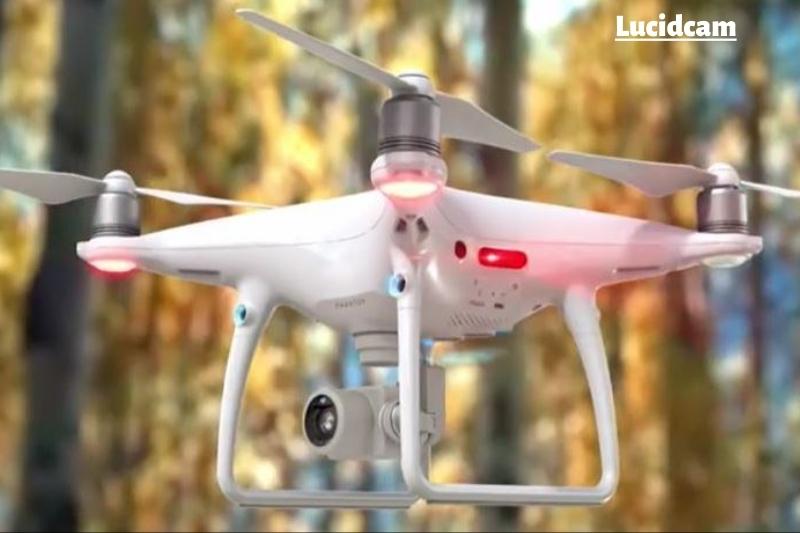 Two control parts make up the Phantom 3 standard quadcopter. One is the hardware-based remote control, and the other is the software that can be used on both iOS and Android devices. This remote control unit can provide incredible flying experiences, but the app can also be used to control it autonomously. A simple white box antenna is the typical remote control unit. There are no switches, control sticks, or dials on the sides. The remote control unit does not have a display, but it has a few LEDs that show the battery level.

Using specially designed control sticks, you can move the motors in any direction. Advanced applications provide easy control over flight modes, GPS, signal strength, and battery level monitoring. The application’s bottom section displays speed, altitude, heading, and other location-based details. The Map application will allow users to have full control over the live view details. It will also update satellite-based location information whenever they are online.

You can choose from five modes under the settings manually. Once you have disabled the beginner’s mode, you will be able to access points-of-interest, follow me and waypoint modes, as well as home lock, course lock, and home lock modes. These modes allow users to have an amazing flight experience.

DJI’s OcuSync transmission technology gives the Mavic Pro RC an increased range of up 4.3 miles (7km) in open areas without interference. The Mavic Pro, like all DJI systems, is FCC-compliant. 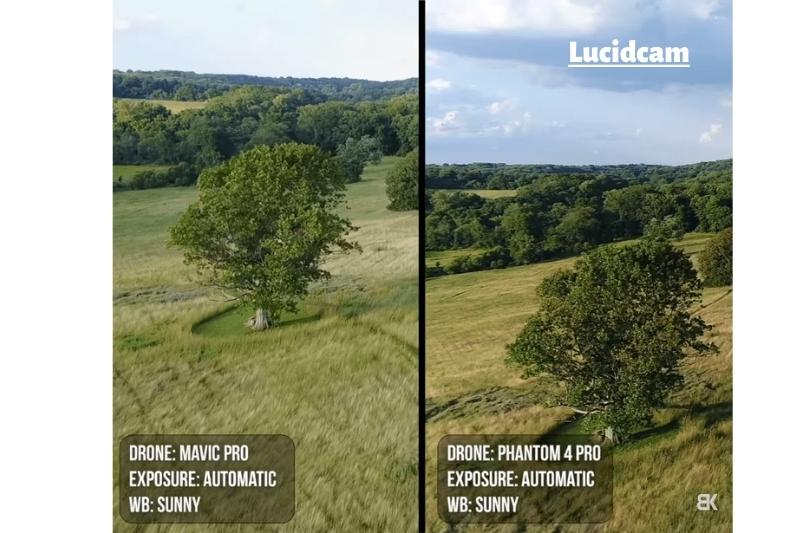 Mavic Pro can shoot video at 4k, 2.7K and 25 frames per second. However, We prefer shooting it in 2.7K. This is due to bitrate (that is, the speed at which image data is transferred from the camera to the card). The bitrate for 4k is 16 megabytes/second, but at 2.7K, it’s 45 megabytes/second. However, it’s faster because 2.7K has less resolution, so it gets that information faster to the car. If the frame rate is 25 frames per second, the camera will get the highest quality image to transfer to your card.

The most important aspect of DJI’s software is its sharpening settings. If you set the sharpening level at zero or lower (e.g., 1 – 2 or 3), then DJI software will start to apply noise reduction. This can give you a smearing effect which can be particularly noticeable in shadows.

You lose detail and need to increase the sharpening to plus 1. After that, you can adjust the saturation to zero or lower the contrast. The contrast is currently set to zero at zero light. The most important thing to do is set the sharpening to +1. This will ensure that the shadows don’t look like a mirror and that the image file has as much detail as possible.

The Phantom 3 Standard captured video with excellent quality. It had lots of detail and smooth, clear movement. This is a marked improvement over the Phantom 2’s video quality, which was soft and fuzzy. The Phantom 3 Standard video, by comparison, has a more natural and realistic look in all video settings. It also looked cleaner, sharper, and more natural than the $1,129 YuneecQ500 and the $499 parrot bebop. Take a look at the still frame below from the 2.7K video and notice the fine detail on the red tree’s leaves in the middle right. There is a lot to be seen in that.

You can also live stream video from your drone to YouTube so that your adoring fans are able to watch your crashes live.

We noticed a few minor issues with the video. In addition to occasionally capturing the blades of the quadcopter and the arms, the video sometimes had a wave-like look that made distant objects appear as if they were made from jelly. It almost looks like the rolling shutter effect we see in a video taken with some SLR cameras.

However, I believe it is due to camera movements. If the rotor blades are placed between the sun and camera, the video takes on a strange, almost stroboscopic appearance. This is captured by the camera as a flickering effect in dark areas of the image. It’s similar to how a cheap camera appears under fluorescent lights.

Through the blog, Lucidcam hopes you have a clear understanding of the difference between Mavic Pro vs. Phantom 3 Standard, then make the decision to choose the right drone for yourself.