Potensic is a well-known drone brand. Most of their drones are decent beginner-friendly and fun to fly. These drones are often affordable at less than $200, delivering some intuitive features and impressive specs for an affordable amount. This is especially true for the Potensic drone. Although it is one of their most advanced drones, it is still quite affordable.

We have reviewed Potensic  D85 which is a great drone for you. 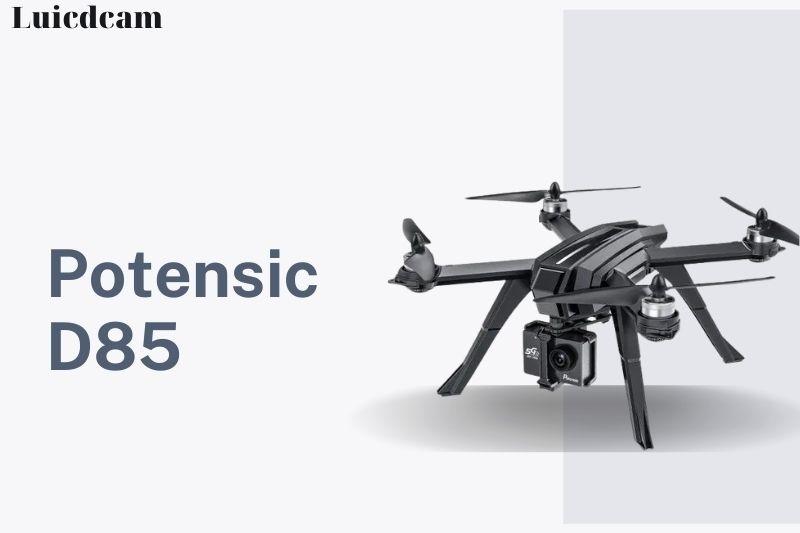 What’s In The Box? 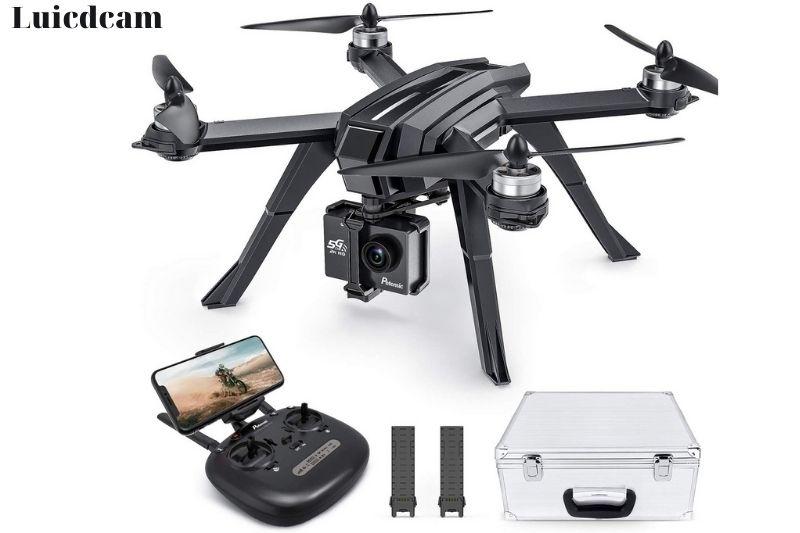 D85 packaging includes a drone and an action camera. It also has a remote control with built-in mount holders. You’ll find the following items when you open your package:

The Potensic D85 drone is decent. It has a 2K camera and dual GPS. There are also many smart flight modes. The drone is medium in size and easy to fly. However, it is quite fast, so don’t fly it at its maximum speed if you’re not a professional. It has a decent camera and can be detached so that you can attach an action camera such as the GoPro one. A decent drone overall, but there are better options available if you’re willing to pay more.

It is just 600g in weight. If you are located in the USA, Canada, or the UK, you will need to register your drone before you can operate it. It is required to register drones that weigh more than 250g in order to operate legally. You should visit FAA ( federal aviation administration) to know more knowledge. 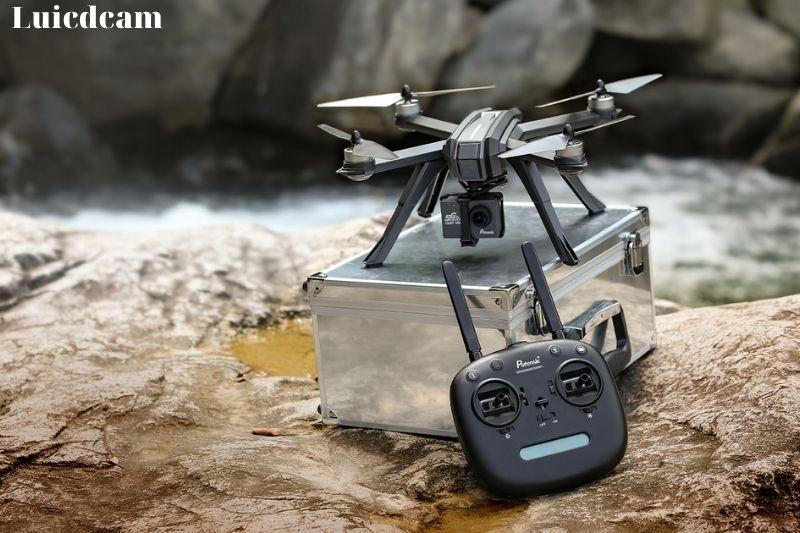 The Potensic D85 quadcopter is a stunning, futuristic design. It relies on its lines and contours for its sci-fi vibe, which it does with ease. The drone’s hull and most of its parts are made from ABS plastic. This makes it heat-resistant and impact-resistant.

This drone is very distinctive. This drone is both well-made and high-quality, thanks to its long legs and camera mount at the front. The legs offer excellent landing capabilities and protect the mounted camera.

The Potensic D85 is 525g in weight. However, the FAA regulations require that you register a craft of 250 grams or more. Please check with your local authorities for further clarifications.

Extra-long landing gear provides extra clearance for the drone to land. It also protects the large action camera unit which is located directly beneath the Potensic D85’s nose. 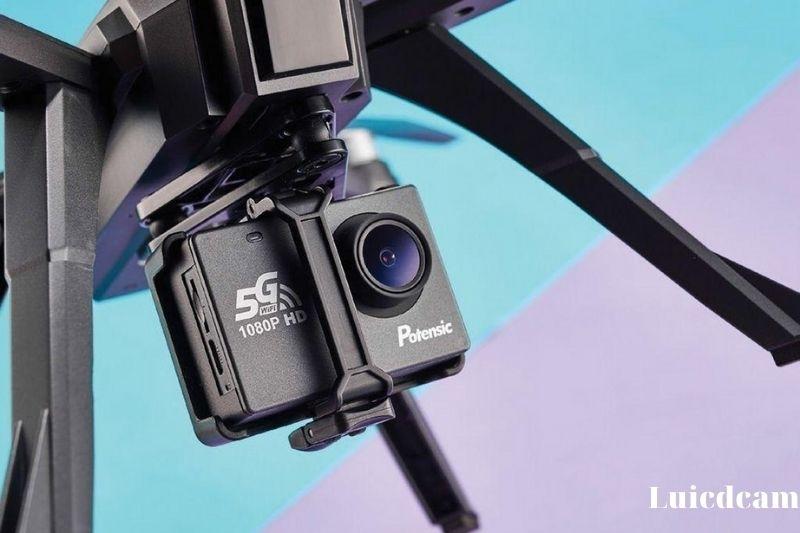 The camera is the best feature of this drone or any drone, and it’s also one of my favorite features. Drones are my favorite thing about them. They allow me to see the world in a new way which is always nice.

Potensic D85 has a 2k camera and a 130deg wide angle view. This will allow you to capture beautiful panoramic images and videos.

The images and videos are quite good, and the price is right for the drone. You will see some shaking and jello effects in your videos due to the lack of a stabilization feature such as a gimbal.

This is not a major problem, as the video footage is clear and will not be used for professional purposes.

Be aware that a 2K video can only be viewed when the footage is recorded on a microSD card. Otherwise, the live streaming quality is in 720p, which is still acceptable but not as good as 2K video footage.

You can attach the camera to any camera you like, such as a GoPro or other small action cameras.

This camera is of decent quality and you can take great images and videos with it. However, if you want something more professional and don’t want to spend a lot, I have a list of the best drones below $500. 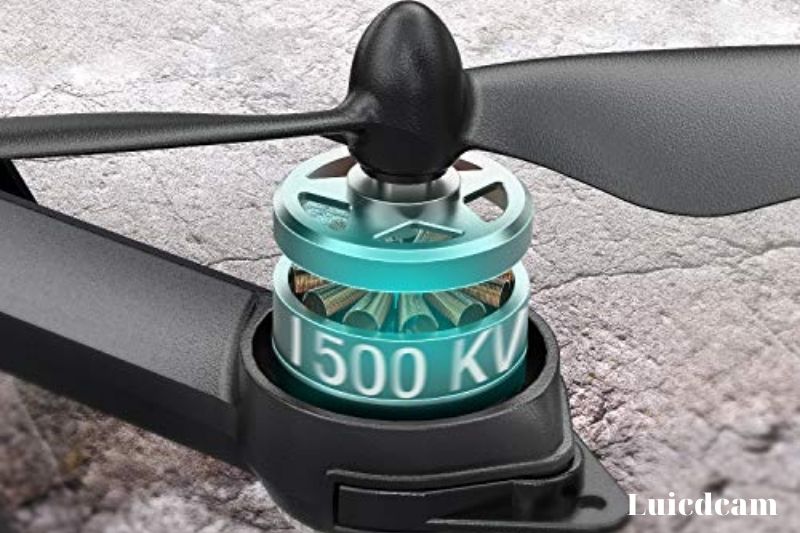 The drone is extremely stable and can hover accurately due to the dual GPS module. You can choose from a number of speed settings. The fastest setting is 36 km/h. This is fast when you watch it in action. Beginners should not fly at the fastest speed setting until they have had some experience.

Smart flight modes can sometimes have problems. This is mostly due to the app. Sometimes it doesn’t work as expected. I hope they fix it soon. Otherwise, this drone will do what it says on its box.

The Potensic D85 has GPS capabilities that aren’t uncommon in drones today. The D85 is undoubtedly one of the most powerful GPS drones available in this price range.

Dual GPS/GLONASS allows drones to pinpoint their exact location using communication with at least 24 satellites orbiting Earth. This makes positioning super-accurate. In the unlikely event that one of these systems fails, this redundant system acts as a fail-safe backup.

The craft will also stay in hover mode. This allows you to capture stable videos without needing bulky tripods and gimbals. The drone will follow its flight path and avoid drifting, which can be common with drones without GPS.

This feature should be included in modern drones, particularly those with a low-budget price tag. Headless Mode eliminates the need to worry about where the drone is heading.

This flight mode is great for beginners because the drone is much easier to control as there are no distinguishable heads or tails.

The Potensic D85’s One Key Takeoff/Landing function is another key feature. This allows the drone to automatically take off and land when it is commanded. You won’t need to worry about how to land or initiate the drone.

Altitude Hold is another handy feature you can use when you want to take wide landscape shots or selfies while the drone is in flight. The Potensic D85 hovers at a fixed altitude to provide stability for your shooting needs. 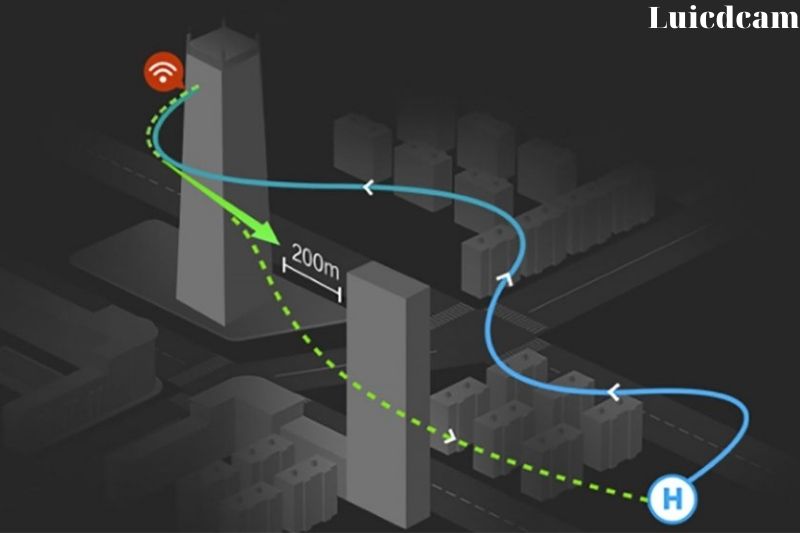 With drones priced in this range, Return to Home should be mandatory. Potensic is wise to include it along with the D85. The Potensic D85 automatically returns to its original takeoff point in the event of low battery, transmission loss, or any other unexpected error. If you are too lazy to fly it back, you can trigger this by pressing a button.

The Potensic D85’s Draw A Route function is similar to DJI’s TapFly feature for drones. It allows you to draw route points on your smartphone map to direct the drone. This makes it possible to fly hands-free while filming or changing piloting positions.

The Potensic D85 has a Follow Me mode, which tracks the object and then follows it through the frame without it being lost. To ensure a consistent shot, the drone matches the subject’s speed to give a steady shot for the duration.

The Potensic D85 drone is like most modern drones. It has advanced features that allow you to fly it more easily and have more fun.

This drone has both GLONASS enabled, and GPS enabled. It can lock onto more satellites, resulting in smoother flying and hovering.

There are a few smart flight modes. For instance, you can create a flight path using the app, and the drone will follow the route. The drone can also orbit a point of interest, which is known as orbit mode. Another smart flight mode follows me mode. This is self-explanatory. 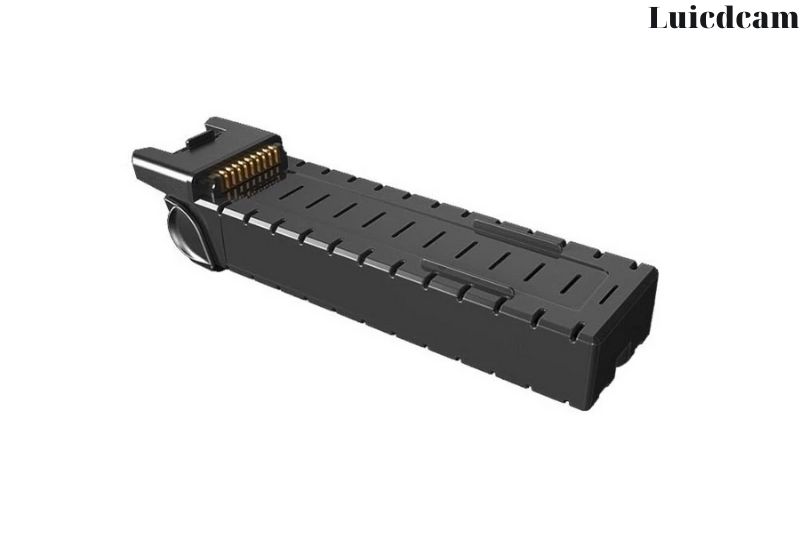 The 2800 mAh battery of the Potensic D85 gives you 20 minutes of flight, which is good considering its price. Keep in mind that battery life depends on how you fly and what your drone speeds are.

The battery’s modular design makes it easy to swap out batteries if the drone is needed for extended periods of time. You won’t need to wait for another charge cycle before you can fly again.

Potensic would be able to populate the sides of the controller, but reaching for the top row of functions buttons could prove difficult for people with smaller hands.

Live FPV feeds are connected to your phone using a 5G Wi-Fi connection. This gives you an incredible video transmission range of nearly 800 meters and the remote control range of up to 1500 meters. You will have better visibility when flying the drone over long distances as it is compatible with VR headsets. This allows you to enjoy a fully immersive flight experience. 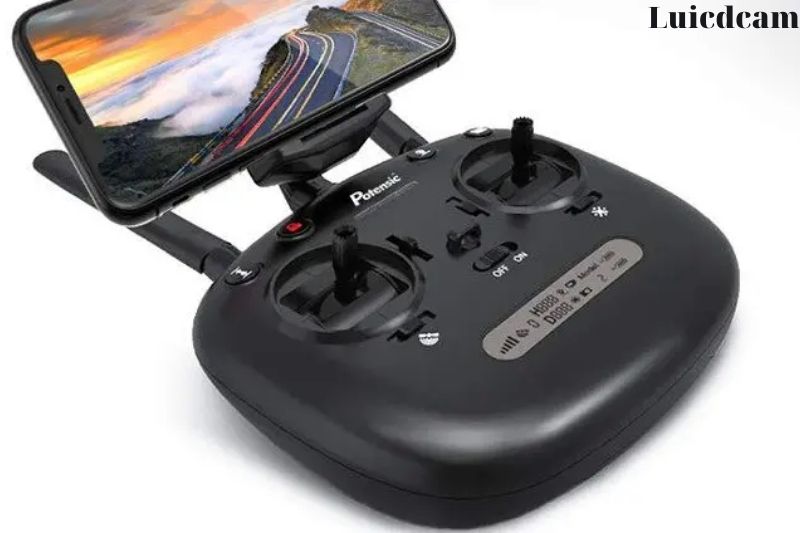 You can choose from multiple perspectives thanks to the 5g first-person view video transmission. You can attach your phone to the mount using the remote control or wear it on a Google VR headset (or any other VR headset compatible with your phone) to get the first-person flight experience.

You can perform aerial maneuvers with the PotensicD85 controller. You can also hook your phone up to a VR headset to give your friends a virtual tour of your area.

The drone is fun to fly because it can reach speeds of 50 km/h and can travel a distance of 4900 ft, while the distance between the camera and the transmitter ranges from 1600 to 2620 ft.

Auto return is a very nice feature.  If for any reason, your remote connection to the drone should get interrupted, the flight control system on the drone will automatically control the aircraft back to the point of origin. The built-in GPS allows for precise positioning of both the drone and the controller.

DON’T MISS some of the posts here that might be helpful to you:

Comparison To Other Drone Models

The D85 has an eye-catching design that differentiates it from other drones. Many drones available today have a very generic appearance, such as the HS170 Predator or Eachine E511. The D85, on the other hand, has a unique, polygon-esque appearance that makes people notice.

This drone’s brushless motors are stronger, more powerful, and quieter than those on the Eachine E58. The D85’s remote control range of 1500 meters is also better than models like the HS700 Ophelia. Even better, the D85 is one of a few quadcopters that has a 5G transmission system. This allows for superior communication between drones and remote control.

What Other People Are Saying

The drone has received a lot of positive feedback. It is currently rated 4.3 stars on Amazon based on 42 reviews. Customers are most impressed by the quality of the photos and videos and the quietness of the drone’s brushless motors. Most Customers also praise the long video transmission range and remote control range. Typically, customers use this drone to have fun in their backyards or to produce videos and photographs with their children/grandchildren. Customers may surprise friends by flying the drone near them and then scaring them when they see it.

This is an excellent drone; it’s well-designed and has several cool features as well as a good camera. The Potensic D85FPV is an excellent choice for anybody interested in aerial photography, security camera patrol, or simply having fun flying an FPV drone. Because of its strong remote range, built-in stabilizing, quick peak speed, and simple controller, this drone is exceptionally simple to use.

Lucidcam hopes this article will be helpful for you. Please share this post if you found it helpful so that others might see its contents as well! If you would like more options for similarly priced drones, check out our article for the best drones under $800.