There are many drones on the market these days, but two of the most popular are the DJI Mavic 3 and the Inspire 2. Both drones have their own unique features and benefits, so it can be tough to decide which one to buy. In this article, we’ll compare the two drones side-by-side, so you can make an informed decision about which one is right for you. 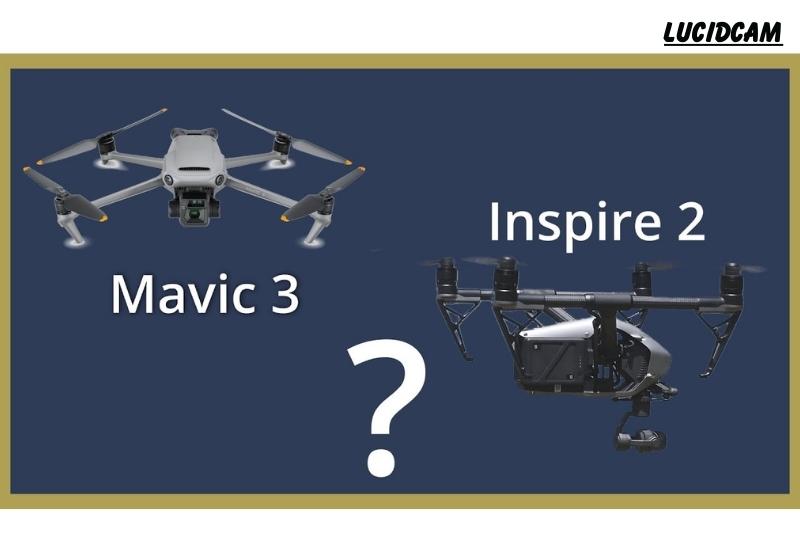 There might not be many drone comparisons. Many modern drones are constructed on the same folding leg arrangement that Mavic 3 inherits from its predecessors. This allows it to pack down to the size of its fuselage. This portability contrasts with the Inspire 2, which is quite large.

Although the Inspire 2 can’t change its shape completely, the props and feet are located at the ends of two T-shaped shapes that meet the fuselage in their middle. These allow the Inspire 2 to move from the landing position where the feet are closer to the ground to the flight position in which the feet are higher than the camera’s view. This allows it to rotate fully. You can disassemble the camera and Gimbal separately to pack away. The legs can be moved to a third position in order to fit the box as flatly as possible.

This engineering serves a purpose. A camera with interchangeable lenses can be rotated independently and can be controlled by a dedicated operator while the pilot controls the drone. A small and low-quality FPV camera is built into the main fuselage. It faces forward for this purpose. Dual IMUs and dual batteries increase the machine’s tolerance to risk (though they are also a budget concern!

The Mavic 3 Cine’s most distinctive design feature is its unsymmetrical dual camera-gimbal, which adds some character. Although the secondary camera has a lower quality zoom than the main lens, it offers more digital cropping than digital cropping in wide shots.

Inspire 2 is capable of recording. It has a slot in the back that can hold removable SSD cards. These cards must be purchased from DJI.

The software had a slight effect on our experience. DJI Fly, which is the latest app that comes with the Mavic 3, has a slightly different feel to it when it comes to gentle rotation maneuvers. This can be changed, just as it has always been with Go 4, the app that comes with the Inspire 2. However, the default settings seem a bit more refined. This could be due to the more traditional remote control.

This is a close call in practice. Both aircraft can chase footage of cars or motorbikes (within reason). The Mavic 3 is more capable of handling one-man operations and difficult areas, and the Inspire 2 can handle speed and power. If you don’t have a camera operator, the Inspire 2 can be used to automate tracking. 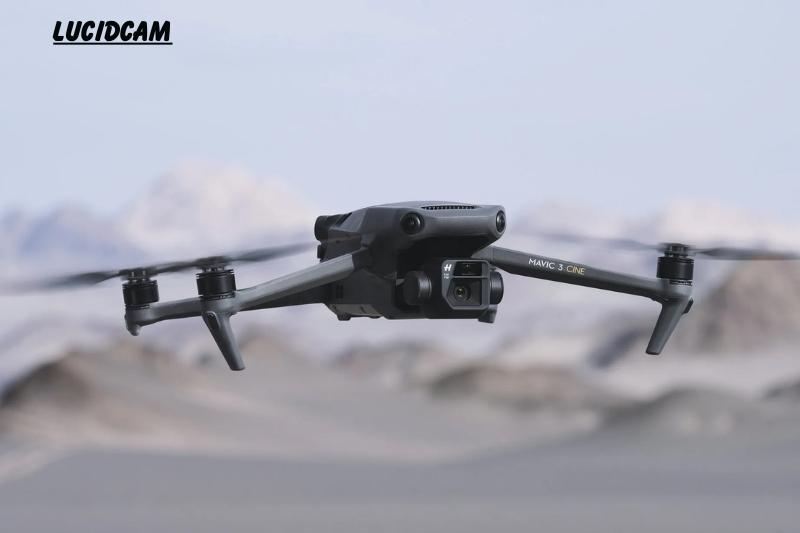 It is hard to deny that the Inspire 2’s battery life is difficult. It is a metaphorical and literal price for being able to lift an interchangeable lens camera. However, it only takes half the time.

The Inspire 2 comes with a battery charger. It is about the same size as a soft drink can and has slots for four batteries. However, that’s only two of the available pairs. Only the Premium Combo, which includes a 3-battery charging hub, is available for the Mavic 3 Cine.

The Mavic 3’s ease of operation is much greater considering the time spent returning to the aircraft and changing batteries.

There is a fundamental difference between the Mavic 3 and Inspire 2. The Mavic 3 has the camera and Gimbal as part of the drone, while the Inspire 2’s camera unit is detached and includes the Gimbal. The Zenmuse X5S and X7 are popular choices for videographers and photographers. These allow you to change lenses. DJI discontinued the X4S, a cheaper all-in-one camera gimbal with no interchangeable lenses.

If you choose the Zenmuse X5S or X7 for operation, your lens will be able to follow a subject almost all the way around the drone while it hovers. However, you can yaw the entire aircraft at once, but this is not something that a single experienced operator will need. The Inspire 2’s gimbal can only turn the aircraft towards the sky less than the Mavic 3’s, which can tilt up to [email protected] Although the Mavic 3’s Gimbal can roll further to compensate for the aircraft’s lean (an automated process), the Inspire is less able to turn to the heavens and has physical dampers at its gimbal mount. In use, neither aircraft is able to push beyond horizontal imagery.

The shape of the Mavic 3’s camera block might cause some concern. However, the Cine pack includes a set of built-to-fit ND filters. Although it might be more difficult to find a polarizer, Inspire two users will still need filters for each lens. There may also be a weight adjustment needed to balance some lenses. 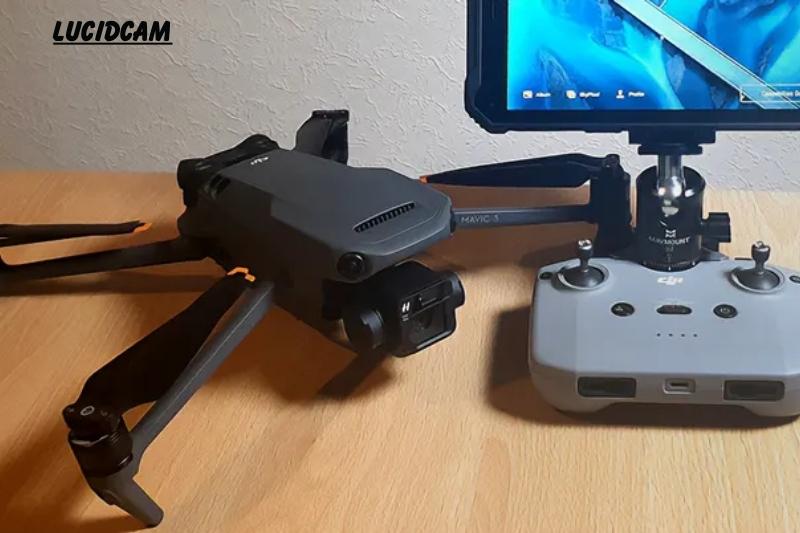 The Mavic 3 Cine Premium combo comes with the DJI RC Pro remote, which costs $999 / PS879 by the firm. It also includes a bright display and a bright built-in display. The Mavic 3 Cine Premium combo also has better control sticks than the standard Mavic 3 remote – borrowed from DJI FPV. They are actually more similar to the longer, pro-style sticks of the Inspire 2 remote. Although the 5.5-inch screen is not as large as an iPad Mini, the brightness of 1000 nits outdoors makes it a great choice. The whole device uses USB-C charging, and Android lives underneath. This includes file movement, screen recording tools, and a microSD card slot.

The Inspire 2 controller offers a wider range of options than the Mavic 3; it includes a DJI Cendence remote, manual control and manual focus, as well as a customizable pro device. However, this can be difficult to compare. It is important to highlight the Inspire 2 remote’s key features, which are master and slave operation.

You can connect to your display devices, such as DJI, your phone, or iPad mini. There is also an HDMI port at the back of each Inspire two remote that allows you to broadcast live 1080i50 and 720p60. Mavic 3 Cine’s HDMI port (via a mini-port on the RC Pro) was initially littered by a screen display (OSD), but this has since been fixed in the new firmware. It can now carry 1080p60fps, which makes it easier to view live when flying. 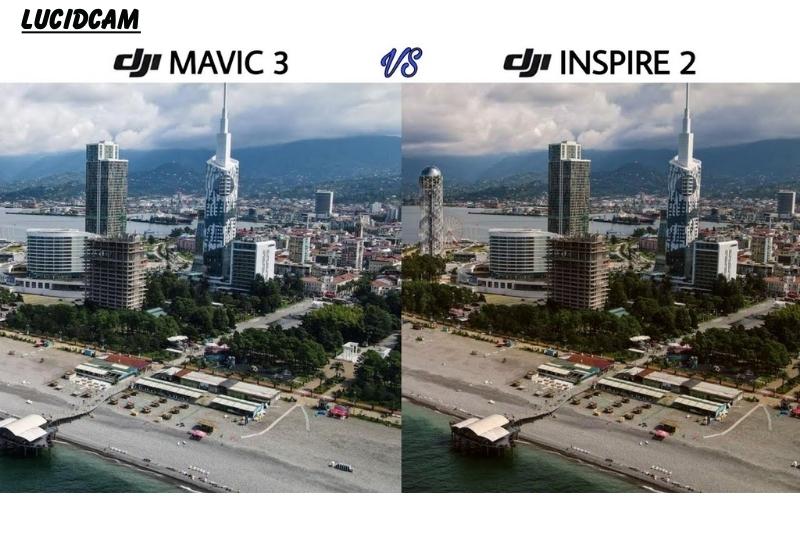 The Cine is a good option for stills if you are tight on cash. You have the same imaging system as the Mavic 3, and the SSD speeds aren’t an issue. The Cine bundle comes with ND filters and RC Pro. However, the Fly More kit includes ND filters if your drone can be operated by your own device.

Inspire two allows for a lot of flexibility without affecting interchangeable lenses. Olympus EZ14-42mm Micro Four Thirds lens has been a popular choice. It is affordable and allows for zoom control at a distance. The Mavic 3’s additional telecom is more of a research tool. However, it does not allow you to see a great deal and doesn’t offer many shooting options. The digital zoom is still useful, and the results will be impressive if you don’t get carried away with it.

The sensor sizes of both cameras are identical (assuming that you choose the Zenmuse X5S and the Inspire 2), and they offer all the usual features such as exposure bracketing, timed shots, and other features. Inspire 2 offers more creative freedom, with a longer hover time and a faster pack up.

Although the Zenmuse X7 has a larger sensor and higher resolution, there is a smaller supported lens list – only four lenses from DJI, each with varying lengths of 16mm to 50mm. 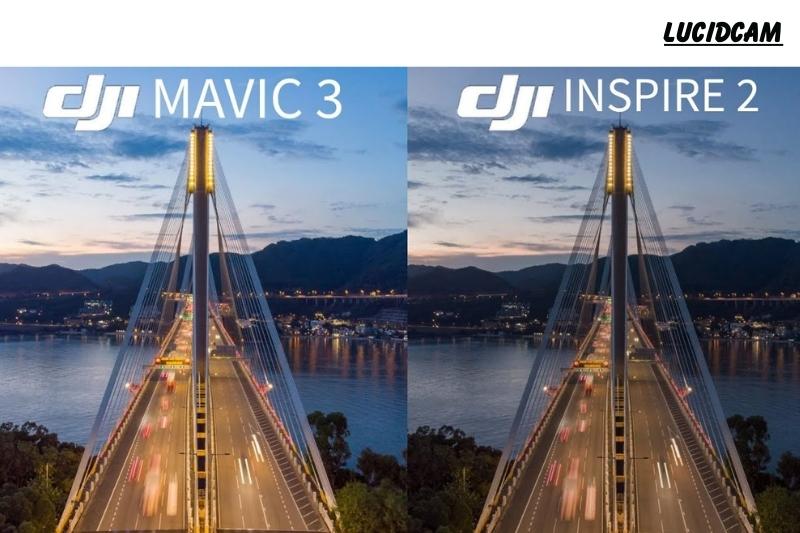 This is, in many ways, the meat of the comparison. Can the Mavic 3 Cine compact compete? Many users will find the answer to be a comforting yes.

The Mavic 3 Cine has the same resolution as the Inspire 2 with X5S. Although the specs of the X7 are not available, 6K is often sufficient. Inspire 2’s inability to use the maximum resolution is even more annoying. The Mavic 3’s ‘Cine” version includes a ProRes 422HQ license and a fixed 1TB SSD. However, not all Inspire 2s are sold with SSD cards. These cards are needed to record at higher bit rates. If you don’t buy a bundle, the license(s), which can be very expensive, must also be funded.

However, Cine’s 1TB limit is very strict before you can transfer content to another location. Inspire two owners to have the option to buy additional SSD cards and empty them later. DJI, however, uses its own standard.

Although they both hail from the same home, the Inspire 2 (Cine) and the Mavic 3(normal) offer a very different user experience. The Inspire 2 is the last drone to use DJI’s Go 4 app, while the Mavic 3 follows the consumer trend and uses DJI Fly. This is a mixed blessing. While the Mavic 3 is much easier to use than other DJI drones in the current range, the pros still love the Go 4 features.

While it is true that Go 4 has an advantage, we believe some anger may be a resistance to change. DJI Fly has everything you need to shoot video and has manual control over the key. However, the latter feels designed to conceal manual adjustment in the lower corner. Go four can take up a third of your screen with a nice click and drag dials that are quicker and more natural for professionals.

The Mavic 3 offers more subject tracking capabilities, but the software is still not as advanced as we would like. It also struggles to identify subjects. Both can track vehicles from 30 meters or more. However, the Mavic 3 can take a side-on position while the Inspire can turn its lens faster due to the hanging Gimbal.

Both offer collision avoidance. However, the Mavic 3 wins because, unlike the Inspire, it can see in all directions and plot avoidance for obstacles. We tested small tree branches moving in the wind, and the drone continued ‘on a mission. As of the 202 updates, the Mavic 3 has DJI’s modern treats such as ‘QuickShots’ and ‘Mastershots’. These can prove to be useful. The drone will fly (and edit) short, share-friendly clips.

Another landslide win for the Mavic 3! Inspire 2 uses older obstacle avoidance sensors, which are not as accurate as of the Mavic 3 sensors. 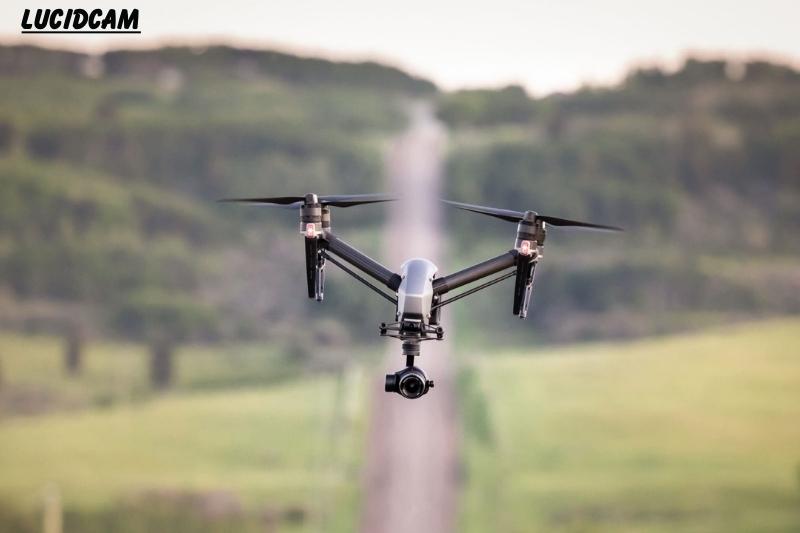 Professional users who don’t want multiple spotters for a job will find the Inspire 2 easier to see from far away.

The front and back of the vehicle are illuminated by bright LED lights that can be seen even from far away.

Although the Mavic 3 is responsive and quick, it struggles more to remain stationary in the high wind than the Inspire 2 due to its lighter weight.

The Inspire 2 is also able to swap payloads, which sets it apart from the Mavic 3.

You need the lightest possible camera to carry out a mapping mission. Then grab the X4S camera.

Do you want to take great videos and photos? The X5S camera is great for taking great photos and videos.

You need a cinema-grade camera that can capture high-quality images with many lenses. The X7 camera is a great choice.

Only one camera can be used by the Mavic 3; it is a great camera. However, there are only two focal length options and only one side of the sensor for the camera.

There is no clear winner when comparing the DJI Mavic 3 vs. Inspire 2. Both drones have their own set of features that make them unique and well-suited for different types of users. The Mavic 3 is a great choice for those looking for a powerful and portable drone that is easy to fly, while the Inspire 2 is a better option for those needing a more versatile and durable drone for professional use.

Lucidcam hopes you have a clear understanding of the difference between Mavic 3 vs. Inspire 2. Thank you for taking the time to read