Nowadays, everything is linked to the internet. Drones are no different. Consumer drones use WiFi to accomplish a number of purposes. People often wonder how drones fly and if they need wifi to fly. Modern-day drones operate using a GPS system that communicates with satellites in space. The information from the satellite is then sent back to the drone and used to determine which way the drone should be heading.

Do You Need Wifi To Fly A Drone? This is what we investigate. 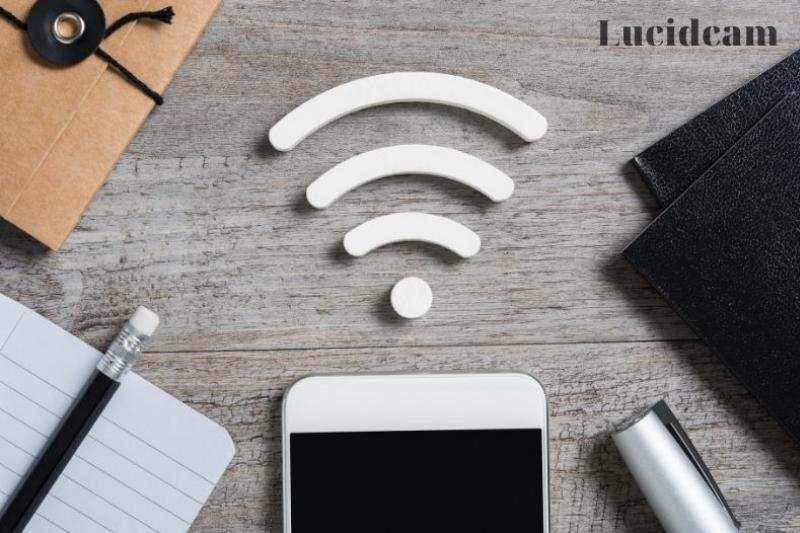 Wifi, in its simplest form, is a wireless network system that allows devices to communicate with each other without the need for a cable connection. This is a very important aspect of flying a drone.

Wifi uses radio waves to transmit information. This is why you might experience connectivity problems if your drone is flying in noisy radio areas such as busy cities.

Wifi is the most common way we use it to access the internet. However, it can also be used in many other ways.

You might have heard of the different wifi types offered by drone technology, such as 5GHz and 2.4GHz. These numbers refer to the frequency at which the data will be transmitted. Two things are important to know about each one:

The distance at which the signal can communicate. It can be really frustrating to find yourself in a field with weak or unstable connections. The take-home message is: 2.4GHz travels farther.

However, in real life, there are many factors that affect the speed, distance, and stability of wifi signals.

The DJI drone will automatically choose the best channel to connect to its controller at a 2.4GHz frequency when you turn it on. The reason for this is that longer waves are more suited for long-range communication, which is great if your drone needs to travel far. The 2.4GHz band is quite crowded.

Nearly every wireless technology that uses this frequency can use it! Baby monitors, old garage doors, and older-style cordless phones are all examples of this frequency. This can cause interference and instability in your connection. This is why my DJI drones fly on this frequency with a weak signal.

This frequency is what I use every time I fly my drone. I manually select the frequency of 5GHz from the GO4 App. I no longer get the unstable connection warnings that I used to receive all the time.

Drone flight is easier in the 5GHz band than in the 2.4GHZ band. You will also be able to fly at higher speeds. There is a tradeoff. This frequency will be less capable of passing through solid objects and walls. This is not an issue for most people as many countries don’t allow you to fly beyond your line of sight.

You may be able to extend your range with range extenders if you have range issues with this band. Drone pilots report a 30% increase in range.

WiFi allows you to control the drone and send live images forwards and backward. There are many other connectivity options available for drones. Each one has its own use case.

Do You Need Wifi To Fly A Drone 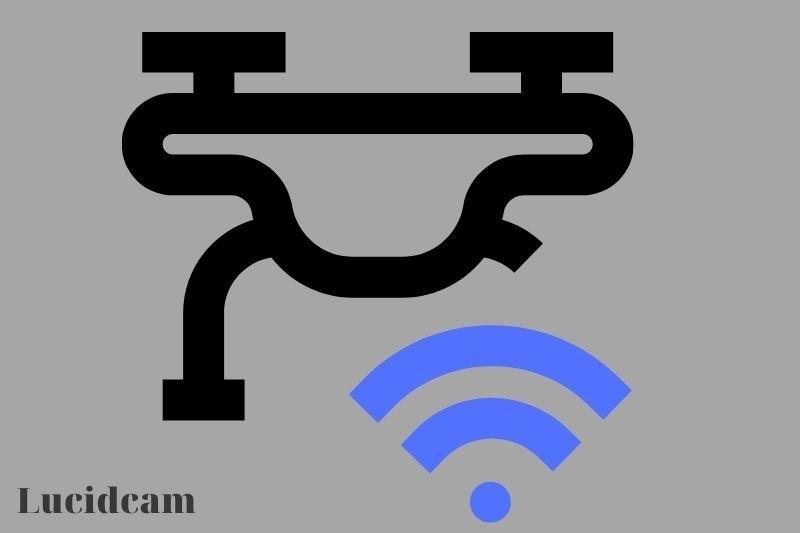 To fly your drone or take photos or videos with it, you don’t need wi-fi.

However, wi-fi may also be required for other purposes. For example, most drones require you to download an app before flying. For this, you will need either mobile data or wi-fi.

After downloading the App, you don’t need an internet connection to get it running.

DJI drones, along with other top brands, are capable of performing a waypoint or mapping mission using proprietary software packages such as Drone Deploy.

The software allows you to plot your drone’s mission and then upload it to the drone. You can launch the drone from your mobile device. The drone will launch, complete the mission, and land within a few feet of where it took off.

These devices can even return home for battery replacements and resume their mission, even when they are out of range of your radio receiver.

DJI’s local data mode was introduced in 2017 and cut off all internet connections between the drones and pilots’ smartphones. This mode is used to protect pilots’ data and privacy.

This “private” mode was released in response to US Army concerns about cyber vulnerabilities of DJI drones’ ability to save flight logs and photos onto their smartphone app, then DJI’s servers if the user wishes to do so.

DJI’s suite has now added the local data mode to its apps in the latter part of 2017, making DJI drones the clearest example of drones that can be piloted without the use of a live internet connection via Wi-Fi.

What Is A Drone’s Need For Wi-Fi? 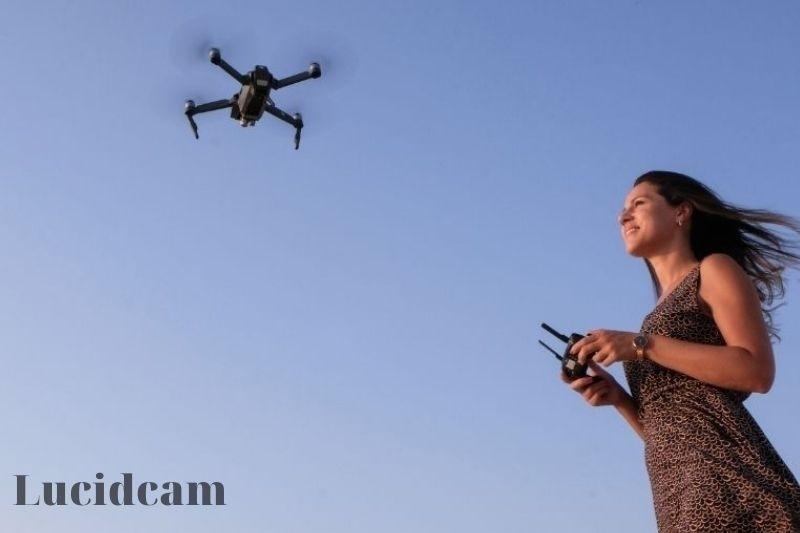 However, wi-fi is not required to fly a drone. However, some of its features may require wi-fi.

GPS has been a dominant feature in the drone market for the past decade. To make their drones safer, easier to control, and fly, many drone manufacturers include different GPS features.

So do you need wi fi to use GPS features?

Fortunately, no. Your drone’s GPS can work without wifi.

However, a GPS signal is required.

While some drone manufacturers include GPS receivers in their drones as well as their receivers, others only put them in the drone.

If there is no GPS signal on your remote control, your phone can receive it when you need it for functions such as Follow Dynamic Home Point and Me.

It is a good thing GPS doesn’t rely on the internet to work.

Manufacturers wouldn’t be able to enforce important restrictions such as geofencing, which prevents drones from crossing into restricted airspace. This was the case when the drone pilot was above the White House lawn in 2015.

The home point feature, which allows you to change the location of your home point so that your drone can return to it if it loses connection to your controller, is another important GPS feature.

All the convenient features of a drone will be available to you even in the absence of a WiFi connection.

Do Drones Use Bluetooth?

Bluetooth is a popular technology for connecting to drones and controlling them via an app. Because of its range, this type of communication is often found in toy drones. Bluetooth can reach 100m maximum connectivity in ideal conditions, while WiFi can reach 1000m. Bluetooth can only reach a distance of approximately 10 meters.

Why Does A Drone Require Internet? 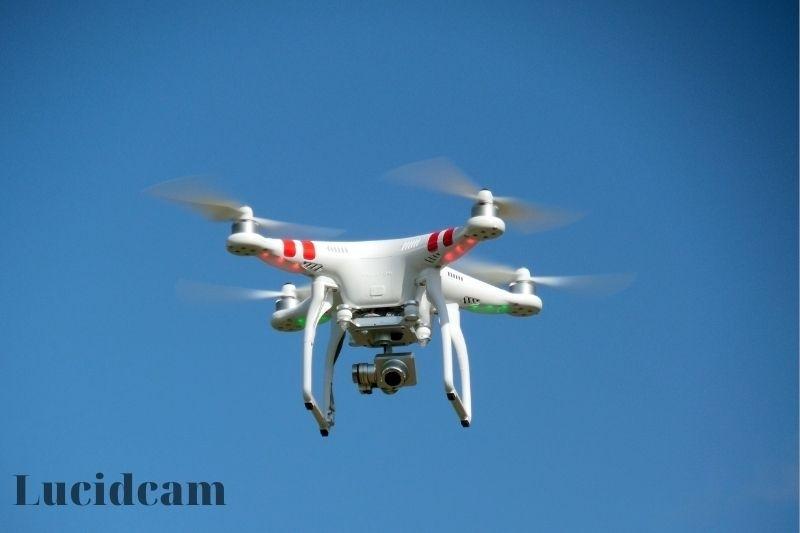 It is vital that your drone is connected to the internet regularly for a number of reasons. Regular internet connections will ensure that your drone’s software is up-to-date. Even if your flights are not frequent, you should still connect to your drone’s App in order for it to update all important services.

There are many drones that rely on WiFi to perform a variety of functions, including being remotely accessible.

Unmanned aerial vehicles (or drones) are WiFi-enabled to broadcast video to a smartphone, tablet, or computer.

Drones are just like computers. They have software that manages all the critical components. Firmware upgrades are regularly released by drone manufacturers to fix bugs or add new features to your remote control and drone.

You want to have the best experience flying your drone. Keep it and its firmware updated!

Get New Versions Of The App

Drone manufacturers use smartphones as apps to control their drones. This is an inexpensive way to equip drones with a smart controller that has a screen. It also makes it much easier for pilots to set up their drones. You’ll always have your phone with you.

The drone companies will release new features in the latest versions of their drone apps. These could include fancy new smart capture options, such as the boomerang selfie for DJI drones. Users can also report bugs and security flaws in the new updates.

Commercial drones use GPS to provide self-navigation and advanced photography, as well as for automation. These functions require that the drone has a current map. Regularly connecting your drone to the internet will ensure that you have the latest map updates. This includes updates to no-fly areas to help keep you legal! It will happen!

You don’t need to be connected to the internet once the map has been updated in the App. The DJI GO4 app offers the option to “cache the map in the background.” It will save the map data and use it while you fly, rather than downloading the data.

To save a portion of the DJI map, open it via an internet connection and tap the button to bring it up to the full screen. Zoom in and drag the map towards the area you’ll be flying. Take a look around to ensure you have covered enough area. This data will be used by DJI GO4 to replace downloaded data.

Stream your flight via the internet

You don’t need to be connected while flying your drone. Live streaming your flight to any social media channel is enough.

The Relationship between WiFi and Radio Wave Transmission

You must have the ability to communicate wirelessly with a drone to be able to control it from far away. Radio waves are used most often for this purpose. It is an invisible wave-form on the electromagnetic spectrum. Like all things that deal with waves, the frequencies of radio waves are measured in hertz (Hz).

Extremely low frequencies are found in the range of 3Hz to 30Hz, but extremely high frequencies can be found between 300Hz and 3000Hz.

Radio waves work by sending messages to the receiver and to the transmitter. You now know the reason your remote control for your drone is called an RC transmitter. This is the most basic explanation of how your drone can be controlled remotely via two-way communication.

Your drone and remote control device are paired by radio frequency identification (RFID) Any information or frequency broadcast via RFID are prefixed by the RFID to ensure that the receiver recognizes it and follows up.

Lower frequencies tend to travel farther and have lower power costs than those of higher frequency. Low range frequencies are also more powerful and can penetrate dense objects, making them great for remote controlling a drone. However, the frequency is more important than the antenna size. This is not ideal for a small drone.

So most remote control drones use 900Mhz for transmission. The majority of higher frequencies, in the vicinity of 2.4GHz, are transmitted via WiFi.

WiFi is used by many drones today because it transmits the high frequencies they use. Although ultra-high frequencies such as these don’t travel far or consume much power, they can be easily tapped into using smartphones and tablets. 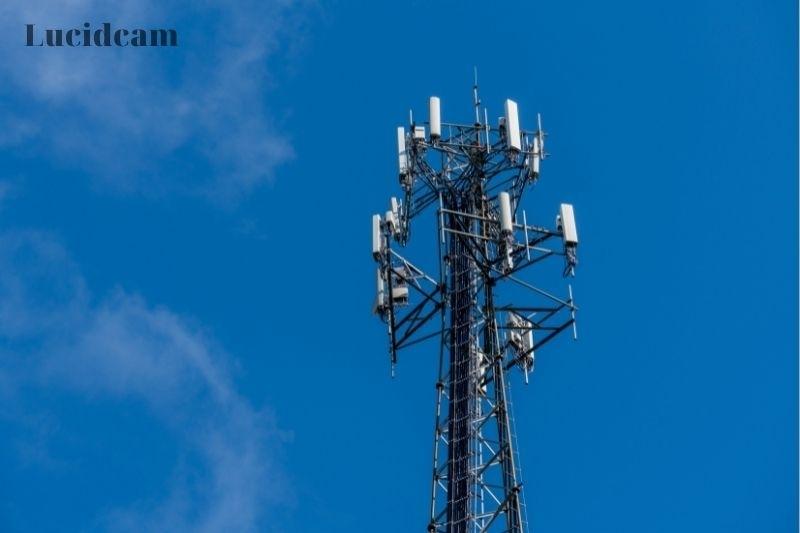 A drone does not require cell service unless you need to access any of these app features.

Some manufacturers might require you to sign in to certain features – such as the need for cell phone service to access data. To avoid no-fly zones or another geo fencing, you can record your flight duration and length. You can also access the flight permissions you have submitted.

While flying your drone, it is not necessary to use wifi. Your drone is actually using wifi to connect to the remote controller and send back signals to a monitor. Lucidcam hopes this article will be helpful for you. Thank you for reading.