A disposable camera is a camera that is intended to be used once and then disposed of. They are often used by students and holidaymakers as an easy way to take pictures without having to worry about the cost of care of a traditional camera.

In this blog, we will discuss How many pictures does a disposable camera take

What Is A Disposable Camera? 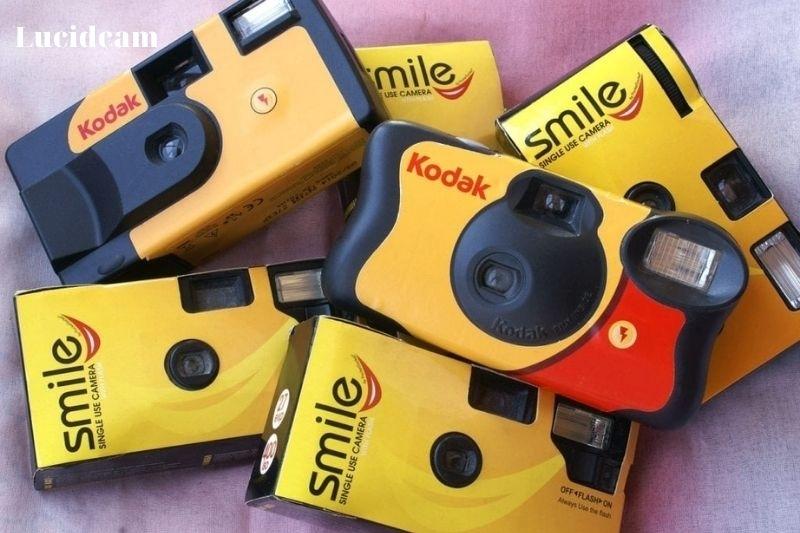 Disposable cameras are made of plastic cameras that come with preloaded Film. After you have filled the analog Film with photos, you give the whole camera to the developer. There, the Film is removed and chemically processed. The result is the film strips with images. You can print the film strips or scan them.

Anyone who was alive before the advent of the digital camera will remember the thrill of using a disposable cam. Each shot was valuable because you could only take a limited number of photos and had to wait for the results. Modern film cameras can take between 24 and 27 exposures.

After being out of favor with smartphones and digital cameras for some time, disposable cameras are making a comeback. This is due to growing interest in film photography as well as their durability and waterproof capabilities, low price, and lack of rechargeable batteries. Cameras are easy to use and can’t be broken or damaged. They are therefore well-suited for children’s use.

What Are The Functions Of Disposable Cameras? 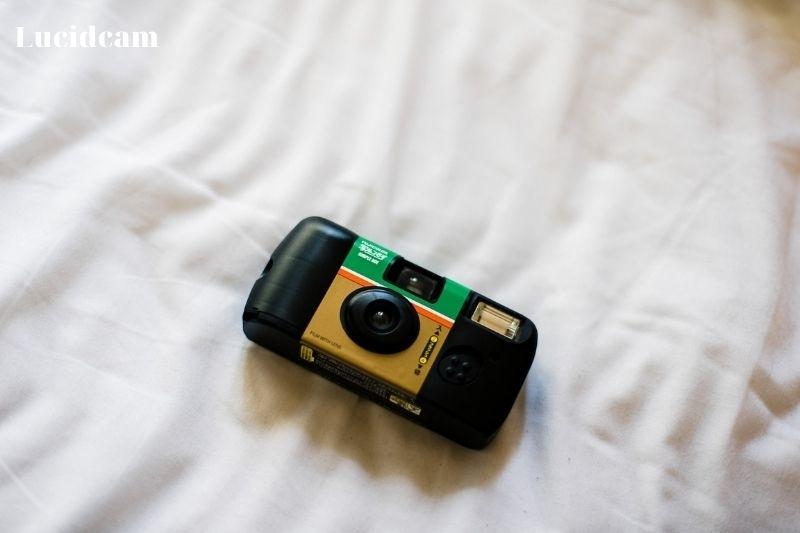 The first disposable camera, the Photo-Pac in 1949 by H. M. Stiles, cost $1.29. For some reason, this camera never made it to the mainstream. The disposable camera was released by FEX, a French manufacturer. Fujifilm introduced the disposable cam that was so popular in the past century in 1986.

This disposable camera looks similar to a point-and-shoot camera but uses Film instead. You only need to wind the film to the next frame and position the camera before you can take the picture.

Some models include a flash that can be used indoors. A disposable camera cannot, unlike digital cameras, determine if it requires a flash. Once all the Film has been used, the camera will need to be developed. You will need to take this to a store that offers this service. There, you can hand your camera over and get the printed images within a few minutes.

What Are The Different Types of Disposable Cameras 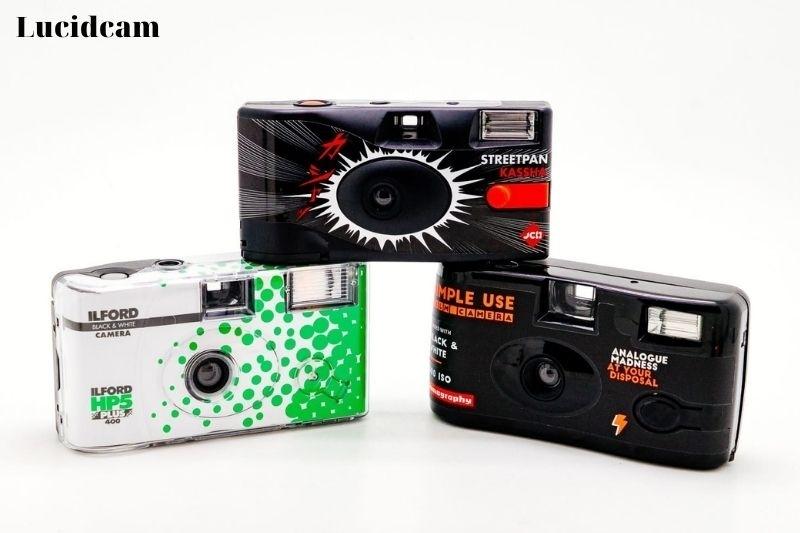 To capture beautiful images with a throwaway camera, it is important to understand your camera’s limitations. The majority of disposable film cameras use 35mm Film. Certain cameras have the Film built-in, and the whole camera can be mailed to be processed. You can also open other cameras and reload Film.

The main difference is when we look at the different types of disposable cameras.

Although disposable cameras were traditionally made from Film, digital models are now available in the United States. You can inspect and delete unwanted photos on the LCD screen. You don’t have to worry about whether you are wasting a valuable image or if the photos you choose will look good.

The waterproof disposable cam made underwater photography affordable to everyone, whether you were looking for photos during water sports, for recording colorful underwater life while snorkeling, or just for a quick shot in the hotel pool with friends. 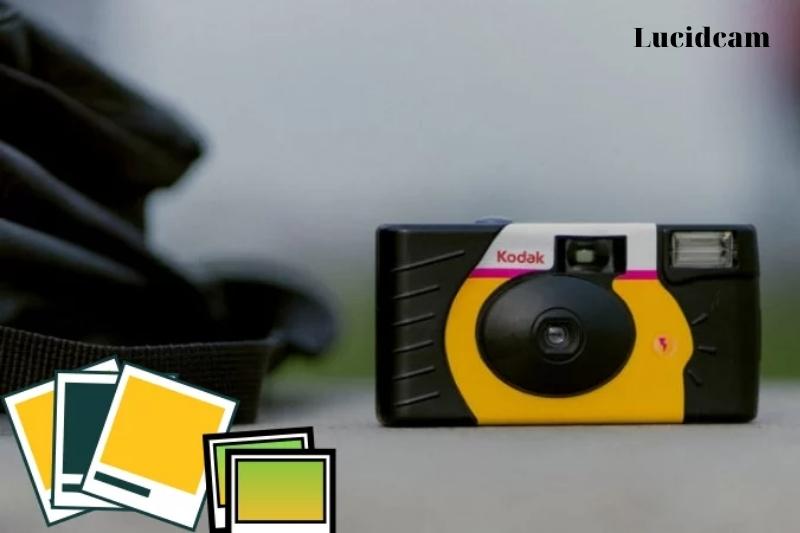 You may now be asking yourself, “How many pictures does a disposable cam take?” This is also a question I can answer. It is possible to take up 27 photos with a disposable camera.

There are three options: indoor, flash, and portrait photography. For portraits, bounce the light at a 90-degree angle from the subject. There’s more to a bounce surface than size. The color of the bounce surface will have an effect on the subject. If you’re an indoor photographer, these are the settings:

The quality of disposable cameras varies depending on their model. Digital cameras are more capable than analog film cameras, but high-end cameras can produce a decent image.

To capture beautiful images with a throwaway camera, it is important to understand its limitations and to know how to maximize them.

How Can You Get The Film From A Disposable Camera?

You must first wind the Film completely to the end. It should feel free when you’re done.

You can either take the entire camera and have it developed, or you can remove it yourself.

You will need a sharp-pointed tool such as a knife to get the film door off the camera’s bottom. These are the steps to take to remove your Film from your camera and save money.

How Does a Disposable Cam Work?

These little guys are simple to use, and that is what makes them so special. It’s easy to use and its operation is straightforward. It consists of a plastic body, shutter, and lens, as well as a flash circuit and film. The parts are listed below.

It worked like this: you open the gear on the right side, roll the Film, and press the shutter button to trigger the working gears and capture the photo.

Additional Exposures With A Disposable Camera

You will get 39 exposures with these models while only paying for 27. This not only gives you the opportunity to capture more photos with your disposable cam but also allows companies to sell more products. This is how marketing strategies work!

1. How many photos does a Kodak disposable cam take?

The Kodak FunSaver looks like other single-use cameras. It has a simple plastic lens and manual film advance. 27 exposures.

2. What is the maximum number of photos you can take with a Fujifilm disposable cam?

Fujifilm disposable cameras allow you to take almost 27 photos. This little guy packs a punch with a capacity of 27 photos. The Film can be taken to any local photoshop and developed.

3 . Are disposable cameras able to work in the dark?

Good lighting is essential for taking good pictures. Even though most disposable cameras come with a flash, they are best used in situations where it is not necessary. The better the light, In this instance, the sun was almost directly in front of the camera.

Although no one can predict how long a camera will last, a good camera can last 3 to 5 years. However, you may not get the same quality photos after that time due to damage to the temperature film. It would be better if you did not take any risks.

5. What do 27 exposures on a disposable cam mean?

27 exposure means how many photos you can take. ASA 400 is a medium-speed film that can be used for flash, indoor lighting, and outdoor lighting. ASA 200 is a slower film, meaning more light must enter the camera for good exposure.

6. How can you take pictures with a Fujifilm disposable cam

They can take some amazing pictures. In good lighting, they can take better photos and produce more interesting images. Although they came with a flash, good lighting will produce better results than low light. They can sometimes take better quality photos than digital cameras, and they don’t have the same saturation as disposable cameras. You just need to know how to properly use disposable cameras.

We hope this article will be helpful for you. If so, please share this tutorial with your friends and colleagues 😊. You can access our website Lucidcam to explore other information. Thanks for your reading!