San Francisco is one of the best cities in the world for drone enthusiasts, but where can you fly your drone? There are many regulations on what you can and cannot do with a drone. In this blog post, LucidCam gives all of you information about “where can fly my drone in San Francisco”

Many people consider San Francisco to have a very tech-forward vibe, but there has been much confusion about whether or not you can legally fly your drone in the city. The San Francisco Recreation and Park Department has one thing certain: if your drone is spotted in a city park, you could be subject to a $200 fine.

This is quite unfortunate, considering the area’s many parks. e.g. Golden Gate Park, Alamo Square Park, and Mission Dolores Park are just a few of the many parks in this area. According to the Trust for Public Land, San Francisco ranked third in a survey of the best parks in the country. You don’t want your drone to be caught flying there without a permit. 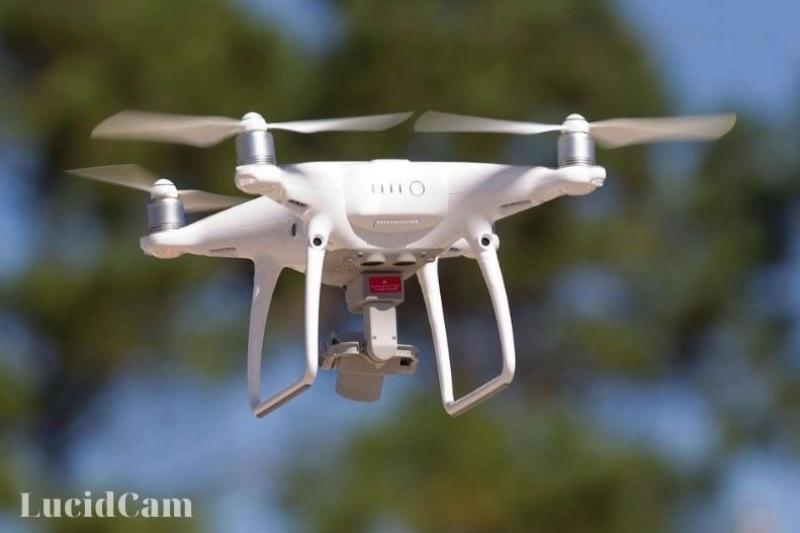 First, understand that drone flying in San Francisco or any other city is a recreational activity.

The FAA’s Recreational Flyer Rules apply to recreational drone pilots. These rules are available here. The FAA requires that you register your drone and complete the Recreational UAS Safety Test.

Part 107 regulations apply to commercial drone pilots. They require that you pass a multi-choice test in order to become an FAA-certified drone pilot. You can find more information about drone certification here.

When flying within five miles from an airport, drone operators no longer need to contact air traffic control. Both commercial and recreational flyers can now use the automated LAANC system for an airspace authorization. This allows them to fly in controlled airspace above and around many airports. You will need airspace authorization if you are operating in Class C, D, or E-controlled airspace. This can be done through FAADroneZone or LAANC in those areas where LAANC is not possible.

Where Can I Fly My Drone In San Francisco 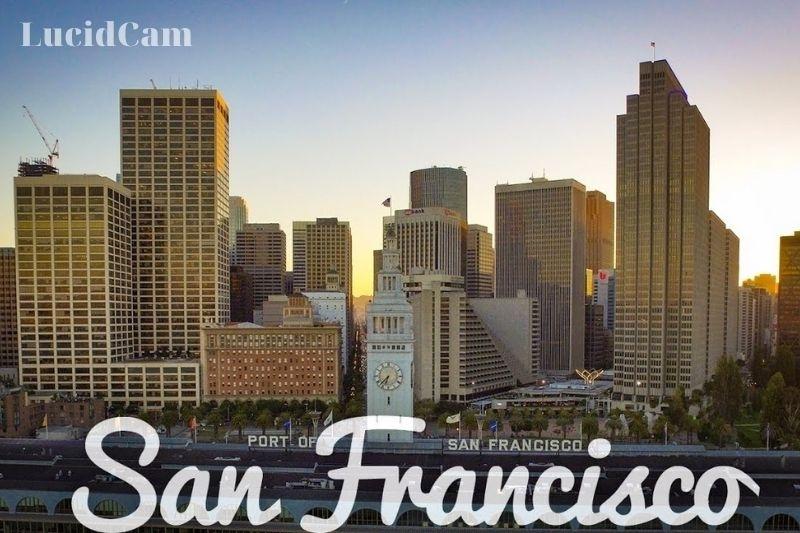 Here are our top picks to fly drones in San Francisco. These locations were chosen based on accessibility, airspace restrictions, and other attractions. Most of the places we chose are in Class G, uncontrolled airspace where permission is not required. We also highlighted any designated sUAS/remote airfields.

Blue Park is found on Yerba Buena Island, which is on San Francisco Bay. It is connected to Treasure Island, which was created by the U.S. Government back in 1936. The amazing views from the Park include the surrounding bay area and the skyline of San Francisco. From the Park, you can see both the Golden Gate Bridge as well as the Oakland Bay Bridge. The Golden Gate Bridge area is a no-fly zone. This location offers drone pilots an expansive view of the bay and allows them to do a bit of everything.

A public park is a small area of green space between Pier 39 in San Francisco and Pier 35 in San Francisco. This property is close to a marina, making it a great spot for watching boats. From this spot, you can see the Oakland Bay Bridge as well as the many islands in the bay. The area’s picturesque landscape will appeal to drone pilots.

Empowerment Park can be found on the east side of Lake Merritt, just outside San Francisco in Oakland. The Park, which covers 140 acres, is a National Historic Landmark. It offers breathtaking views of the lake. It is well-known for its “necklace lights,” which consist of 126 light posts and 3400 light bulbs. Many islands are located on the lake’s shores and serve as wildlife refuges. The sanctuary sees a wide variety of bird species year-round. It was established in 1870 and is the first wildlife refuge in the nation. Keep this in mind when flying a drone within the Park.

The Cesar E. Chaz Park is a park covering 90 acres that extends out onto San Franciso Bay, Berkley, California. You’ll be able not only to capture stunning views of the Bay Area but also great footage of the three bay’s bridges. The backdrop of San Francisco’s skyline in the distance is a great backdrop for photos and videos.

The entire property is made up of large, open grassy areas that make it a great place to fly your drone. You should avoid flying your drone in this area, as it is a popular spot for kite flying.

Half Moon Bay, California, is home to the Richardson AMA Field. It is owned by the PCC Flying Club. It is not only located across the street from farmland but also close to the Pacific Ocean’s shores. You can also check the live camera on the field to see the current weather conditions before you go. The area also has a large runway and a field around it. You can also capture incredible views of the Pacific Ocean from this location.

Flying “Near” to the Golden Gate Bridge 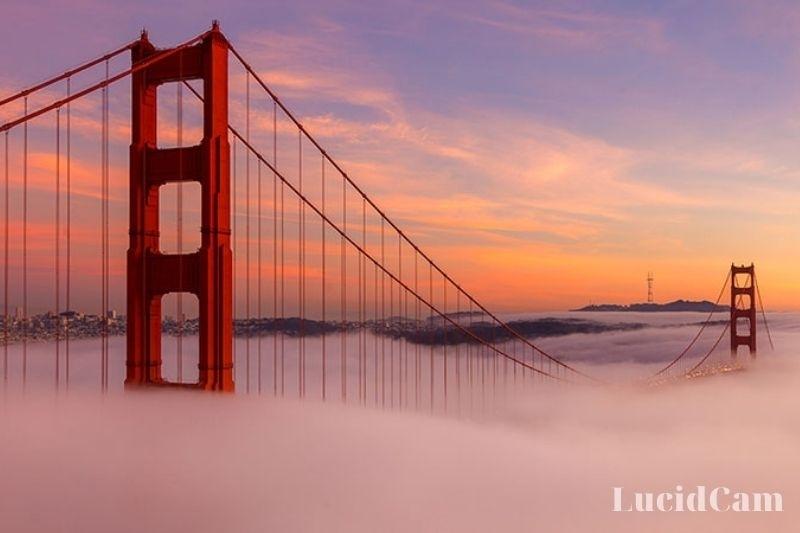 Although you can fly your drone within a reasonable distance of the Golden Gate Bridge, the term “near” here is not a precise term. You can fly your drone “near” the Golden Gate Bridge, but you cannot take off, land, or control it from another location unless you are on a boat. Other areas, also known as. The other areas (a.k.a. the land) surrounding the bridge belong to a National Park.

You will need a permit to fly close to the Hollywood sign. This permit is operated by the Golden Gate Bridge, Highway, and Transportation District. You can apply online for several types of permits that will allow you to fly your drone, including: 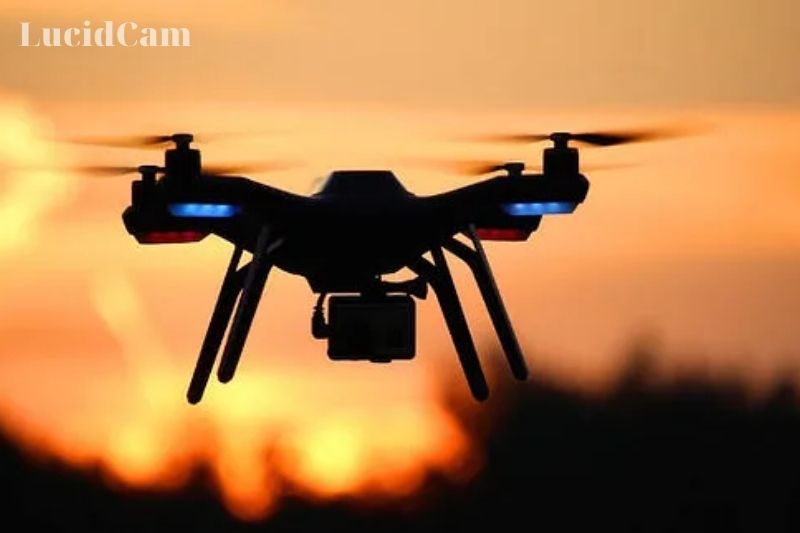 Federal laws regarding drones are applicable to all states, including California. This is where you will need to decide if you are going to fly your drone commercially (for business or work purposes) or recreationally (for pleasure or fun). Once you have made this decision, you will be able to understand the laws that apply to you.

You must comply with the FAA’s Part 107 Small UAS Rule as a commercial drone pilot in California. This rule requires that you pass the FAA’s Aeronautical Knowledge Test in order to obtain a Remote Pilot Certificate. If you are a government employee, you can fly your drone for them (e.g., You will need a federal Certificate of Authorization to fly your drone on behalf of the government, police, or fire department.

You must comply with the FAA’s recreational aircraft rules if you are a recreational drone pilot within California. You will need to pay $5 to register a drone weighing more than 0.55 lbs (253g). You can’t fly higher than 400 feet and must keep your drone within 5 miles of an airport. 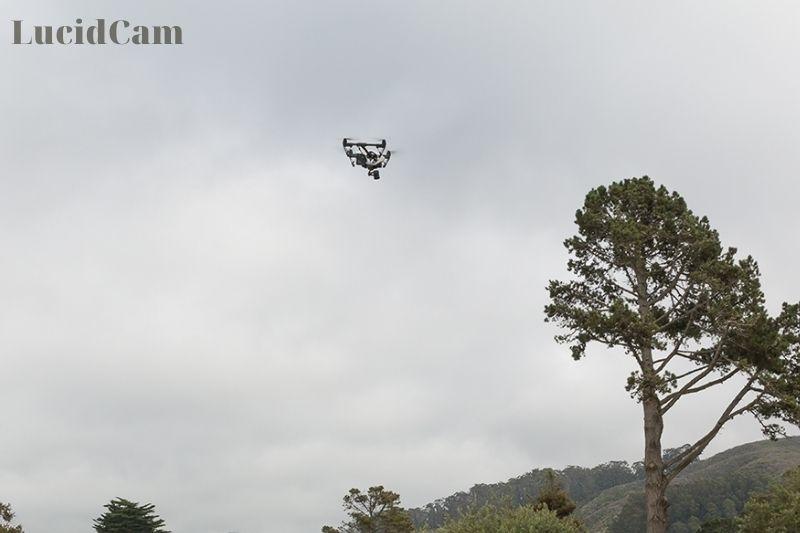 Some drone laws also apply to California. These laws were created by the California State Legislature.

First responders who cause damage to a drone while providing emergency services will not be held responsible.

Anybody who interferes with emergency responders responding to an immediate need will be charged with a misdemeanor.

You can’t enter airspace without permission to take pictures or record videos of someone engaged in a private, familial or personal activity. This law was created in response to the use of drones by the media to record footage of celebrities and public figures.

First responders can’t use drones to photograph crime scenes unless there is a valid reason.

Drones cannot be used in State Park nature preserves or cultural preserves. Before flying your drone in a State Park, you need to read the regulations. Each State Park might have its own regulations.

It is illegal to operate, launch, or land drones in parks that are part of the Orange Coast District. This includes Bolsa Chica State Beach and Corona del Mar State Beach.

Is it legal to fly drones in San Francisco?

San Francisco Parks policy states that no machine, apparatus, or aircraft (including rockets or model planes) may be launched or landed within the Park. Mylar balloons and balloons larger than 3 feet in diameter are not allowed.

Can I fly a drone on the beach?

A new rule was announced Friday that recreational drones are not allowed to fly within 30m of other people and must not be flown higher than 120m above ground. They cannot be flown above or below people, including beaches, parks, events, or sports fields that have a game.

San Francisco is a great place to fly drones.

Except where they are specifically permitted, drones cannot be operated within city parks. Drones are also prohibited within the San Francisco Bay Area Golden Gate National Parks.

Where can I fly my drone in California?

This article has a lot of great information for those looking to fly their drone in San Francisco, including general guidelines and specific rules. Lucidcam hope you find this article helpful as you look to take your next aerial photography or videography project!

If there’s anything we missed that should be added, please let us know below in the comments section so we can update our post accordingly.