Gimbals have transformed filmmaking, even for those on a shoestring budget. Gimbals provide steady motion capture without the need for a large amount of equipment.

Here are six different methods to use a stabilizer camera for sports video. We also provide advice and tactics to help you enhance your filmmaking abilities.

How To Use A Gimbal

A well-balanced camera rig will allow you to create smooth movements without jerks and it will also give you more runtime if you are careful. 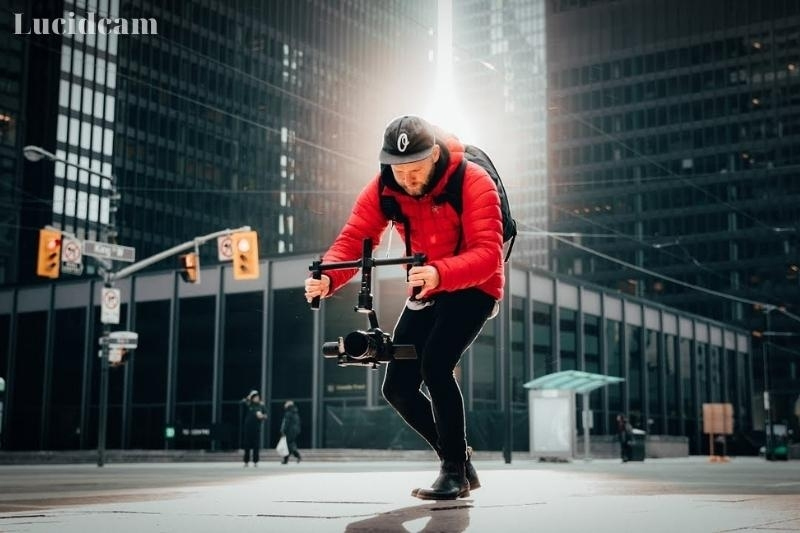 Camera movements are a key part of filmmaking. Every shot and every movement tells a story visually.

These are some gimbal movements you can make to improve your storytelling skills.

This is a technique that allows us to follow the action in the scene. To create depth, we move our camera slowly towards the subject. Or, if we want our viewers more focused on a subject and to look closer at it, we push our gimbal slowly towards that subject.

This camera movement is common in Hollywood movies.This technique is used when a scene ends or the director wants to draw viewers’ attention away from the scene on the screen.

To achieve this movement, you just need to slowly and smoothly pull yourself back and hold the gimbal/camera gear away from the subjects.As I said, every shot and every movement has meaning. You have to be careful with your camera movements. The rest will depend on how well you judge the needs of the scene or moment.

Slowly pulling out the camera signals to viewers that the current scene/action is over.

Your shot or subjects can be revealed by smooth camera movements side-to-side. Rather than showing your subjects in cut scenes, you can show them in a more cinematic and creative manner. Slide movements allow you to tell a story in one shot and cover more ground.

This movement can be achieved by simply holding the gimbal steady and moving in a straight horizontal direction from left to right, or left to right.

This creative method allows you to track your subject in the scene, either backward, forwards, or aside.

If you are using camera movements to create such motions, ensure that the distance between the camera’s subject and the camera is constant. Otherwise your footage could feel like it has been shot from a jump. Follow your subject according to their speed and try to keep them in the middle of the frame.

You can use your tripod to tilt or pan with your gimbal. But a gimbal is much more user-friendly and looks better.A gimbal allows you to adjust the length of your tripod, change the settings for the tripod head, etc. You just need to make slight movements in order to create such a shot.

Here Are Some Tips For Shooting With A Gimbal 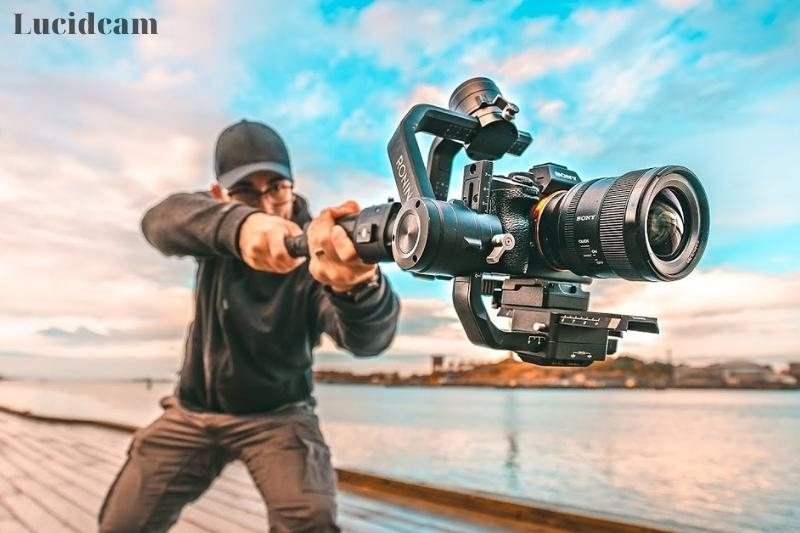 CPlan your shots.Before you get out there with your gimbal and start trying to capture one good shot after another, plan ahead.

Gimbals can give you an edge, or an advantage, but you can make your footage a little more interesting by adding motions to the shots.You don’t need to make your shots look boring. Add objects in the background.

To give the scene a more dominant feel, try to photograph your subject at low angles using an orbital/circle motion camera movement.

Ways To Use A Gimbal In Sport Footage 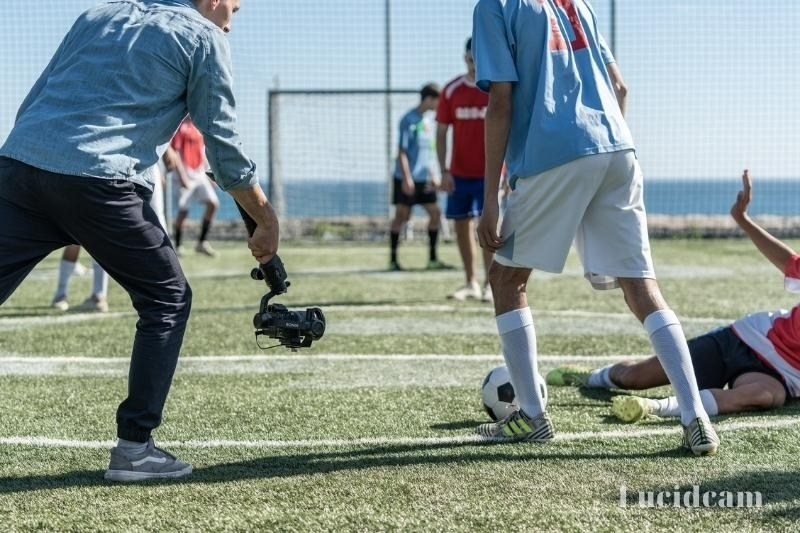 Although it can be difficult to film sports, it is also a great opportunity for creativity.Filmmakers can create an immersive experience by following the action in close-up shots or outdoor sports.

Video stabilizers are versatile, so why not take advantage of them?StayblCam is a lightweight gimbal that allows you to explore different techniques and move freely.

For dramatic effects, you can either raise it high above your head or lower it.

Gimbal stabilizers can be used to mimic a doll.The classic push-in and pull-out shots can be captured by moving the stabilizer forward or back.

You can also hold the camera vertically or inclined and push it in at a low angle. Tilt-up or down, pan, and tilt it up or down. There are many options. You can capture some great sports footage as long as your subject is in front of the camera.

To capture the best footage of sports, it is important to keep your camera steady and in focus throughout the game. It’s impossible to use a tripod to stay still when shooting sports. But you still want to move. A gimbal stabilizer is a great option.

You can use your phone’s gimbal or GoPro gimbal to make your body a tripod. Standing in one spot, move your camera in the direction of your subject by rotating your body in the same way as the subject.

This shot can be used for any sport that requires the camera to focus on a moving subject at a shorter distance. For example, a swimmer or a player in baseball.

Parallax shots are 360 or 180 orbiting motion that has the subject in the center of the frame. Smooth footage can be captured using a gimbal to show the action from all angles.

This shot can be used for many sports but is best for indoor, slower sports such as snooker or darts. It doesn’t matter if your subject is stationary or mobile. However, this shot works well if you are within a reasonable distance of what you’re photographing.

A video stabilizer’s biggest advantage is its weight and size. This allows you to transfer the camera to another operator during a shot You can take continuous, uninterrupted shots in places that might otherwise be impossible.

This shot is best for Parkour. Operators can stand at different levels and hold the stabilizers to one another, while the subject leaps, jumps and rolls over obstacles.

It is possible to capture fast-paced, long-distance sports like cycling and marathons using a moving car or motorbike. You can do the same with your phone without a car mount.

Hold your stabilizer in one hand and point it at the passenger window. You can also stick it out of the window as you film.

Depending on the sport and your gimbal, you may film your subject running, walking, or biking alongside you.

You can take your sports footage to the next step by following your subject in a wide shot, without having to stop recording. This requires some skill and fitness. It’s worth it, as you’ll be able to capture amazing angles.

This type of footage is usually taken during extreme or winter sports. The filmmaker often records the athletes while they are actually doing the sport, such as skiing, skydiving or skateboarding.

A gimbal can be used to stabilize your shot while you follow your subject. You should choose the best camera stabilizer to do the job. It should be strong enough to withstand bumps.StayblCam can withstand rough terrain and is extremely durable. It is also waterproof. It can also go wherever you want it to.

You don’t have to film extreme sports if you aren’t ready. Instead, shoot a half-court basketball match while running.

Tips For Getting Better Sports Footage 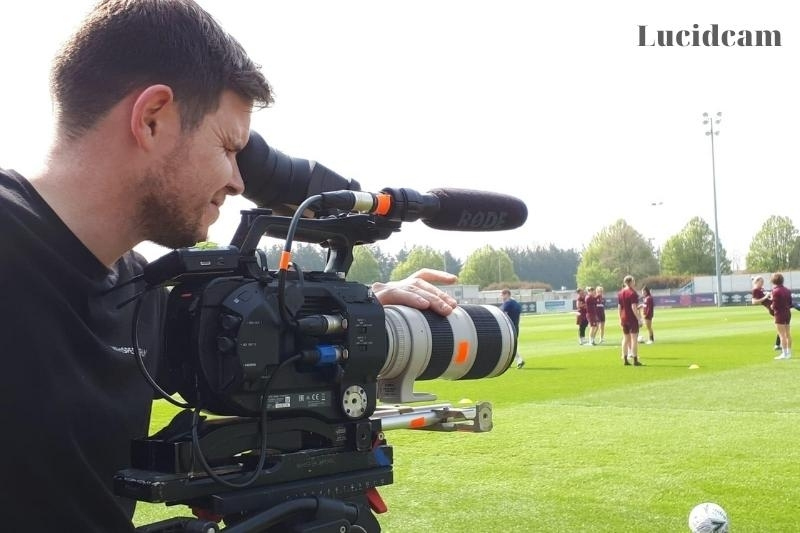 It takes a lot of timing and intuition to film sports. These are some simple tips to help your sports footage stand out.

Wide shots are better than close-ups. It is difficult to follow the action if your zoom-in is too much.

High ground is best for the best view. Spatial relationships can become confusing if you are too close to the field. The relationships between players will be less blurred if you film as high as possible.

Do not zoom too fast and try to make slow, steady movements. Jerking and unsteady zooming can distract from the camera and cause blurry footage.

Predict what’s coming. Mentally keep an eye on the play to make sure you don’t miss any of the action and get the best angle. 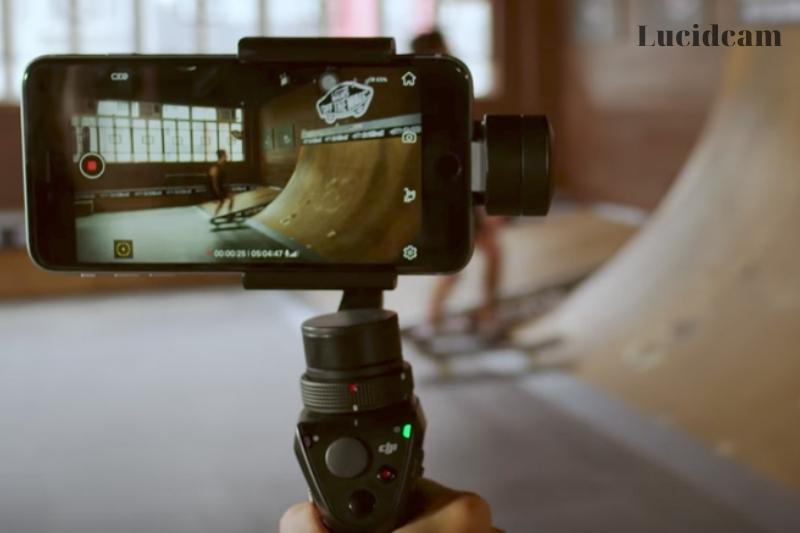 How do you use a gimbal for beginners?

You can learn more: How Does A Gimbal Work: Top Full Guide 2022 to improve your knowledge

What is a smartphone gimbal?

Gimbals are handheld mechanical stabilizers that can be used to capture smooth, cinematic footage without the use of a tripod or expensive dolly.

Do you need a gimbal?

Gimbals are excellent for stills and shooting from difficult angles. They are considered an essential piece of kit for videographers. Gimbals are capable of automatically correcting for unexpected bumps and jolts during filming or photography using a variety of algorithms, motors, and gyroscopes.

A phone stabilizer or GoPro gimbal is a versatile and affordable addition to your filming tools. This can make your filming experience even more enjoyable. Technology is constantly changing. The rules of filmmaking are also changing. Have fun! Explore, experiment, and make your own rules.