There are many different types of cameras on the market today. Two of the most popular are the GoPro Hero 10 vs iPhone 13 Pro. Both have their own unique features and benefits. Here is a comparison of the two cameras to help you decide which one is right for you. 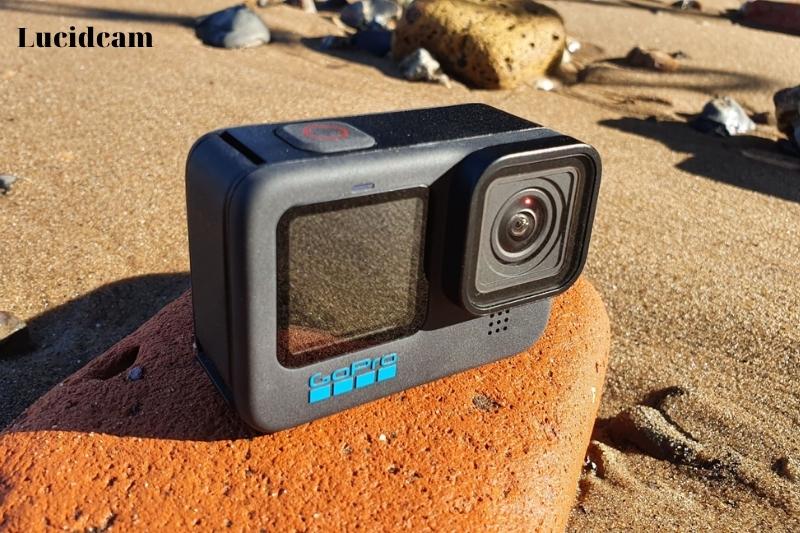 The GoPro HERO 10 Black is almost identical to the Hero 9 Black, but the internals has been given a significant power boost. The all-new GP2 processor powers the camera and allows for improved video and still capture.

This camera can record video at 60 frames per second, 4k at 120 fps and 2.7k/1080p at 240 fps. It can also capture fast-moving high-resolution action or slow-motion footage.

The new HyperSmooth 4.0 video stabilizer on GoPro HERO10 Black is also a great feature. It works in all modes and produces 23MP photos with the best low-light performance.

The upgraded image stabilization allows you to tilt the camera up to 45 degrees, and it will still smooth out the results. The GoPro Hero 10 Black has five digital lens simulation modes that allow you to create different views.

The front-facing screen of the GoPro Hero 10 Black can be used to record live videos or take selfies. The cable allows for quick camera-to-app content transfers and automatic uploads to the cloud. It is waterproof up to 33 feet and can be mounted to any object. The GoPro Hero 10 Black action camera is by far the best. 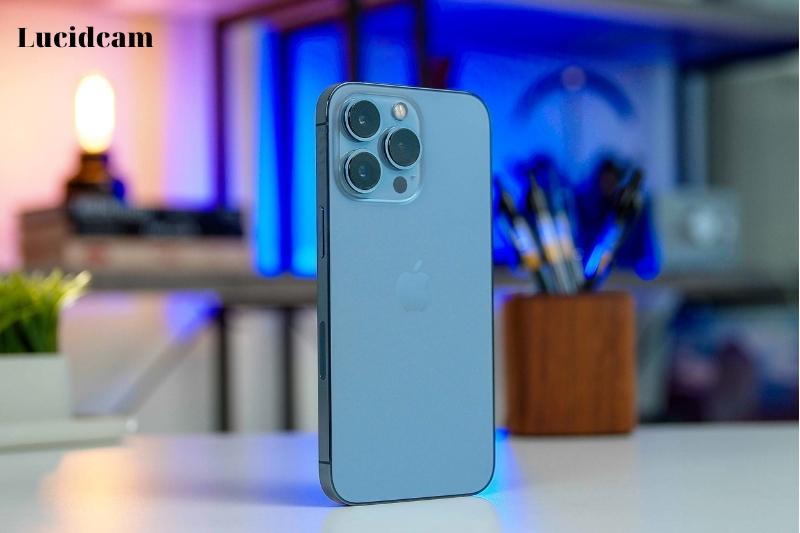 The iPhone 13 Pro includes a LiDAR sensor that allows you to focus in low light, among other applications. You also have the option to take RAW photos and 5x optical zooms.

The iPhone 13 Pro also features a highly capable computational photography technology that can produce clear night images with a tiny sensor. To make your subject stand out, you can adjust the background using Depth Control.

It is worth noting that the iPhone 13 Pro excels at taking stills and videos in natural light, especially with color and tone. You can shoot handheld and still capture smooth cinematic shots.

The stabilization motor allows you to capture seamless shots even with a shaky hand or clumsy foot. The iPhone 13 pro’s IP68 rating allows it to withstand up to 6 meters (19.6ft) of water for 30 min.

You don’t have to worry about it getting caught in torrential rain or being taken for a swim or snorkeling. The iPhone 13 Pro is better suited for conventional photography. This is a powerful travel camera that you can carry around in your pocket. 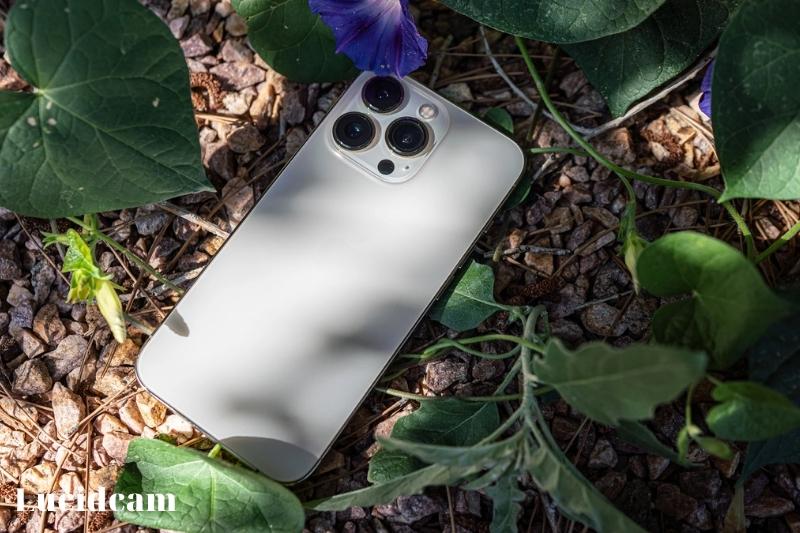 You’re probably already familiar with the process if you have an iPhone. The iPhone camera can be accessed with a quick swipe. Once you are familiar with the buttons on your GoPro, you can quickly take great photos and videos in any circumstance. However, practice is important!

The iPhone wins speed-wise. The lock screen allows you to start the camera in a matter of seconds. GoPro Hero 7 and 8 take approximately 3 seconds to get up. GoPro has also improved its processing speed with the GP-2 processor on Hero 10 Black.

The latest GoPro models can be waterproof in the truest sense. They don’t require extra housing to keep them dry. You can take perfect quality videos and photos underwater with your GoPro.

The iPhone (X), 11, 12, 13, 13) can theoretically be waterproof. However, Apple’s latest iPhone models can only be waterproof or splash-proof by a few meters (IP68 certification).

A GoPro is more recommended if you plan on recording beach or underwater videos. An iPhone can be used to record vlogs at either the beach or pool. However, it is not recommended for diving or snorkeling videos.

GoPro’s main selling point is its ability to record smooth videos and perfect stills, despite any movements. Hyper smooth is a feature on Hero 9 and 10 Black. This electronic image stabilization helps to produce seamless videos when filming fast-paced activities like adventure sports.

Camera shakes aren’t as obvious and transition smoothly if there are movements. This feature is why many athletes use the gear to record their activities.

Apple has also added a sensor-shift IS to the iPhone 12 and 13 (all variants). This technology stabilizes the sensor and not the lens, which makes it unique from other IS. This innovation is used in many DSLRs today.

It’s safe to say that GoPro still wins this category despite Apple’s attempts to include an IS on their mobile setup. HyperSmooth lets you record 4K videos at 60fps with minimal camera shake. 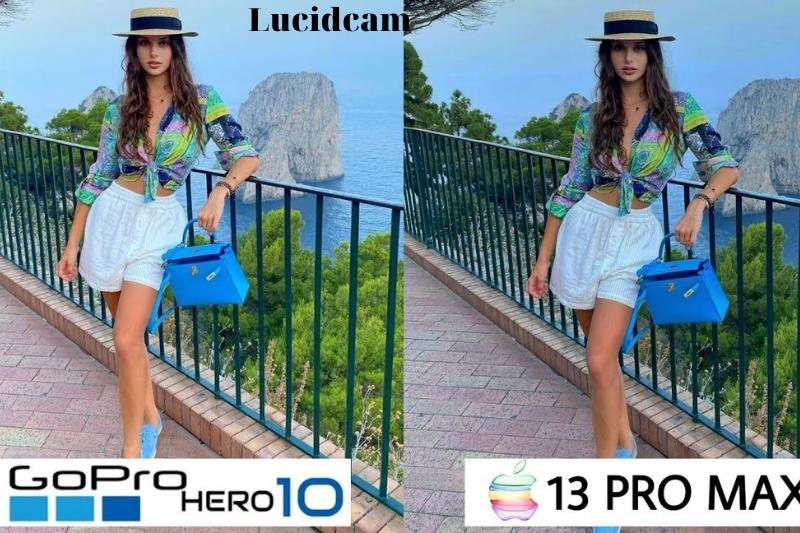 The iPhone 13 Pro has both Optical image stabilization (OIS) and Electronic Stabilization (ES). GoPro Hero 10 Black, on the other hand, uses its advanced Hypersmooth Stabilization, which produces super stable footage in all conditions.

The image stabilization on iPhone can only slow down a slight shake. The GoPro is still a better choice, especially for action videos. The iPhone’s shots look much more chaotic, especially when you consider fast movements.

The GoPro, on the other hand, has outstanding HyperSmooth stabilization that allows it to maintain focus even in extremely shaky situations. So, if you are planning to shoot action videos, GoPro is definitely better than any iPhone

The GoPro isn’t a great camera for “conventional” photography. It doesn’t have a camera viewfinder and has a wide lens. These are both limitations that make it less suitable for traditional photography. It is difficult to switch between video and film, and it doesn’t allow you to control overexposure.

The iPhone’s camera is quite good. It can capture still and videos and the latest versions can record 4K and slow-motion videos. It’s a better camera for general usage.

This type of computational video tech is something we’ve seen before on apps such as Focus. It’s simply beyond the GoPro Hero 10 Black.

GoPro’s closest competitor is the GoPro Max. This allows you to choose where the camera will be pointing in the 360-degree, spherical video it records in post. The two lenses could theoretically also create depth maps. The Hero 10 Black is a traditional action camera, and it feels very old-fashioned compared to depth-of-field trickery on smartphones.

Small cameras capable of shooting professional-looking videos are a growing market. That’s why Sony launched last year the Sony ZV-1, which we believe is the best vlogging cam. The clock is ticking at the top. The ZV-1’s YouTuber-friendly trick, called “Product Showcase“, allows the camera to quickly shift Focus from a person’s head to a product held up before returning to the presenter. The ‘Cinematic mode, while not helping us become home-based Tarantinos, is perfect for these everyday tasks.

The GoPro Hero 10 Black is now in a strange place. Although it lives in a world far removed from the computational video, it is very likely that its world will still be populated by ‘cinematic’ smartphone tricks. Not every still photo that we take in portrait mode is taken in this way. Apple’s first attempts at the portrait-style video will still have limitations. Cinematic mode, for instance, is limited to a resolution of 1080/30p. Apple’s demo also lacked speech.

Although the Hero 10 Black only has one lens, that lens is still GoPro’s best trick. HyperSmooth stabilization is what it uses. It is able to reduce judder in almost any situation. The Hero 10 Black’s GP2 processor allows it to work at its highest settings, such as 5K/30p or 4K/60p.

HyperSmooth recently added a useful “horizon leveling” tool to its arsenal. It keeps your horizon stable, even when your camera is turned sideways – the Hero 10 Black can correct up to 45-degree turns. This works great and allows you to capture video that is impossible with a smartphone.

The Hero 10 Black has many advantages over smartphones, but the disadvantages of phones can also be strengthened by the limitations of these devices. The fragility and importance of phones make them dangerous and difficult to use in dangerous situations.

They are also too small and awkward to fit into tight spaces. Notifications and phone calls can interrupt your video shoots. The question is if GoPros are to become our phones’ waterproof stunt doubles will they have to learn new video tricks such as ‘Cinematic mode? 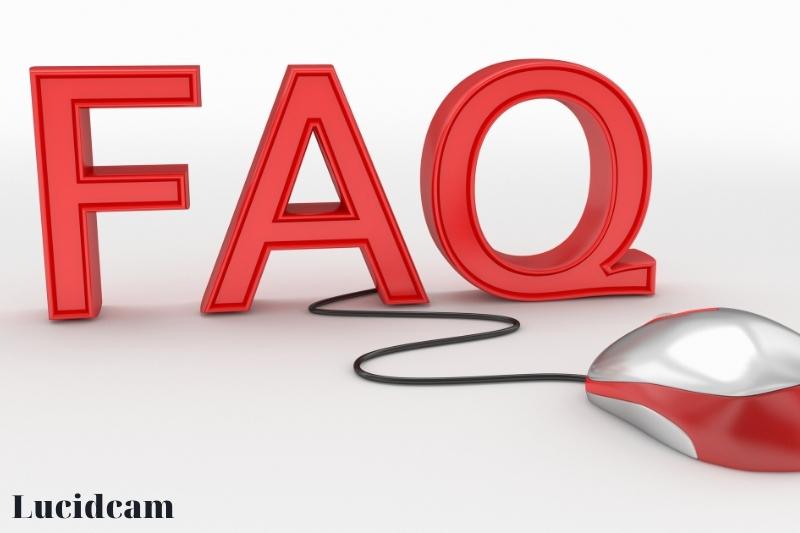 Is GoPro more powerful than iPhone?

It all comes down to personal preference and what kind of activities are you interested in. While the iPhone is great, there are certain things it can’t do that a GoPro can. A GoPro is a great choice if you’re more interested in photography and vlogging.

Is the iPhone 13 Pro equipped with a better camera?

How long can the GoPro 10 battery last?

Both GoPro and iPhone are excellent gadgets. Do you really need a separate camera when your smartphone can do it all?

However, the iPhone 13 Pro Camera does have some features that the GoPro HERO 10 doesn’t have, like a better sensor and optical image stabilization.

It’s still important to keep in mind that while the GoPro is a rugged camera that, thanks to its design, will survive some falls and a rough shock, the iPhone is still primarily a phone that’s not designed for extreme use. In the end, it really depends on what you’re looking for in a camera.