The GoPro 6 and 7 are two of the most popular action cameras on the market. They both have a lot of features that make them great for shooting video and photos while you’re participating in any activity. But which one is the best for you? In this blog, we will take a look at the major differences between GoPro 6 and 7 to help you make a decision about which action camera is better 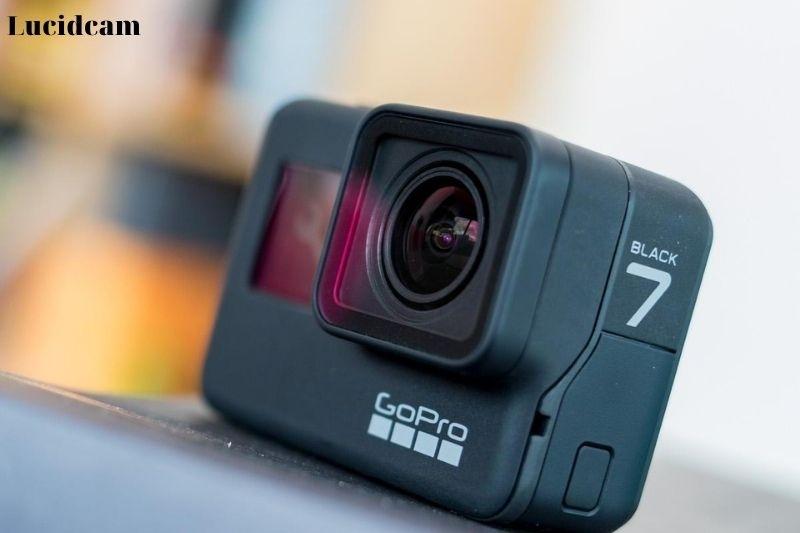 They look almost identical from the outside with minor differences. The model’s number is now prominently printed on the sides. The body of the H6 had a slightly ribbed texture; the Black does not. The microphone holes at the top and sides of the new model are slightly larger, while the grid over the microphone on its bottom is different.The cameras look identical from the outside, except for the small details. The cameras are identical in weight, dimensions, buttons, compartment doors, screens, and screen sizes.

Both are waterproof and can be used together to protect your equipment down to 33 feet (10 meters). You can purchase a separate SuperSuit diving housing to protect against water pressure and provide greater protection. They are both compatible.

Both are identical on the inside. Both cameras use GoPro’s proprietary chip, the GP1.To meet the demands of data crunching, they have reportedly increased the clock speed for the GP1 in H7. The same lens is used by both cameras. Based on the videos and photos coming out of them, it also appears to have the same sensor. 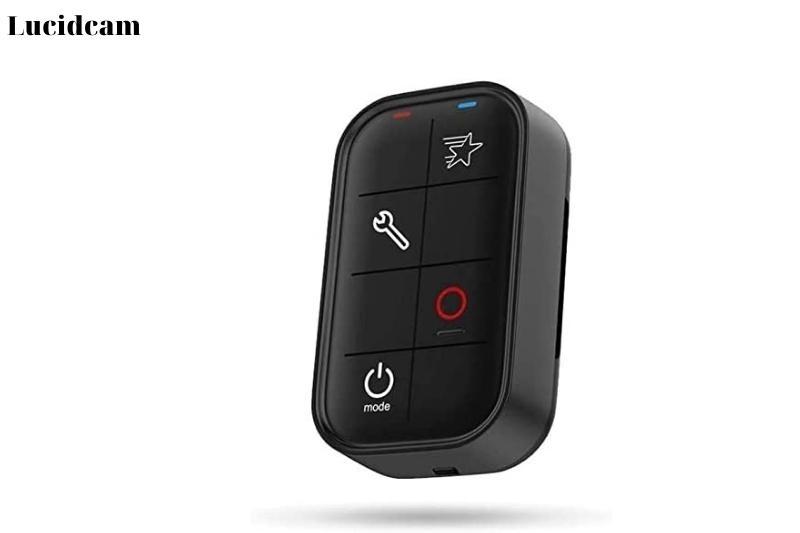 The touchscreen system that is on both the front and back of the device acts as both a live view display and the primary way to access the settings or preferences in the menu system.

In the H7 Black, the design and appearance of the menu system have been updated.The Hero 7 Black features tweaked icons with the occasional pop of color. A green icon indicates a fully charged battery, while a red icon signifies one that is about to die. You can now change shooting modes by simply swiping left or right rather than using a popup menu. However, it won’t save you any clicks as you have to confirm that the model is correct. 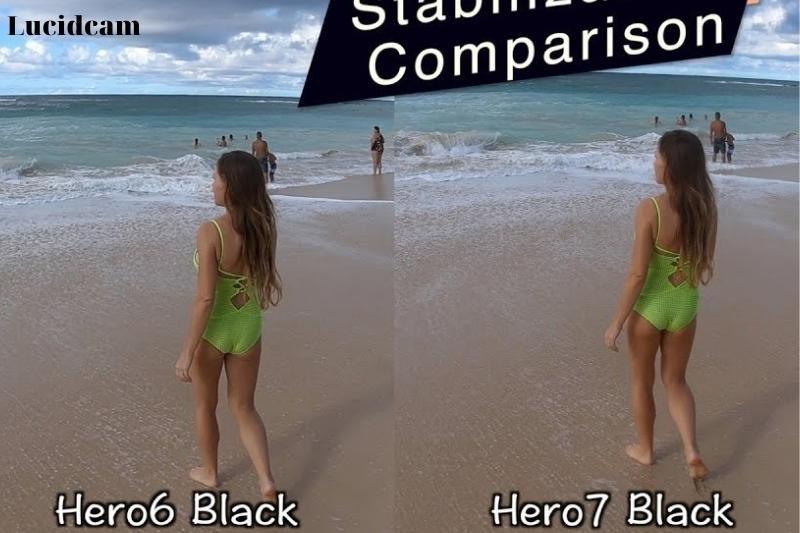 Both cameras have in-camera electronic stability, but the Hero 7 has a better version. This version of stabilization, known as Hypersmooth is extremely effective and works well even in fast-moving situations.

Both cameras can be operated with voice control. This feature allows you to do many things, such as switch modes, start/stop video recording and take photos.

Although both models use a 1220 mAh battery, in real-world usage the Hero 7 Black’s battery lasts longer than the Hero 6 Black with the same settings. The difference is not significant.

Both cameras can save JPG and RAW files, and they are very similar to still photography (12MP). The Hero 7 Black also has SuperPhoto, an enhanced photo mode that produces a better quality image. This is possible because of several automatic, in-camera processing tools such as HDR, local tone mapping and multi-frame noise removal, which can often be combined to produce vibrant pictures.

Hero 6 also offers an optional HDR mode. However, it only covers one of the enhancement methods used in SuperPhoto.

Both cameras have a time-lapse. However, Hero 7 Black has a new version. This feature, known as TimeWarp, allows you to take amazing stabilized shots even if your camera is moving. Time lapses are usually shot in one spot.

These cameras come with three microphones built to record audio. However, the sound quality is not perfect. If you are serious about vlogging, we recommend external microphones.

SuperPhoto is a feature option in HERO7 Black that can be used to improve photo quality.HDR technology is used to optimize image processing based on lighting, movement, and other conditions.SuperPhoto can be turned on to capture images with a greater dynamic range of luminosity, so details in shadows and highlights can be maintained.

Fisheye effect is always caused by wide-angle lenses.HERO 7 Black’s Touch Zoom feature allows you to zoom in on the scene to reduce distortion and widen your field of vision. The video quality may be affected.

While most of the video options remain the same, there are some areas that have been enhanced with the new model.

Framerates. This area has seen a significant upgrade, which could prove to be crucial for many users, particularly those who want to do slow-mo. The H7 Black has a faster framerate and higher resolutions. The H7 Black’s fastest framerate is still 240 frames per second, but that was only possible at 1080p. The H7 can achieve 240fps at 1080p and 960p, respectively.

Here are more details about the different resolution/framerate combinations for the H7 Black and H6 Black.

Bitrates. Bitrates are a measure of how much data is being used to create video data. A lower bitrate means that less compression is being used, which correlates with higher potential quality. Because there are many other factors that can also affect video quality, I say “potential”.

There are many bitrates available for different recording modes. However, the maximum bitrate on both models is 78MB/s (megabits/second). Variable bitrate encoding means that the bitrate may vary slightly from clip to clip.

Video Codecs. Both cameras save the majority of their video files to MP4 containers that have an a.mp4 extension. Both cameras use a mixture of the older, less efficient H.264 codec as well as the more compatible and modern HEVC H.265 Codec.

The way this mix works is slightly different. The H6 Black uses HEVC only for the highest video formats, and the rest is compressed using H.264.The H7 Black allows you to choose to use HEVC or the H.264 for most videos. Some video modes that are extremely high can only be used with HEVC encoding.

NTSC/PAL.You can choose between NTSC or PAL formats with both. 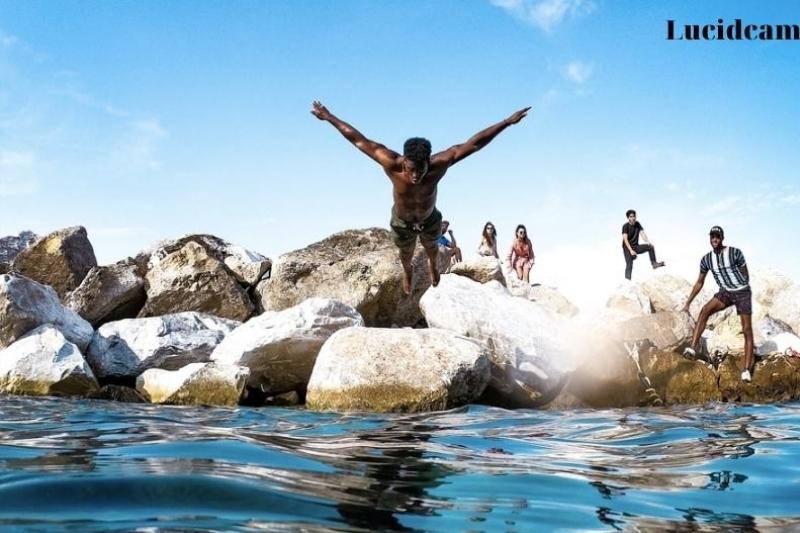 Although both cameras have in-camera electronic stability, this feature is the most persuasive to convince you about upgrading. This is why GoPro’s marketing campaign heavily features it.

The HERO6 Black features in-camera electronic stability to make video footage more smooth right out of the camera. Although the H6’s stabilization was better than that of H5 Black, it was still subtle.

HyperSmooth is a new version for the in-camera electronic stability of the HERO7 Black.

Both cameras feature a zoom function. I am ambivalent about this feature, and I rarely use it for two reasons. It’s not an optical zoom but a digital zoom. It’s somewhat like an advanced crop. Because it maintains the same output resolution, it makes more sense for video than still photos. Its disadvantage when you shoot video is the poor image quality. 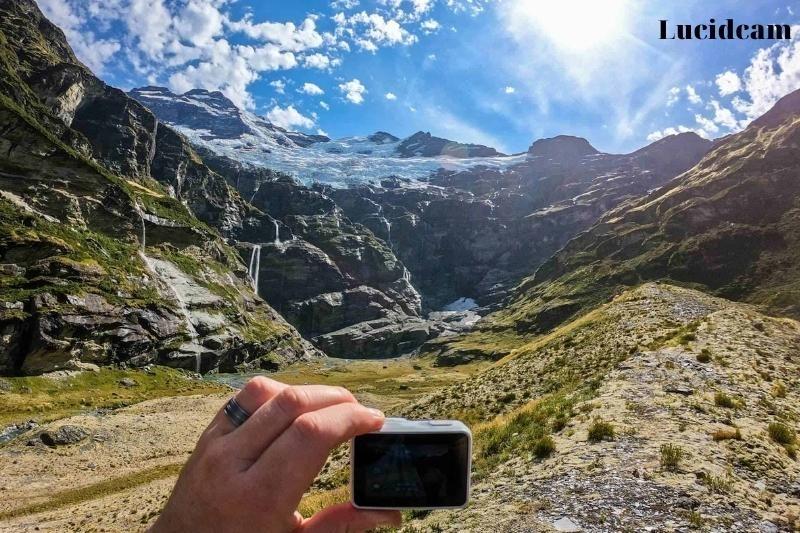 GoPros are capable still cameras. Although they are not as powerful as full-featured stills cameras like the Sony RX0 or compact cameras, you can still get great results, even in difficult shooting conditions.

When it comes to still photography, there are more similarities than differences.

GoPro introduced a RAW still image format for the HERO5 Black in its first release. It is based on Adobe DNG RAW format and the file extension “.gpr”.RAW allows for better image quality as it provides more data than the sensor can see and does not apply lossy compression, which can affect image quality. You must process your images before sharing them. This is not supported by all imaging apps except Lightroom. Here’s an alternative if you don’t use Lightroom.

Both models can shoot RAW images. You can also save a JPG version simultaneously, which allows you to have a backup in case of an emergency.

Protune is an option that both cameras offer for shooting photos. These options allow you to fine-tune the exposure settings, such as ISO, shutter speed and white balance. These options are available as the image is rendered in the camera. They include sharpness and GoPro color. However, these only apply to JPGs, not RAW files.

You can use the touchscreen on the back to select the part of the screen you want to use for the calculation of the exposure. This feature is available on both cameras.

SuperPhoto is a new enhanced photo mode on the HERO7 Black. This is actually a combination of a number of automated enhancement methods in an effort to produce a better-looking image. The program analyzes the image to determine if it can use HDR, local ton mapping, or multi-frame noise reduction to improve the capture.

This will produce a processed image that looks better than a simple capture.SuperPhoto can be set to auto, on/off, or both. It is important to note that HDR processing doesn’t support RAW files. It only supports JPGs.

The H6 Black also has an optional HDR mode, which is identical but easier. It is just one of many enhancement techniques available in the SuperPhoto feature. 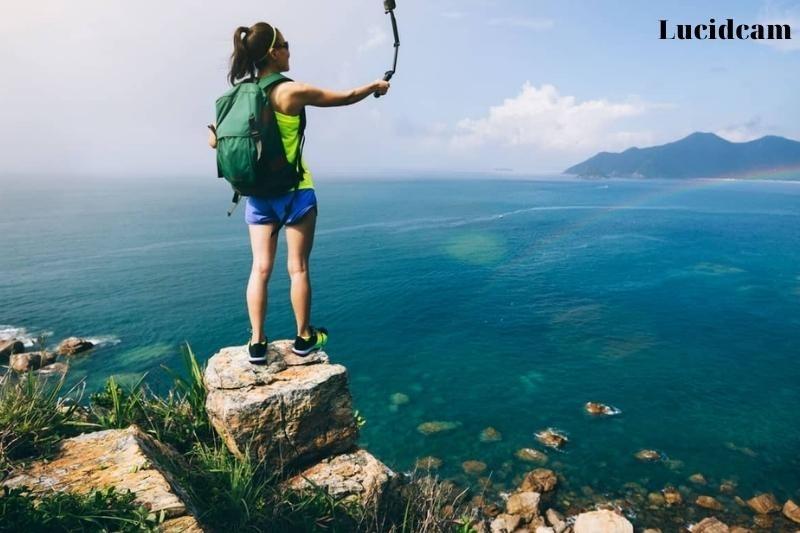 The HERO7 Black also has a few other features.

The HERO7Black now offers Short Clips. This is in line with GoPro’s recent efforts to make sharing footage with the camera easier. These short clips can be saved as standard video, but at preset lengths of 15 to 30 seconds. These clips are easier to share via GoPro’s app on social media.

The H7 Black also has a portrait orientation. This means that you can film vertically instead of the traditional horizontal (or landscape) orientation. Youtube has recently started to support this because so many people are filming with their phones upright. Personally, the H7 Black has a problem with the camera not automatically switching to the right orientation.

It also doesn’t work well if the camera moves and doesn’t start flat. It’s a minor issue, though. Editing is simple enough to rotate the clip. Landscape Lock is a setting that allows you to lock in landscape-only recordings. Both screens can rotate to show the vertical orientation.

Other Bells And Whistles

These are just a few of the features.

GPS. The camera can use a GPS chip to embed the GPS coordinates in the metadata. Both the H7 Black as well as H6 Black are GPS-equipped.

Karma Drone Compatibility.GoPro has discontinued its drone and external stabilizer, also known as Karma. However, both these models can be used with Karma drone grip.

GoPro Plus Compatibility.GoPro Plus can be subscribed to. It allows you to automatically upload videos and photos to the cloud. Again, this is done through the mobile app. If you have an active GoPro Plus subscription, both cameras will work together. You can also have your photos and videos automatically downloaded to your smartphone if you don’t have an active GoPro Plus subscription. However, the photos and videos will not be stored in the cloud.

Advanced Metadata. The new feature on the HERO7 Black is the ability to analyze the image and optimize the exposure for faces. Although it’s not a real facial recognition feature, it’s a type of advanced processing not available on the HERO6. I have not tried it out in detail. I think it isn’t going to be a deciding feature for many users.

The GoPro 6 vs. seven debate has been a hot topic since the release of the new models. While there are some clear improvements with the GoPro 7, such as waterproofing and stabilization, the GoPro 6 is still a great camera. Ultimately, it comes down to personal preference and what features are most important to you for deciding which one is better.