The choice between using a CCD and CMOS FPV camera depends on many factors such as light sensitivity, cost, and size. It also may be based on the type of FPV equipment that is being used, such as whether it is a fixed-wing or multirotor craft. It is important to understand the differences between the two types of FPV cameras before making a final decision.

In this blog, LucidCam will make clear the CCD and CMOS FPV cameras. 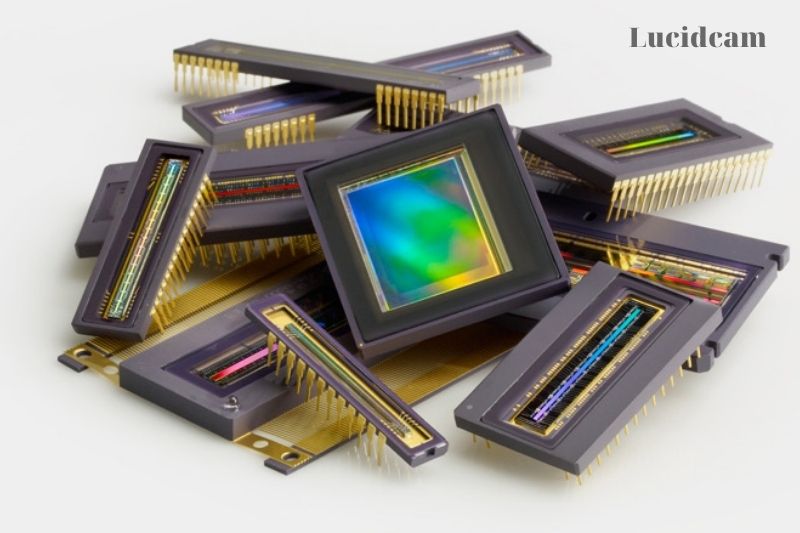 Camcorders’ main component is undoubtedly the image sensor. It converts the image received from the lens sensor to an electrical signal. All modern cameras use CCD (charge-coupled device) or CMOS (complementary metal-oxide-semiconductor) sensors.

The CMOS sensor can be used as a digital device that has an Active Pixel Sensor. Each pixel has its own amplifier that converts the charged element of the sensor into voltage. This technology gives you control over each pixel.

Bell Labs invented CCD technology in 1969. Its size has decreased over the years, while the number and types of sensors have increased. Naturally, each pixel’s size has decreased. Over the past 100 years, the matrix’s size has dropped more than 100 percent. New technologies have also allowed for an increase in the sensitivity of one element.

In the late 1970s, CMOS sensors were created. This technology allowed for greater integration and a wider dynamic range. Their production is also cheaper, especially for megapixel sensors. Unfortunately, CMOS sensors have lower sensitivity because of losses in RGB filters. A large number of transition elements (including amplifiers) in each pixel’s path significantly decreased the useful area and uniformity of the parameters. The active use of innovative technologies has slowly solved many of these problems and has led to a rapid rise in popularity for CMOS matrices. They are now manufactured by many industry leaders like Sony and Panasonic. 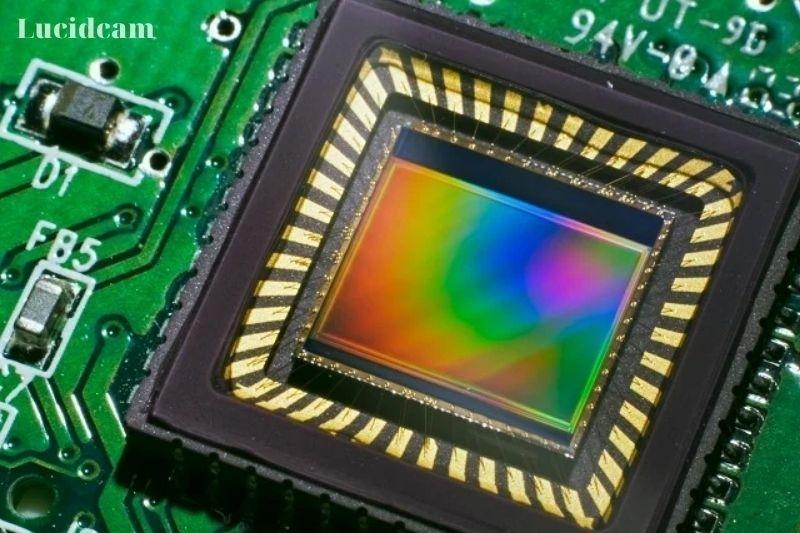 CCD matrix can simultaneously read information from all pixels, CMOS matrices are able to randomly read each pixel. CMOS matrices are not affected by the “light pillar” effect caused by bright objects such as the sun or a lantern.

Image distortion can result from latency when photographing fast-moving objects.

CCD sensors, in turn, work together as one unit to create a more natural final image with maximum clarity. 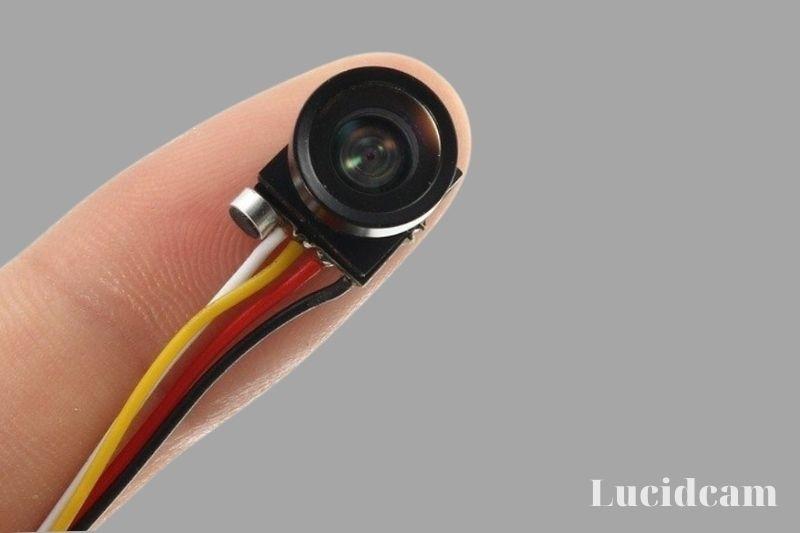 These CCDs have key features like vibration stability, high exposure settings, and night photography that make them popular in racing and commercial drones.

Quadcopters with lower budgets and middle budgets will most likely use cheaper CMOS sensors.

Each camera’s specs include TVL (the number of horizontal lines within the frame), which identifies the resolution. 300 TVL video is considered very low quality. Cameras with a matrix of 600 TVL are very popular today.

PAL is useful for high-resolution photography and medium-speed flight. NTSC allows smooth shooting on high-speed flights because there is minimal delay between frames.

Night cameras are made to shoot in the infrared spectrum. Some models have very bright LED backlighting.

Some cameras also support Digital WDR (DWDR), which is a technology that creates high-contrast scenes. WDR technology balances too bright and too dark parts of the frame.

True WDR, however, is implemented in hardware.

DWDR software adjusts the exposure and corrects color. True WDR takes each frame at a different exposure. It actually sets the shutter speed, aperture and provides the best brightness range for the sensor at a given sensitivity. Frames with different aperture exposures can then be combined into one image.

The focal length and thread diameter are the two main criteria for selecting lenses. The compact M8 can be used with micro and nano cameras. M12 can be used for mini and standard FPV cameras.

The viewing angle during flight is affected by the focal length.

Why not use a dedicated FPV camera instead?

You can connect your HD camera to another HD camera, such as a GoPro or Foxeer legend, to receive a live feed. This is a common feature for most drones that are used for aerial photography. It allows you to see what is within the frame of your camera before recording or taking the photo. Your action camera can be used for FPV, but they all have latency issues.

Their latency is usually between 100-200ms, which is not noticeable when flying in general. However, it is too slow to use for FPV racing drones. A delay of 100ms can cause your drone to travel approximately 1.7m before it receives the video. This could make a difference in whether you miss an obstacle or hit it. FPV systems that use dedicated FPV cameras will have lower latency than other systems. 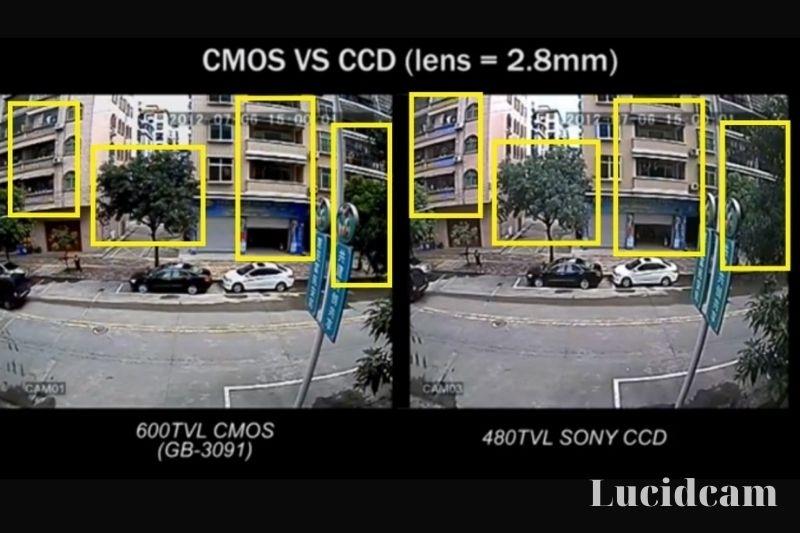 When CMOS Camera Sensors Are Better

CMOS cameras have the advantage of being cheaper than CCD cameras, and they offer enough performance for FPV applications. Even if you’re an expert FPV pilot, the cost can still be a factor. It is quite common to crash your FPV racing drone. Your quadcopter’s camera is located in the front, so it absorbs most of the impact.

Most decent FPV racing frames include some camera protection to protect the camera from the full force of the impact. Although CMOS cameras are lighter and more powerful than CCD, they can still be an advantage for micro drones.

Due to their availability and affordability, most drone pilots prefer CMOS cameras. For FPV, we recommend the 800 TVL CMOS1.4 camera.

When CCD Camera Sensors are Better

The global shutter on CCD cameras means that the entire image can be captured simultaneously. The rolling shutter of CMOS cameras captures the image pixel-by-pixel from top to bottom, creating a rolling effect.

This is a problem for FPV applications. It means that vibrations can cause unwanted jello effects on your drone. CCD cameras are not affected by this issue and have a greater dynamic range, which means they can perform in extremely bright and very dark environments. Superior to CMOS cameras.

Characteristics of CMOS and CCD

CCD cameras are great in extreme lighting conditions because of their wide dynamic range (WDR). Proper settings on a good CCD FPV camera will allow pilots to see clearly, even when the camera is pointing directly into the sun or dark evening after sunset.

CCD Imaging Sensors Are Better Than CMOS In FPV Cameras. 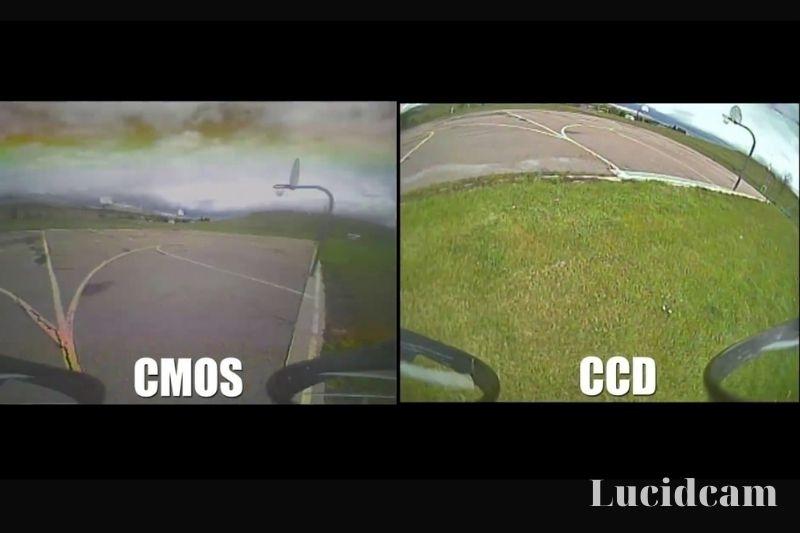 It used to be a fact, but it has become a myth. CCD cameras are no longer necessarily superior to CMOS.

Super HAD II CCD sensors are very popular as they are the best for FPV cameras. It’s also the last remaining CCD sensor being manufactured by very few manufacturers. Apart from security cameras, there are few other uses for CCD sensors. CCD development has been slow.

However, CMOS is much faster to develop, and the performance in FPV cameras is respectable. Some would even argue that it performs as well as CCD cameras. IMO, CMOS is expected to soon surpass CCD in FPV.

These cameras have excellent performance in low light and wide dynamic range thanks to the improvements of CMOS sensors. CCD can also be used in low light without much noise. However, the color may look bad because it lets in more infrared lighting. 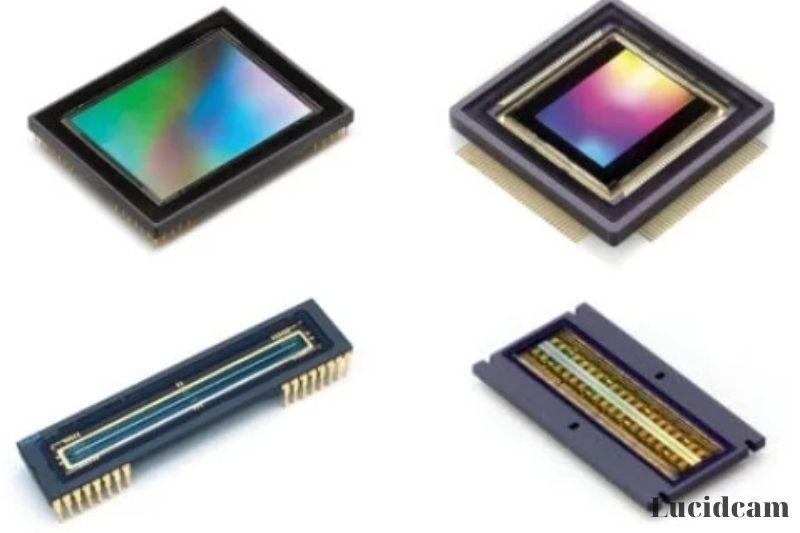 It is only a matter of time before CMOS catches up. They can be made on any silicon production line, and they are cheaper than CCD sensors. When the final improvements in quality and economics are made, eventually every camera will be CMOS.

In terms of power consumption, CMOS sensors actually outperform CCD sensors. A CMOS camera has a longer battery life, so you can take more photos.

CCD cameras are capable of producing higher-quality images with high resolution. CCD technology is on the rise. It is expected to surpass CCD quality with its longer battery life and lower price, and will one day be the standard digital camera until better technology is available.

The image quality and latencies of the best FPV cameras have improved over time. For the many uses of quads today, FPV cameras are available in a variety of sizes.

There are three main sizes of FPV cameras: Full-size, Standard, and Micro-Sized.

The Runcam Swift 2 was the first FPV camera to be launched in 2017. Swift 2’s success was due to the CCD camera sensor and features that it came with. While CMOS cameras offer better image quality than CCD and have lower latency and power consumption than CCD, they are still superior to CCD. The days of CCD-based image sensors are gone.

The original features of the camera were revolutionary, but are now mostly redundant. There was an integrated OSD that can show you the battery voltage and an integrated microphone that outputs sound. Also, there was a Black & White mode that allows for low-light flying. Fixed-wing pilots can use the OSD feature to monitor their battery voltage.

There are not many frames large enough to hold a full-sized camera anymore. It is best to save money and have a few spares.

Caddx, a relatively new company in the FPV camera industry, has been producing some amazing FPV cameras lately. The Ratel is one such example. The Ratel, a micro-sized FPV cam, was made from a standard-sized camera. It lost some weight by using a smaller housing. When compared to full-sized cameras, micro-sized cameras can be just as powerful and versatile as their larger counterparts.

Caddx Ratel is a popular product due to its exceptional image quality. The Ratel has a large 1/1.8 inch sensor with a resolution of 1200TVL. Caddx refers to the imaging sensor as a starlight sensor. This sensor detects the light from the stars and moon, providing enough light for flying. The Ratel comes with a user-changeable ratio of 4:3 and 16:9 and can switch between PAL or NTSC.

This user-switchable feature makes it easy to choose between 4:3 and PAL output. You can choose between a 1.66mm or a 2.1mm lens. The 2.1mm lens comes with an ND filter. The Runcam Phoenix 2 also deserves mention. Although it has similar specs and performance to the Ratel, the Phoenix 2 is better suited for daytime usage.

The VTX can transmit at 0mW or 25mW and 200mW. It can also be powered by a voltage of 2.9 to 5.5V. Despite its small size, the transmitter supports smart audio and can connect to Betaflight. The Caddx Firefly, which has similar specifications, is close behind.

CMOS stands for complementary metal-oxide-semiconductor. It is a technology used to create high-performance imaging chips for FPV cameras. CMOS technology is advantageous because it has very low noise levels, allowing for excellent sensitivity at low light levels. Because of this feature, CMOS FPV cameras are ideal for night flying, which is an increasingly popular activity among FPV hobbyists.

CCD is a more expensive type of camera, but it is considered to be a higher quality camera. CCD cameras are ideal for use in low-light conditions and can also capture images without motion blur. This makes them ideal for capturing still images from the air. They are also good for use when flying at night because they can capture more light than CMOS cameras. This allows them to capture better video footage during the day or at night.

You have just seen our discussion about Cmos and Ccd Fpv, now you have your opinion and know exactly which you should you. Thank for reading!