In this blog, we will take a look at the similarities and differences between Glidecam Vs Gimbal

What is a Glidecam? 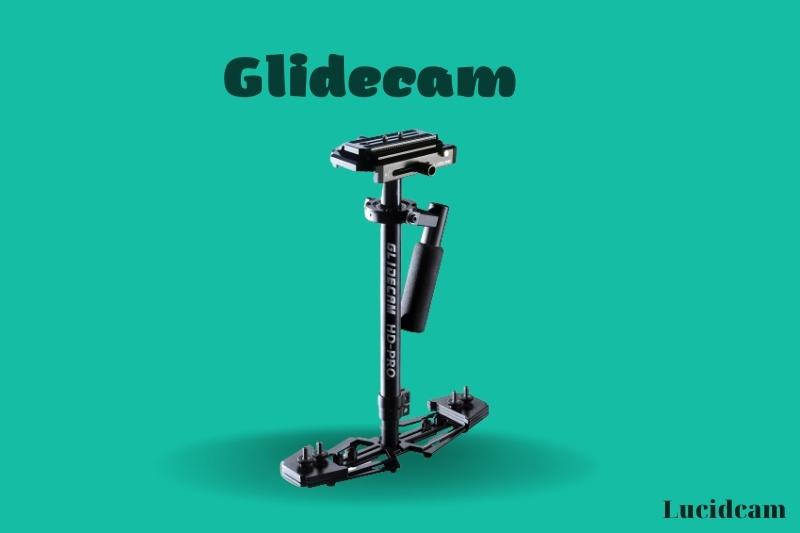 Their website states that the Glidecam Smooth Shooter is renowned for its cost-effective stabilization system, which can support cameras up to 10 pounds. This claim is true, and it supports most cameras on the market, as they weigh less than 3 lbs. It promises steady footage regardless of whether you’re running around the block or traveling on a badly-constructed road.

What is a Gimbal? 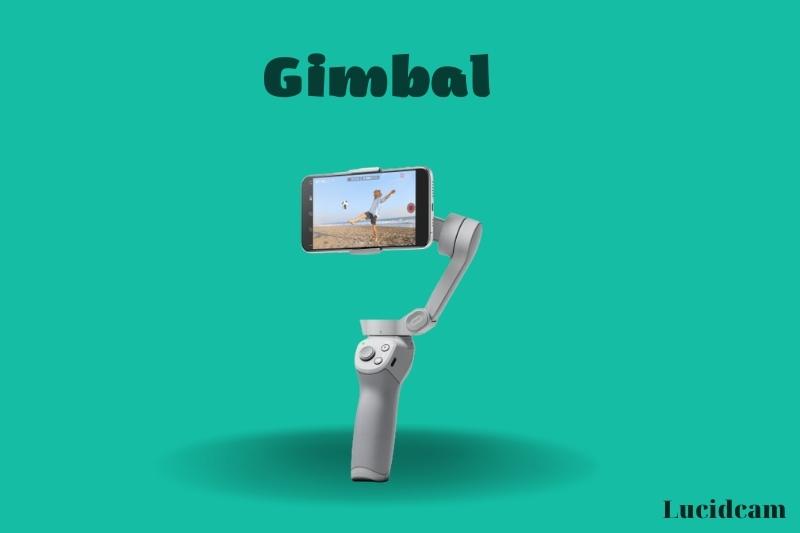 A gimbal, which is very similar to a Glidecam is a pivoting device that allows videographers rotate the camera along one axis. A 3 axes Gimbal is well-known for recording footage along three axes. These are pitch, roll, and yaw. The gimbal covers every direction that a camera can move. ‘Pitch’ allows for up and downward movement, while ‘yaw” moves the camera left and right. The ‘roll’ axis can be used for long distances. Your videos will appear stable in all shooting motions, which is great for action movies.

This is the most important thing to think about when purchasing an image stabilizer device. We could still survive without your camera’s built in image stabilization system, even if it lacks this feature. Gimbal is the winner for its ability to produce exceptionally stable footage, even at a weight of 5.5 pounds.

Videographers can get amazing results even when attaching a 5-pound camera. The Glidecam, on the other hand, ranks lower even if it connects a lighter camera. Glidecam’s weight limit is easily bypassed by most people who purchase an alternative. The performance is much better than Glidecam.

The Glidecam’s panning performance was worth mentioning. The Glidecam feels more natural and comfortable than other cameras, which is reflected in your footage. You don’t have to add any effects to give your footage a natural panning look. Professional videographers can replicate the Glidecam’s panning effect using a manual pattern. It wins again due to its superior image stabilization.

Photographers, mostly amateurs and not professionals, don’t have the time or patience to create patterns. Understanding the basics of your stabilizer is an overwhelming task. Even if you’re not a professional, it is worth using your Glidecam to save precious minutes.

The latest 3-axis gimbals have many modes that provide a similar pan effect as well as other effects. If your budget is available, it’s worth looking into innovative devices.

Glidecam’s gradual decline in popularity after the release of gimbals was due to their manual use. Innovation has made people less productive, which has resulted in higher expectations for modern gadgets. Gimbals allow you to relax by giving you control over the camera’s movements via various buttons. A gimbal provides better image stabilization while a Glidecam can cause slight distortion which is annoying for perfectionists.

Many people expect you to use a longer lens to capture high-quality videos. The built-in advantages of your favorite gimbal are another reason to impress the crowd. This allows you to easily rebalance your camera system while still using your lens. A heavier lens will not affect the settings of your camera rig.

Your Glidecam is a nuisance when you switch your lens. It takes a lot of time to re-center it. The Glidecam is compatible with heavier lenses and cameras. However, videographers should avoid it due to its complex functionality.

You may be familiar with the fact that some situations in videography will require you to use longer lenses in order to capture the exact footage you need and to achieve the highest quality image possible. The Glidecam is not as good in this area. The gimbal allows you to quickly and easily adjust your camera rig for lens changes. However, using a heavier or longer lens does not alter the fundamentals of how your device works.
It can be difficult to update the Glidecam around a new lens you have mounted on your camera. This can lead to a waste of time and can cause problems. You may also need to adjust how you hold the handheld stabilizer depending on the model.

It can be affected if your scale weighs more than the gimbal. Glidecam lets you hold twice the size of your camera without worrying about running out of batteries. The Glidecam holds the camera only while you do the actual work.

There is no need for an external power source. This is not only cost-effective but also allows for extended shooting times. A gimbal would mean that you had to stop the shooting process in the event of a dead battery. However, a Glidecam lets you stay active for as long or as you like. You won’t mind doing the manual labor if your camera is lightweight. 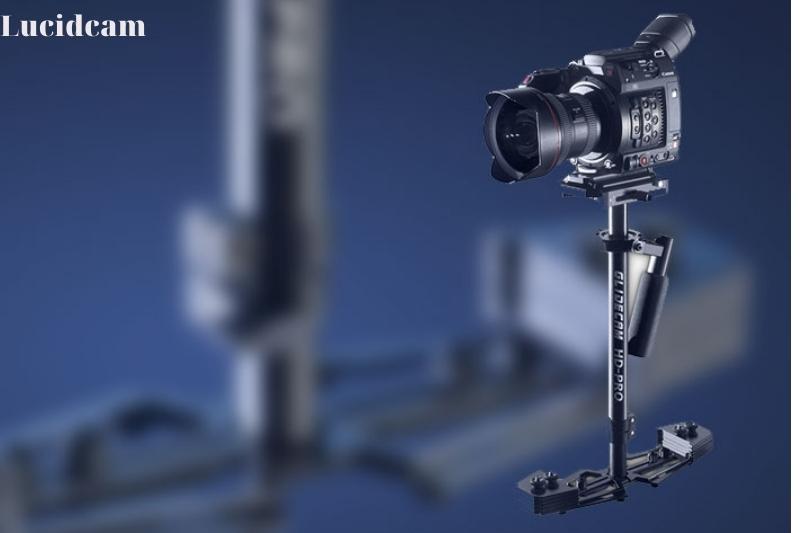 Glidecam is a brand but has – like Steadicam – become synonymous with camera stabilizers that balance cameras with weights and don’t contain any electronics.

Glidingcams use counterweights to balance their camera on a short pole that revolves around a central axis.

To keep the camera and lens set you are trying to balance on top of it, the heavier they are, the more weights that will be added to the bottom.

To keep the camera still while moving, adjust the distance between the handle and the center pole.

Glidecams have no electronic parts and rely entirely on gravity and the movement of the user to ensure smooth shots. It takes practice to master this skill. 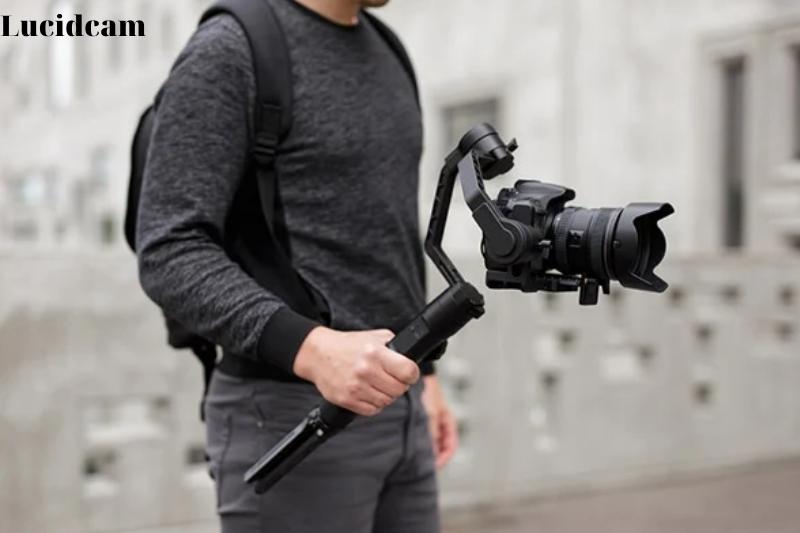 Gimbals are motorized stabilizers that require a battery and may be programmed to do a variety of fascinating movements.

This might make it sound as if gimbals would be the best option. But don’t be fooled. There are many things to take into consideration when selecting a stabilizer

Gimbals combine small arms and motors to stabilize your footage. Place your camera on a small plate, and then balance it.

When moving around the motors, make sure your camera is balanced and free of shakes.

Gimbals come as a variety of sizes and weights. There are small, lightweight options for smartphones or GoPros that you can carry with one hand, and large rigs for cinema cameras.

DJI’s camera drones have gimbals that can stabilize video and photos.

Gimbals With 2-Axis Or 3-Axis Motors

How To Use The Gimbal To Get The Best Results

if you are interested in knowing the comparison of Steadicam and Gimbal, You can check out here:

How Do You Choose The Right DSLR Stabilizer? 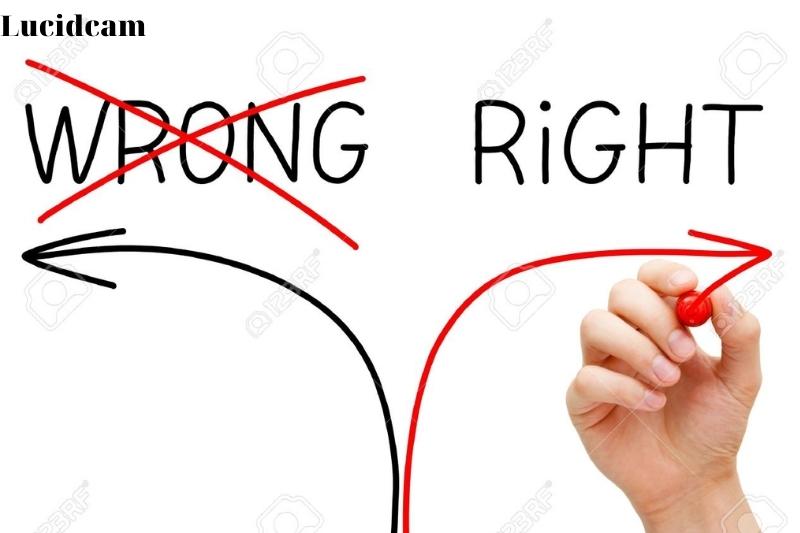 There are many types and varieties of DSLR stabilizers. All of these stabilizers are designed to help you carry your camera around while filming, but not make the shot look shaky.

Each DLSR stabilizer is different in design. This allows the operator to take the shots they want while using their preferred camera and equipment.

Before you make your final decision on a DSLR stabilizer, you should consider several factors.

Compatibility can also mean being able to switch between your stabilizer and other equipment. Many filmmakers use more than one stabilizer with their cameras. Monopods and tripods are just a few examples. You can switch between them easily, which will help you decide which one is best for you.

A DLSR stabilizer is a significant investment. Stabilizers are designed to withstand the abuse of filmmaking. Your gears are more susceptible to bumps and drops from moving around. These can cause damage to your gears, so make sure they are able to withstand them on a regular basis.

When choosing the best stabilizer, ease of use is also important. Better shots are possible when you feel comfortable with your equipment. The stabilizer should be well-designed so that users can use the camera without worrying about it not working. The stabilizer for DSLRs should enhance the camera’s use and not hinder it.

Although it is true that the most expensive products tend to be the ones with the best features and materials available, this is not always the case. Even though some stabilizers are more expensive than the newer models, they still perform exceptionally well and have a large price difference.

There may be products that are priced lower because of the release of newer models. These items are still worth looking at, since a lower price does not necessarily indicate poor quality or performance. This could be a ploy to increase sales of older models that will likely decline when newer ones are released.

Don’t be fooled by a low price, especially if the company is reputable. These products may perform better than premium products of lesser-known brands, which may not be as reliable.

Should I Choose Glidecam or Gimble?

Glidecams are a great choice for people with heavier cameras (most astrophotography camera weigh more than 6 pounds) and long shooting hours. A gimbal is a better choice if you want to relax and enjoy the game. The latter is more flexible, has a better system and offers superior performance.

We hope that you found this comparison between Glidecam and gimbal useful in making your final decision. Because the price is nearly the same, your choice will depend more on your labor preferences than your budget. 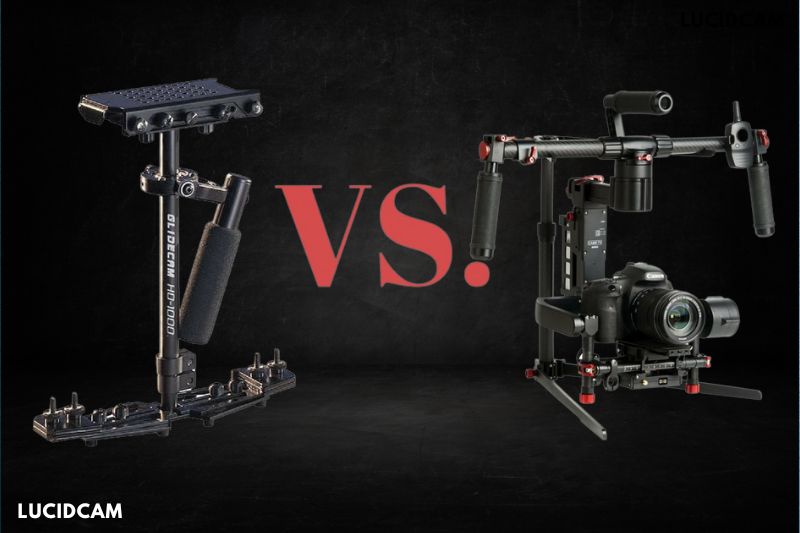 Is a glidecam a gimbal?

The highly superior Glidecam Centurion is the world’s smallest and lightest 3-axis motorized gimbal, and it holds the record for being the class leader in this regard. The Glidecam Centurion is compatible with the vast majority of video cameras, digital single-lens reflex cameras, and mirrorless cameras that weigh between one and five pounds (. 45 to 2.26 kg.)

What is glidecam used for?

With the GLIDECAM SMOOTH SHOOTER system, you will be able to shoot while walking, running, going up and down stairs, shooting from moving vehicles, and traveling over uneven terrain without experiencing any camera wobble or instability.

Is a gimbal necessary for video?

Gimbals are excellent for taking still photographs at odd angles and are typically regarded as important pieces of equipment for videographers.

The disadvantage of this is that it is up to the user to ensure that their setup is properly balanced. Glidecams, on the other hand, are a fantastic technique to stabilize footage, and many videographers prefer using glide cams rather than electronic gimbals.

Is it worth buying a gimbal?

If you are a professional photographer or videographer, you should unquestionably consider making an investment in a camera gimbal since they provide stability and lightweight operation you require when you need smooth-handled video footage.

Do photographers use gimbals?

A gimbal that is precisely balanced will allow you to tilt the camera in any direction at the touch of a finger. This particular tripod head offers both flexibility and stability, despite its relatively light load capacity. Gimbal heads are most commonly utilized in the photography industry; however, they are also applicable in the videography industry.

In short, the Glidecam and the gimbal work in much the same way when stabilizing a camera. The movement of both of these handheld stabilizers is controlled by a three-axis system, which allows the equipment to follow the movements of the operator. This helps to keep the camera steady and takes away the jitters and shakes that often accompany hand-held video recording.

We hope this article will be helpful for you. Thank you for reading!