DJI is a Chinese technology company, manufactures unmanned aerial vehicles (UAV), also known as drones, for aerial photography, videography, gimbals, flight platform, camera, propulsion systems, camera stabilizers, and flight controllers. This review will compare the Phantom 3 and Phantom 4 DJI drones to help you decide which one suits your needs best. It also explains why these are the best consumer drones. 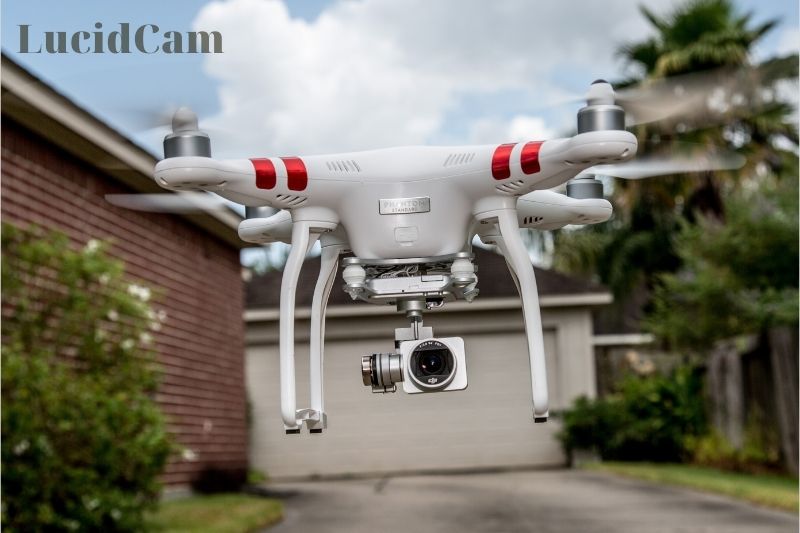 DJI is a leader in the consumer drone market and continues to be accessible and simple to use. Phantom 3 Pro comes with a 4K camera, while the Phantom 3 standard model has a 1080p/FullHD video camera. The Phantom 3 is almost identical to the Phantom 2, with a few minor improvements. It has a new motor tilt that provides better stability and smart braking, as well as a completely new flight controller. The exterior design is still sleek and white, but the landing gear is wider. Advanced versions offer a better camera and longer battery life than the standard version. 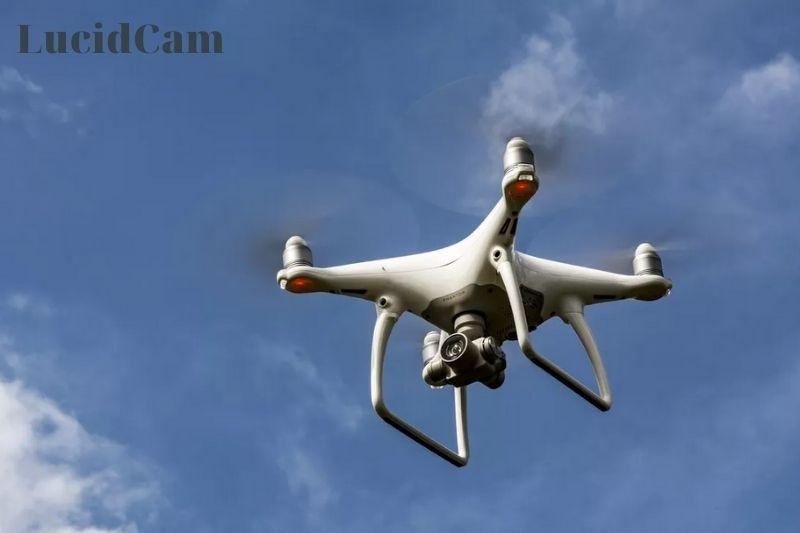 The Phantom series drones are amongst the most popular consumer drones on the market. The New Phantom 4 improves on the design of its predecessors by using a sleeker, more modern chassis. The Phantom4 includes all of the popular features from the Phantom 3 plus more. The safety system stops the drone if it sees an obstruction ahead. It also has a longer battery life, better signal range, a better gimbal, and a faster speed. Although the Phantom4 is more expensive than the Phantom3, it offers premium features that are well worth the cost. 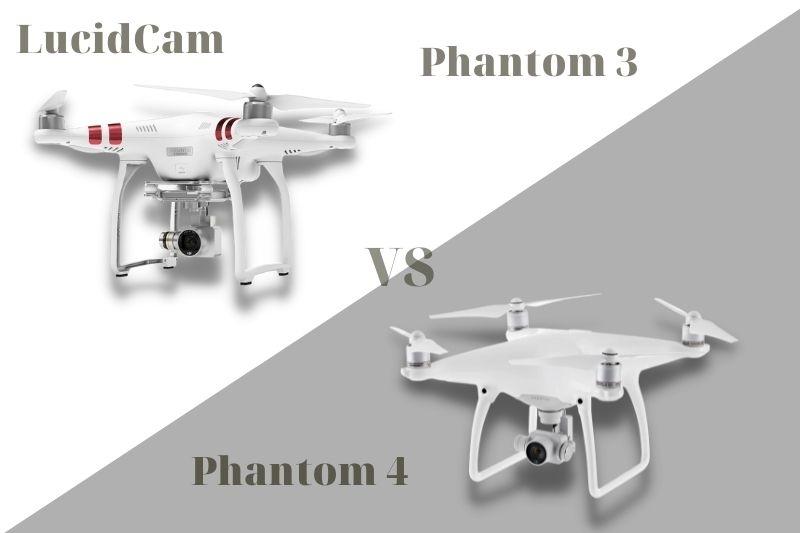 If you’re examining Phantom 3 and Phantom 4 from a design perspective, you won’t see much difference.

Both devices come with white designs and four propellers on top. Their cameras hover below the drones and can capture stills and video all around.

The white plastic case of the Phantom3 Standard gives it an Apple-like look with its clean lines and functional design. The electronics and battery are located in the central body, while the motor is at the ends of four protruding shafts. The entire case is made of plain white plastic. However, colored stickers can be attached to make your Phantom 3 stand out in crowds.

Rubber joints connect the drone’s body to the gimbal. These joints prevent vibrations from spreading from the body. Below the drone body is the gimbal. It rotates, pans, and tilts the small HD camera. A microSD card is located on the top of the camera housing, which stores the video. The drone tilts when the camera is off, which is a nice feature. You can swap cards by simply pointing the microSD slot in the direction of the front.

The Phantom 3 comes with an 8GB MicroSD Card. This microSD card captures only 45 minutes at the highest quality (2.7K). MicroSD cards up to 128GB can be supported for $50-$80, as long as they maintain UHS-1 speed.

The New Phantom 4 is priced at $1199.00 at DJI. It retains the same footprint and design as its predecessor, the Phantom 3 series. However, the DJI Phantom 4’s white plastic shell has been simplified to enhance its aerodynamics and appearance. The Phantom 4 measures 7 by 11.5 by 111.5 inches (HWD) and weighs 3 lbs. You will need to register with FAA before you fly to the USA.

DJI provides a compact and functional case for the DJI Phantom 4. The case can hold the Phantom4, remote, charger, propellers, and two spare batteries. One battery is included in your purchase. This is the best case I have seen for a drone. It even comes with a handle and a latch that keeps it closed tight. However, I prefer the Think Tank Helipak (at Amazon) for transport. Although it was originally designed for older Phantom models, the Phantom4 works perfectly.

Redesigned gimbal. The chassis now has a flexible shock mount and the camera is securely attached to its right and left sides. The drone can tilt up or down and the attachment point allows for some left and right movement. However, it cannot spin like the Inspire ($1,999.00 DJI). It is now easier to access the micro USB port and microSD card slot, which are now part of the chassis.

Two compass modules are included on the Phantom 4, as well as dual Inertial Measurement Units (IMUs). The extra sensors allow the flight controller to gather more data, which can improve flying accuracy. The motors of the Phantom4 have been upgraded to increase their cooling efficiency and, conversely, to allow for the propellers’ to be raised to make them not show up in the video. For added convenience, the Phantom4 has quick-release propellers.

It’s easy to use 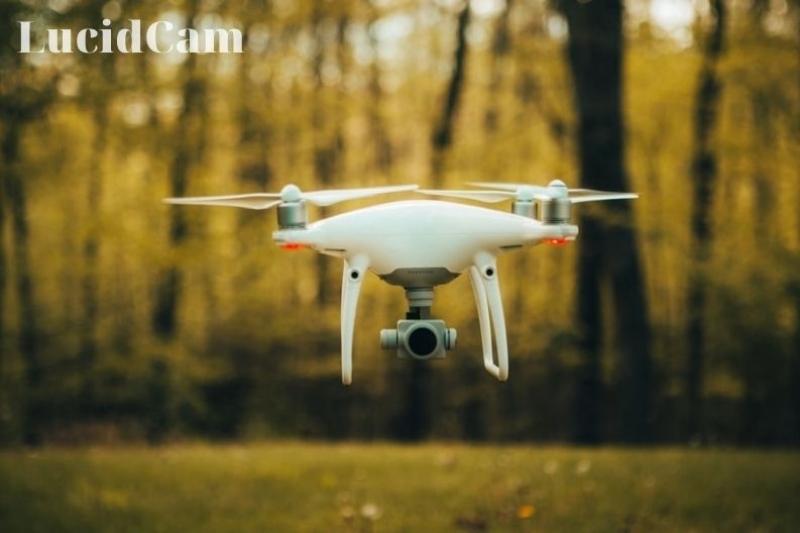 After downloading the software update to set up the 3 Standard, the files were transferred to the drone. It was quite simple and only took a few seconds.

A spring-loaded clip has replaced the lockable phone cradle, making it much more difficult to use. These are minor issues that cannot be seen side by side. We wish DJI had used a similar controller to the Phantom 3 Standard.

The Phantom 3 Standard drone is great. You can lift the drone from the ground by using the controls on the screen. You can fully control the drone once it is hovering. The joysticks may feel a little sticky at first, but once you get used to them, your fear will disappear. You can quickly start or stop the cameras by pressing the large button on your phone’s screen. You can bring the drone back using the auto-land function. The auto-land feature gently touches the drone in a controlled manner. 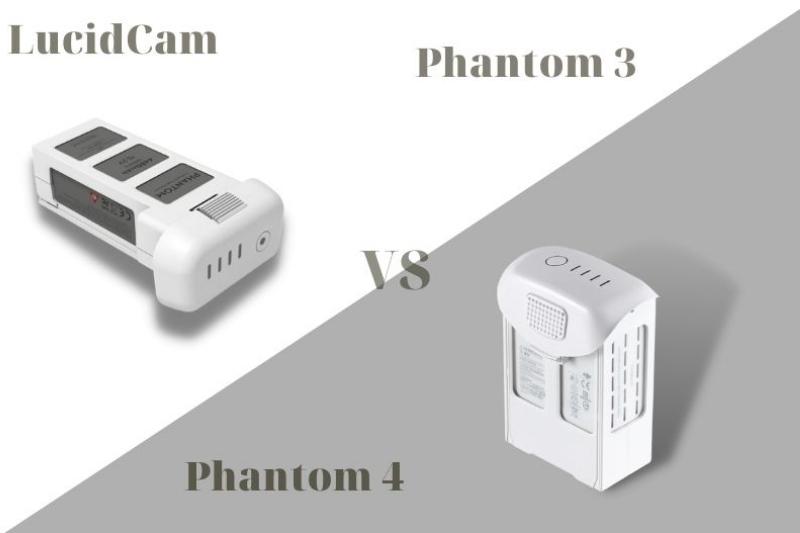 The Phantom 3 Standard’s 4480-mAh single battery provided approximately 21 minutes of flight time. The flight time is approximately the same as that of the Yuneec Q500 drone, which comes with two batteries.

Intelligent Flight Battery – LiPo Battery: The Phantom4 carries a larger capacity battery with 81.3WH 5,350mA Intelligent Flight Battery. The Phantom 4’s flight time is 28 minutes, but this is an optimistic estimate. The battery drops to around 10 percent and the aircraft automatically lands, which is a valuable safety feature. On average, you can expect to fly for 23 minutes. This is a significant improvement over the 19 minutes I got with the Phantom3 models. A full charge takes around an hour. 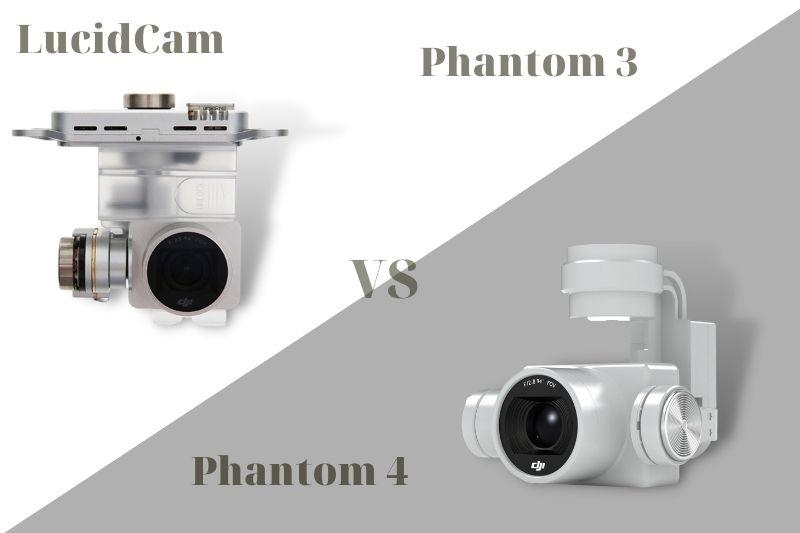 Let’s now compare the DJI Phantom 4 and the Phantom 3 in terms camera specifications. The sensor used in the Phantom 3 was either the Sony Exmor R BSI 1/2.3″ Effective pixels 12.4M (Total pixels 12.76M), on the Advanced and Phantom 3 Professional, or the Panasonic Smart FSI1/2.3″, on the Standard. The sensor in the Phantom 4 is not branded. We speculate that DJI is trying to position itself in the optics and drone markets by removing the cameras from the new stock.

You will want to get the best out of your drone’s aerial photography possibilities, regardless of whether you are a professional photographer or a novice. Camera specs are important. High megapixel rates make for great photos. While 4K streaming at high frames rate allows for HD video capture, the best HD video.

The DJI Phantom 4 is a powerful video camera. The Phantom 4 can record up to 4K video at 24 frames per second and has a maximum video bitrate of 60Mbps. It has an ISO range of 100 to 3200 and a 94-degree field of view.

The 12-megapixel sensor in the Phantom 4’s camera is capable of capturing photos at ISO 100 to 1600. You can choose between single-shot and burst mode, as well as auto exposure bracketing and EV bias, and time-lapse. HDR support will make your photos look amazing. The Phantom4 can save photos as JPEG (RAW) or DNG (DNG).

The Phantom3 also has a 12-megapixel sensor. Its ISO range is 100 to 1600. Although the cameras can shoot in single shots, bursts, auto exposure, and time-lapse modes, it does not support HDR like Phantom 4. However, it will save your photos in JPED or DNG (RAW).

There are many intelligent flight modes for each drone that can be controlled with the DJI App. These modes include:

Two new flight modes are available with the Phantom 4, which use optical sensing technology.

Active Track allows you to track a subject automatically. The drone can recognize your subject and follow them naturally. It also keeps them in the frame. No GPS bracelet, tracker, or beacon is required.

TapFly mode allows you to simply tap on the live view of your smart device screen and send it flying in that direction. You can easily watch your drone fly with Obstacle avoidance Systems.

Obstacle avoidance is the first and most major difference between both Phantom models. Two cameras are available on the Phantom 3. One camera is used for video and one for stabilization. The Phantom 4 has three additional cameras that provide enhanced stabilization and avoidance. This is a huge feature for new pilots who are worried about crashing on their first drone flight, but it’s also a nice feature for keeping you out of trouble when shooting tight close up shots.

The sense-and-avoid system is a major update to the Phantom4. The Phantom Active Obstacle sensing system uses advanced computer vision and processing in combination with front obstacle sensors to allow it to respond to and avoid obstacles. The Phantom4 can now reach speeds of 4 meters per second faster than the previous version of the drone. It can also detect obstacles range is between 0.7-15 meters and 2 to 49 feet. 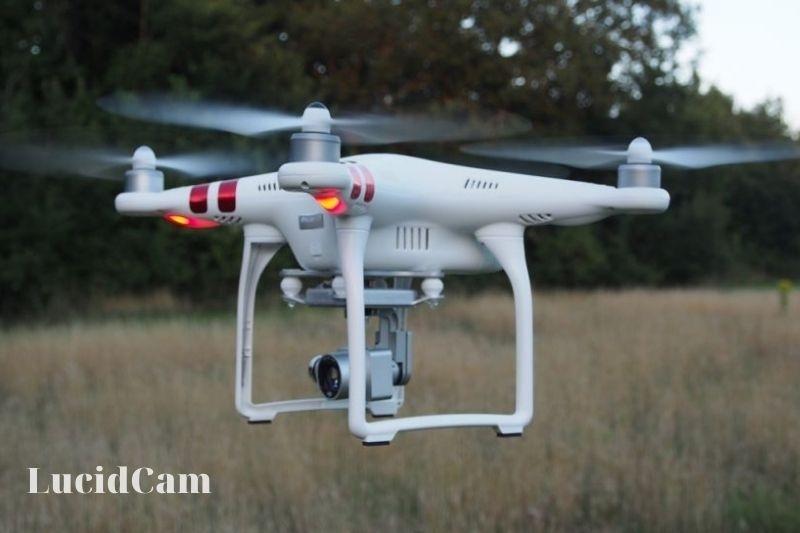 Except for the Phantom 3 Standard, all drones come with GPS and GLONASS positioning. They can connect to as many satellites as possible (both American and Russian) and pinpoint their exact location with the greatest accuracy.

The Phantom 3 Standard does not have a vision positioning system, but it is available on all models. It uses an ultrasonic and infrared sensor that accurately determines the drone’s position low to the ground. This allows it to hover in place much more accurately than GPS alone. Vertical and horizontal displacement is significantly reduced.

The Phantom range has a much more powerful camera. The Phantom 3 range has been updated to fix some key issues. Wobbly horizons were a major issue in the footage. It sounds exactly like it is: curving and crooked horizons. The Phantom 4’s camera has solved this problem. 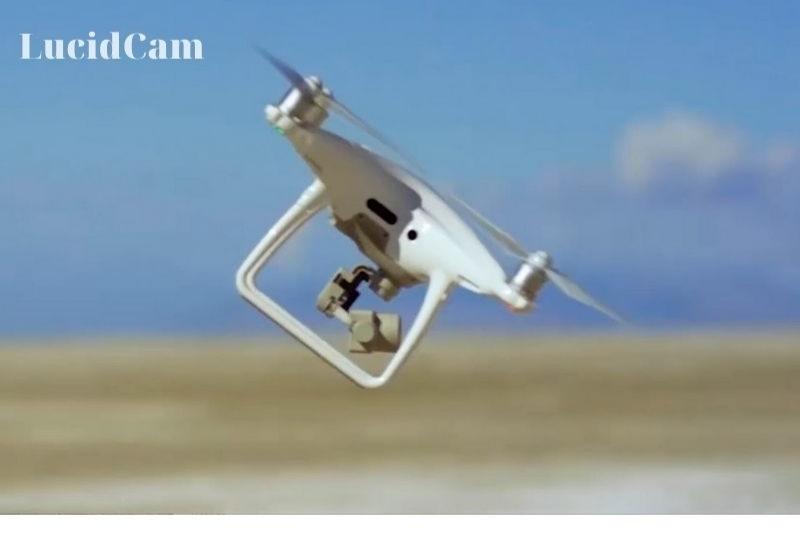 The Phantom 3 allows you to take almost all moving shots by moving the sticks on your controller manually. This is a difficult thing for new pilots, especially if they want to track moving subject without making jerky movements. The Phantom four now has Tap Flight and active track. The active track allows you to select the subject you want to track, and it will lock onto it and begin tracking it. This feature is not available in Phantom 3’s Follow Me function. Instead of following a GPS signal, it uses machine learning algorithms to visual track the subject.

Tap fly is another feature that’s aimed at beginners. You can glide smoothly to different places by simply tapping the desired location on your screen.

When it comes to drones, DJI is one of the most popular brands. The company has released two new models in 2017 that are geared toward different purposes, and now people have a difficult choice between which model they should buy. While there are many differences between both models, here we’ll focus on their similarities and what you need to know before choosing your first drone purchase.

In this article, LucidCam has compared some of the key features for each drone so that you can make a decision about buying the best drones suited for your needs. We hope you find this article helpful!