GoPro is a well-known brand when it comes to camera products. For all GoPro users, one thing that you need to be careful about is the version of your camera and how it can affect future usage. There are several upgrades available for this series, with some of them costing more than double the price of other ones in the same model.

In today’s post, we will be comparing the HERO3+ Silver and Black, looking at the advantages and disadvantages of each and helping you decide which. 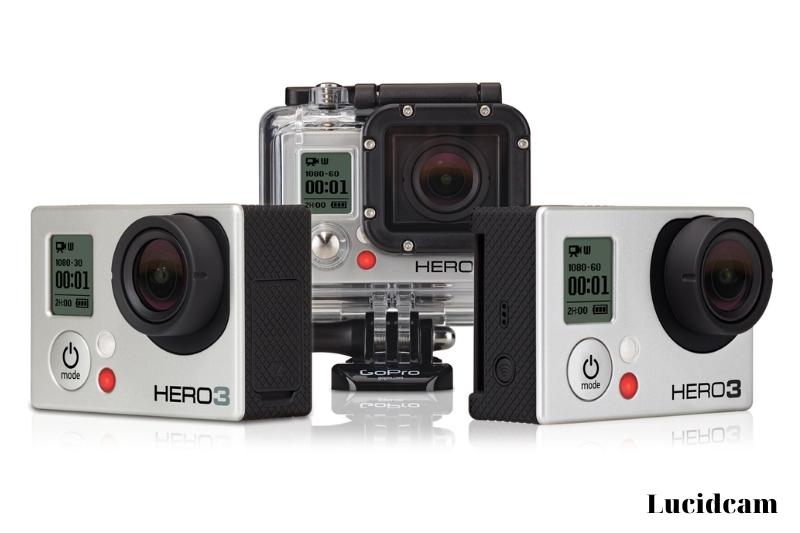 The cameras are identical in weight: 74g (2.6oz for the body) and 136g (5.8oz with the standard housing). They are virtually identical in appearance and feel.

They also allow you to navigate through the menu options displayed on the LCD screen. These models both have wifi so you can use the GoPro Capture app to control settings and shooting and the GoPro Smart Remote.

These physical similarities can be found: 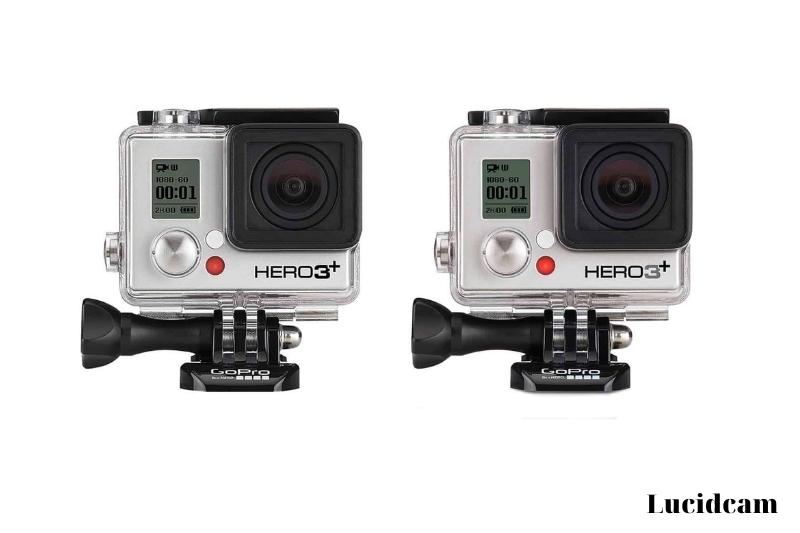 None of these products come with an LCD screen built-in. The LCD Touch BacPac can be used to add both, but you will need to purchase each separately.

Protune is GoPro’s umbrella term for extended expert settings that allow you to have more control over both the sound and visual settings.

Video and photo settings include things such as controlling the white balance, ISO limit, color adjustment, sharpness, and exposure compensation.

Protune on the HERO3+ Black includes the option to record at 24fps. This is the standard for cinematic footage.

The differences between the models in Protune are pretty clear. Protune options are available for the Black model but not for the Silver.

Although frame rates at 1080p & 720p are identical, Hero 3+ Black has a few more tricks up its sleeves at these resolutions. First, there is the SuperView mode. We’ve explained this feature. This feature is only available in Black, and it gives you another reason to choose Black over Silver, even if your needs are not met by the 1080p resolutions.

As with between the White and Silver editions, the key differences between the Silver and Black lies in their video and photo specifications:

If you are shooting for the internet, 1080p will be sufficient. However, 720p is more common. Although 4K video is now available, it remains a niche market. Editing a 4K video requires a lot more disk space and processing power. You’ll need a faster, newer computer with lots of storage space.

SuperView was a super-wide-angle mode that was added to the HERO3+ Black. GoPro calls it the most immersive view.

These models, like all the latest GoPros, shoot MP4 video files encoded using H.264 codec. These cameras do not have onboard stabilization. This feature was first introduced to the HERO5 models. Stabilization can be applied to the footage using Adobe Premiere or Final Cut Pro X.

Both these options allow for slow-motion video but only at certain resolutions. You’ll want to look for video modes that can process 48 frames per second or faster, so they can be slowed down during processing to create the slow-motion effect.

For the highest resolutions available at 48fps and faster, take a look at this video mode comparison table.

The GoPro HERO3+ Silver and Black editions are both great cameras, but there are some differences in video quality. The Silver edition has a maximum video resolution of 1080p30, while the Black Edition can shoot up to 4K15. The Black edition also has a higher frame rate for slow-motion shots, up to 120 fps.

Both of the 3+ models added improvements in image quality over their predecessors.

The sensor in the Black is slightly larger. It produces 12MP images (4000×3000 px), compared to the Silver’s 10MP (35680×2760 px). Although the difference is not significant, the Black can produce better-quality images with more detail.

You can also set the camera for 5MP or 7MP photos if you have limited storage space. This is especially useful for time-lapse.

Both cameras can take Timelapse photos. You have the option of shooting at intervals of 0.5, 1, 2, 5, 10, 30, and 60 seconds. The sequence of still images will be created by the camera. You will need to convert this sequence of photos into a time-lapse video by importing them into another software such as GoPro Studio. Both of them cannot shoot time-lapse videos. This is where the video is created on the spot in the camera. This feature was included in the HERO4 models. 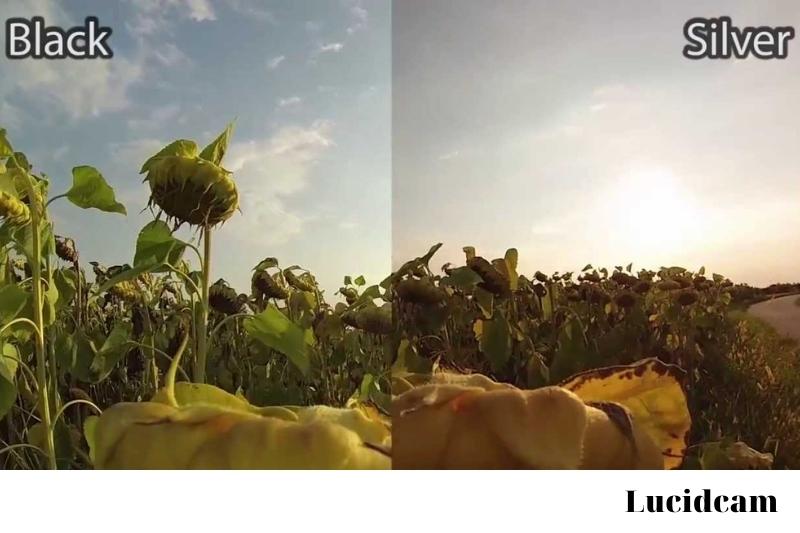 The difference in resolution between the Silver and Black is not a problem (10 MP being sufficient for most purposes), but the Black does have some additional advantages. It has a burst mode that can record up to 30 shots in a matter of seconds.

This allows you to capture high-resolution images of fast action scenes such as a ski jump or park trick. The GoPro Black edition can also capture 4K video at 15fps continuously. This could, as we have discussed, be used to create 8 MP still frames. The quality of still photos captured in burst mode is better than those taken with the video frames, so they will be compressed less.

The second distinguishing feature of the Black over the Silver in relation to still photos is its ability to shoot still photos at the same time as recording video. There are several modes available for this purpose.

While the idea of combining high-resolution stills with continuous videos sounds attractive, it will result in a faster filling of memory cards with still photos that are only duplicates of video footage.

Both include mono microphones onboard. Both can be used with external microphones via the mini-USB port. Make sure to purchase a microphone adapter.

Both the Black and Silver have identical audio specifications – mono at 48kHz using AAC compression and automatic gain control to adjust sound volume levels – there is no way to choose between them! 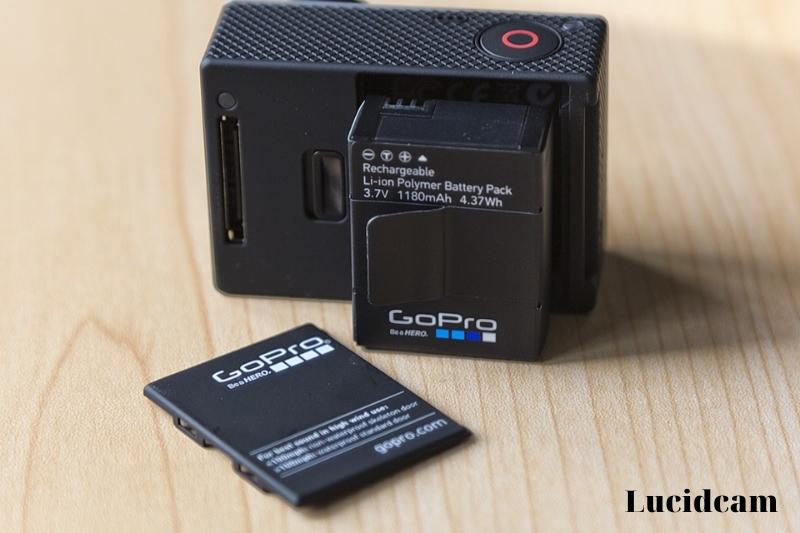 The battery life is a key difference between GoPro Hero 3+ Black & Silver. Both use the same battery pack, with a capacity of 4366mWh, but the results can be quite different.

It’s fair to compare the cameras when they shoot at the same resolution and frame rate. However, the table below shows that the Silver records at 1080p at 60fps and can record for up to 2 hours 15 minutes. The Black stops recording after 1 hour 30 minutes.

GoPro doesn’t give any explanations, but the Black needs a faster processor to handle 4K resolution footage. This processor draws more power than that of Silver, even at lower resolutions.

It is interesting to see that battery life is better at 4K than at 1080p. This is likely due to the slower frame rate at the highest resolution, rather than compensating for the larger frame sizes when it comes down to battery life.