In the drone world, there are two kinds of people: those who have a huge budget and can afford to purchase whatever drone they want, and those who want to get a mid-range model that is competitively priced. In other words, if you want a drone but don’t have a lot of money to spend on one, read on!

This article reviews the Yuneec Typhoon H, a drone that falls in the latter category. 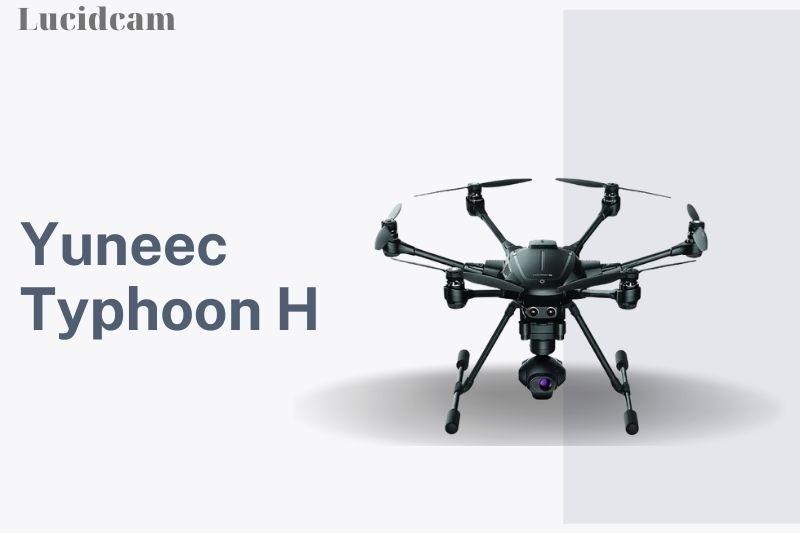 What’s Inside The Box? 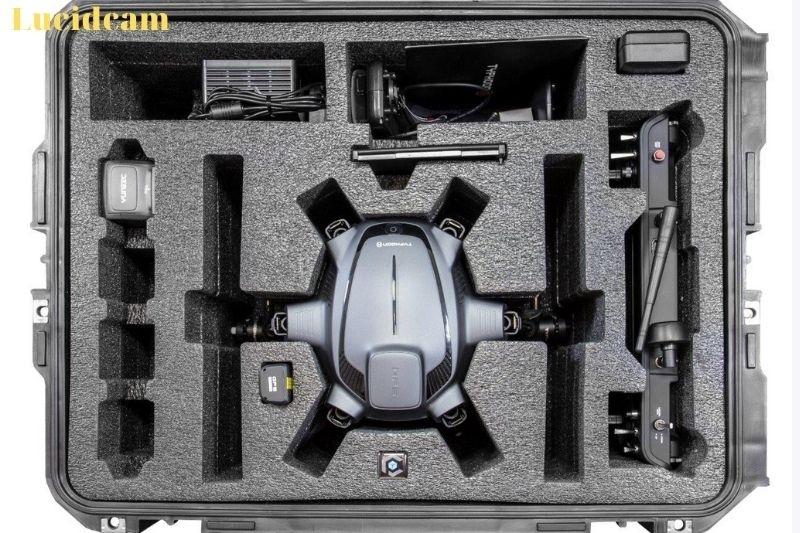 Typhoon H includes the assembled hexacopter, ST16 remote controller, battery, charger, sunshade, user manual, and small parts. The drone can be flown right out of the box with a little setup.

The preparation was simple. You just need to plug in your battery and turn on ST16 Ground Control. Although the latter can take some getting used to, the best part is that the ST16 Ground Control already has a large integrated screen display of 7 inches. On a good day, a 5400 mAh battery will provide a 25-minute flight time. 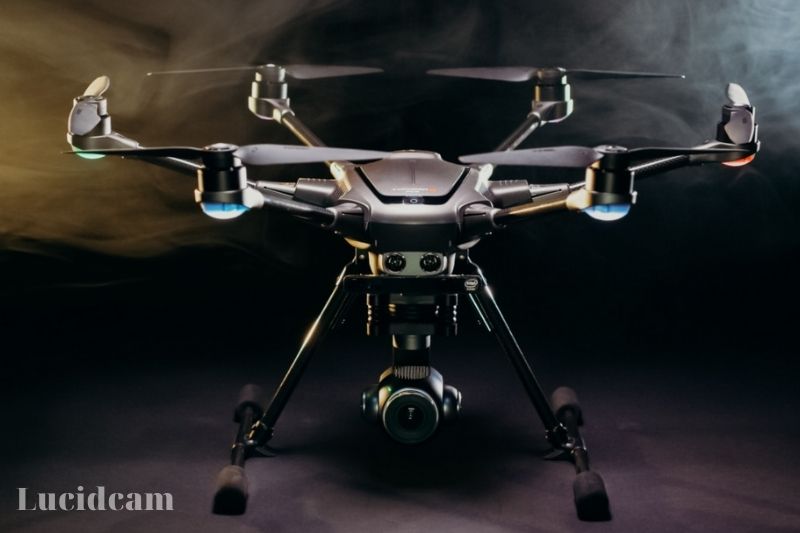 Yuneec is a top manufacturer of drones worldwide, and their Typhoon H series drone series is their flagship product for the budget-conscious. They never compromise on the quality of their designs, which would be beneficial to users.

Their unique six-rotor technology ensures a stable flight, better video, and photos. The rotors function properly and the aircraft can land safely, even if the rotor fails. This makes flying safer. In windy conditions, it is helpful to know that your aircraft will fly stable. The interior of Yuneec H is designed to maximize air circulation, allowing faster cooling, especially during flight.

Despite all the technical details of the H, I was concerned about the fragile appearance of the drone. One, the landing legs and rotor arms are designed to fold and retract quickly to make it easy to pack up. They are, however, more fragile than conventional quadcopters, particularly the rotors. The camera mount hangs loosely on the drone’s body and gives the impression that it could come off in an accident. Although it may sound a little nitpicky, drones can be prone to mishaps and these parts are often the victims. It’s great that Typhoon H replacement parts can be found online or on the Yuneec website. 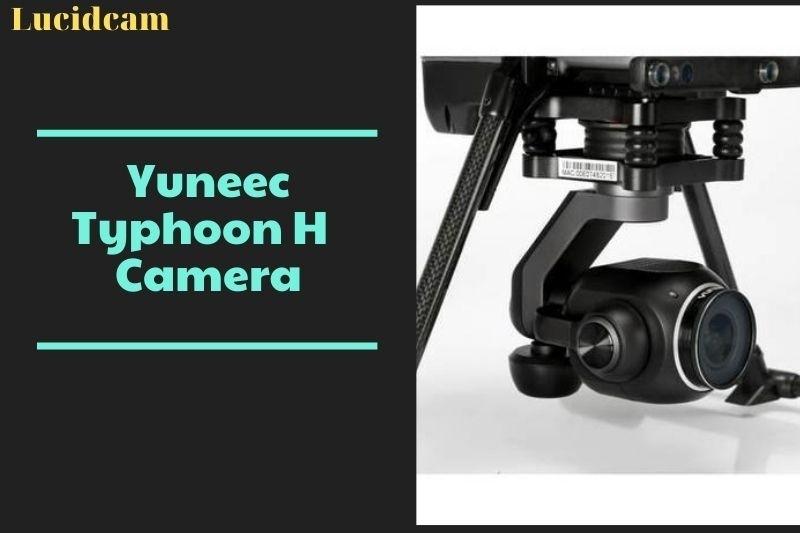 Typhoon H’s state-of-the-art video and image capture systems are one of its most distinctive features. It features a CGO3+ anti-vibration CGO3+ camera and a high-quality wide-angle glass lens. This allows for a maximum 94deg field-of-view. It can rotate 360deg, captures 4k Ultra HD videos at 30 frames per second, and still images up to 12 megapixels. The drone’s multiple autonomous flight mode make it a popular choice for creative professionals.

These exceptional camera specs are often found on high-end professional drones that cost astronomical amounts. The Yuneec H offers this same camera for half the price.

Typhoon H offers many other features not available on DJI Phantom 4 or its successors. The 12.4-megapixel camera records UHD 4K videos at 30 frames per second. You can capture footage from the entire area at different angles thanks to the powerful camera. The 3-axis gimbal is able to swivel 360°. You can easily retract the landing gear with a flip of a switch so that it doesn’t interfere with your shots.

This mode allows you to bind two Ground Stations to H, and one Ground Station to the CGO3+ simultaneously. Cooperation between pilots and camera operators makes it much easier to capture truly unique content.

Typhoon H is equipped with an upgraded version CG03 integrated camera/gimbal. It can take high-quality, stable 4K video and excellent still images at 12 megapixels. You can also rotate it through an unlimited 360deg range.

The CGO3+ gimbal camera features a 98deg field-of-view, a wide-angle lens, and a variety of settings that can all be adjusted via controller while in flight.

The images taken by the CG03 setup cannot be automatically geotagged. 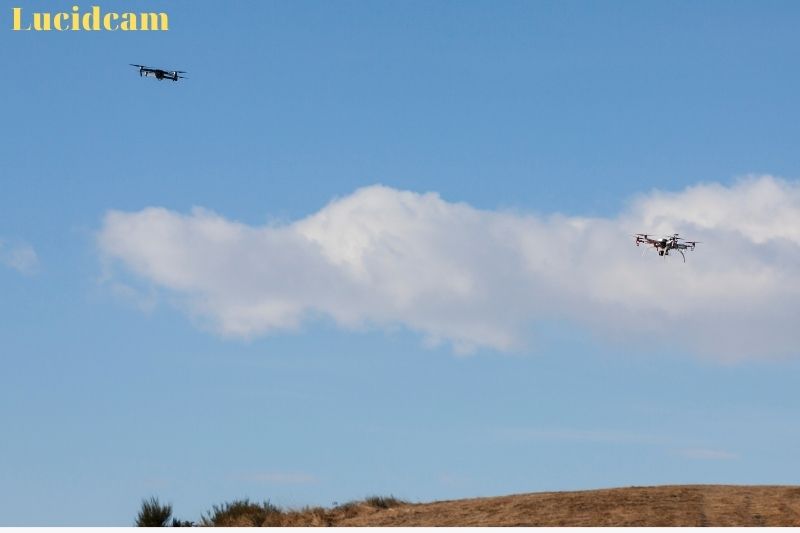 The Yuneec Typhoon H is proud of its various autonomous flight mode. These can be tailored to meet different needs when shooting. Orbit Me allows the drone to follow a circle around you while keeping your distance and height. Point-Of Interest (POI) mode works in the same way as Orbit Me but circles an object that is not identified by the user.

If Journey mode is selected, the drone will fly up on a chosen linear path and return to its user. The Typhoon H follows you, while Watch Me mode keeps the drone focused on you. Curve Cable Cam (CCC) mode allows Typhoon H to fly along a specific path, while the user can focus on the camera. Return Home mode allows the drone to turn around and land alongside the user. These functions can be easily set up and changed to suit the preferences of the pilot.

The ST16 Ground Control system allows pilots to the flight controller, camera, and other functions of Yuneec H. This is useful for facilitating these flights. It is an integrated transmitter and receiver as well as an Android platform. The screen displays 720p HD live footage. Transmission ranges up to 1.6 km. Although it may be difficult to get used to the system’s functions at first, users should continue to learn about the ST16 in order to maximize Typhoon H. 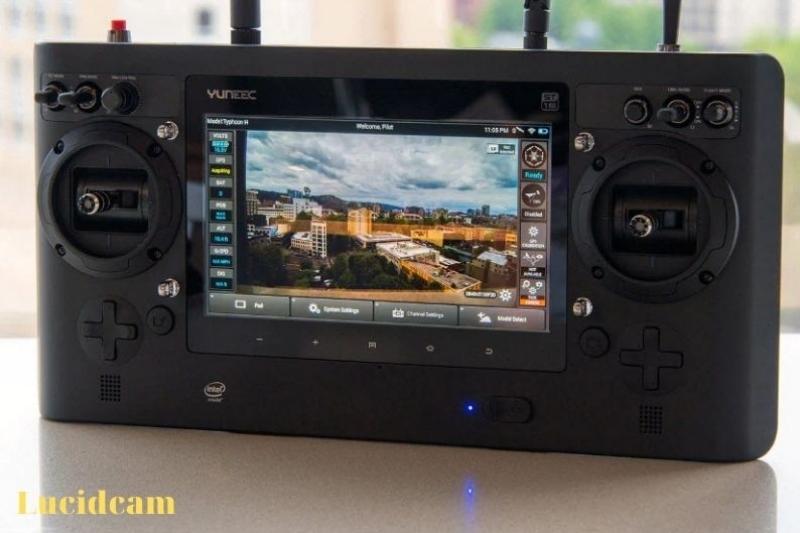 The Typhoon H has a dedicated controller and a 7-inch touchscreen display. This is in contrast to the P4 or 3DR Solo. You don’t need to have a tablet or smartphone to control the drone, view telemetry data, and stream live video.

The best thing about Typhoon H is that you can link up to two controllers simultaneously. You can use one controller to control your drone, and the other to operate the high-powered camera. This feature is not available in any other drone currently on the market.

The Typhoon H is just like any other drone for aerial photography. It has its pros and cons. The good news about this model is its ability to offer more benefits than it has drawbacks.

Typhoon H drone app is CGO3. The CGO3 and CGO4 apps are required for larger machines. You can use the CGO3 app to fly Typhoon H or other machines with the CGO3 cameras. The CGO4 app is recommended for Tornado H920+ users. It was easy to understand, which I love about Yuneec.

Yuneec added an obstacle avoidance technology to lower the risk of collisions that could cause damage to the drone or its parts. Typhoon H uses sonar technology to avoid obstacles in complete darkness and low light. The sonar system is attached to the drone’s nose and can only detect obstacles within its range. This is a great feature for inexperienced pilots.

The drone can fly autonomously in a variety of modes. This allows the pilot to do most of the flying and it doesn’t need to be controlled. For example, the Orbit Me mode allows the drone to orbit around its controller while keeping its focus on the operator.

Point of Interest mode lets the hexacopter orbit around a specific location as defined by the GPS coordinates displayed on the controller screen. Curve Cable Cam, Follow Me and Journey are other autonomous flight modes.

The Typhoon H is shipped in a box with front-facing sonar. This allows for close-range object detection.

The platform can also be upgraded with Intel Sense Technology 3D for visual collision avoidance. This feature is included in the Phantom 4 out-of-the-box. 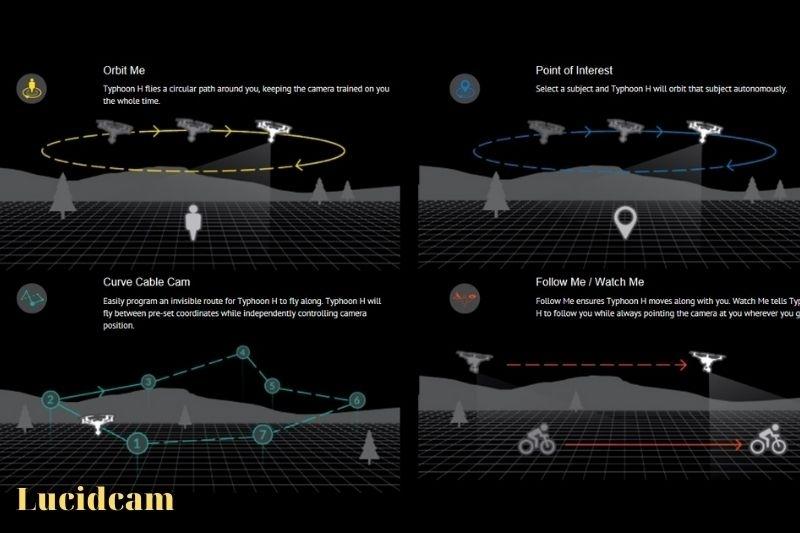 The Typhoon H, like the Phantom 4, has an automated flight mode that takes the hassle out of getting your flying camera in position for great shots.

Mode for Team (2-Operator Operator): This mode requires a smaller controller, called the Wizard. The Wizard is the one who controls the camera and the drone. The Wizard can be used to act as a Follow Me beacon. Typhoon H will follow the Wizard around. This is great for outdoor activities and covering racers.

DON’T MISS some of the posts here that might be helpful to you:

What’s Not To Love? 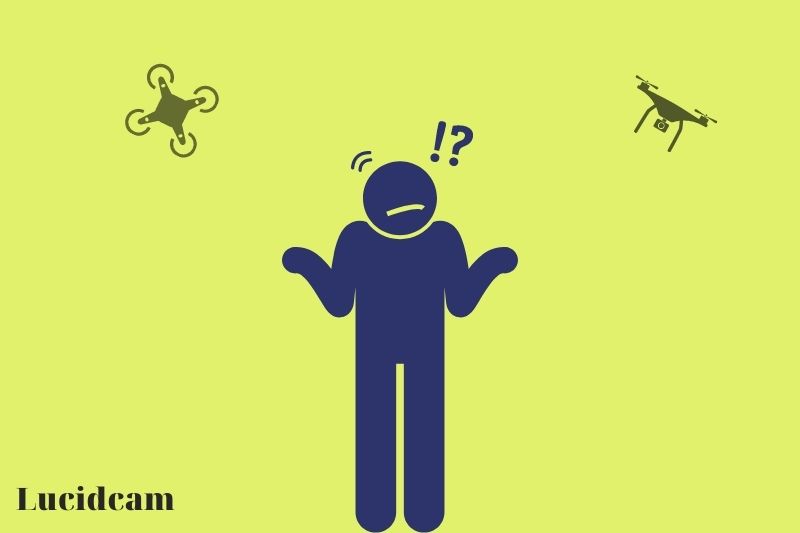 Although my efforts to test the Typhoon H were not complete, I was able to fly it enough to see that it performs well when it is operating normally. Nevertheless, I did find that certain parts of Typhoon H are less durable than you might imagine.

Two small plastic rails attach the camera to the body. This was something that bothered me when I reviewed Yuneec’s Q500. And, it seems, rightfully so. They aren’t only difficult to use but also not very secure and can break easily.

The landing gear had broken and was unable to hold the copter upright so I opened it to find the problem. The landing gear was connected to the motor which lifts and lowers the copter. It was made of plastic and easily snapped.

However, there is a silver lining: Replacing parts are very affordable. Parts can also be ordered online and directly from Yuneec. Although you won’t be able to fix the software issues on your own, it is very user-friendly. It was just a shame that Yuneec didn’t make it stronger.

The Typhoon H lacks the same fit and finishes as drones made by other manufacturers. There are little things, like indicators of battery life on the battery and controller for when they are not in use. Also, there is no way to update the drone’s or controller’s firmware. The battery life lasts for about 20 minutes with a longer charge time of over two hours. Another thing is that Yuneec comes with its tiny Wizard controller. This allows you to control the drone from one person and the ST16 camera from another. However, using the Wizard can be a hassle.

Despite everything that went wrong during my testing, my main concerns with the Typhoon H were its design and build quality as well as its ease of use. The Yuneec Typhoon H can be worth your consideration if you are a seasoned pilot and can keep your head up if anything goes wrong. Do yourself a favor, and make sure to reinforce your camera mount before taking off.

Before you make a decision to buy Typhoon H, You should read the comparison Typhoon H vs Phantom 4

The Yuneec Typhoon H combines remarkable professional functionality with a user-friendly design. This aircraft is both simple to fly and inventive. The Phantom 4 is less costly than this model, yet it includes added functions that none of the following versions have. If you value performance, innovation, and dependability, as well as value for money, this powerful beast may be the correct pick for you. Check out the drone for beginners to learn more