You might start to think about the amazing places you can fly your drone when you first get it. LA might seem like one of these locations since there are many great attractions and sights in the area that you can take photos and videos of. You must be aware of the legalities involved in flying a drone to avoid getting into trouble with the law.

In this blog, we give you a brief overview of the rules and regulations and Where To Fly Drone In Los Angeles that can help you fly your drone without getting into trouble. 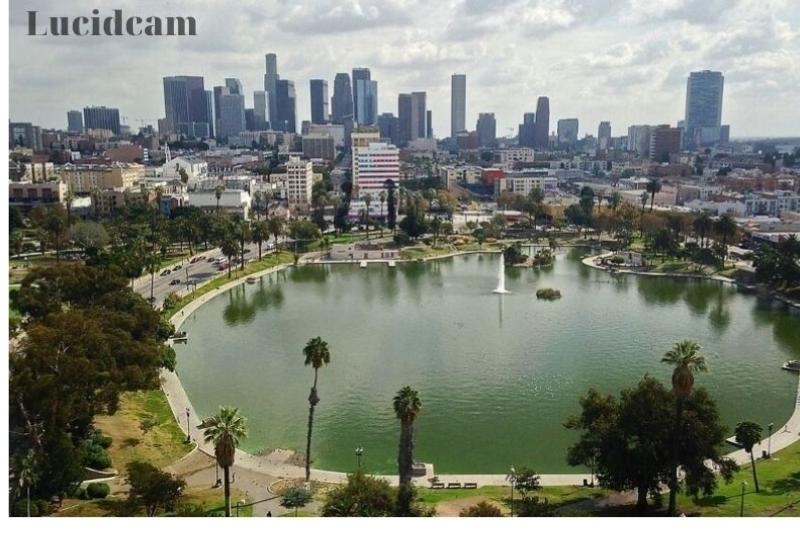 First, understand that drone flying in Los Angeles or any other city is a recreational activity.

The FAA’s Recreational Flyer Rules apply to recreational drone pilots. These rules are available here. The FAA requires that you register your drone and complete the Recreational UAS Safety Test.

Part 107 regulations apply to commercial drone pilots. They require that you pass a multi-choice test in order to become an FAA-certified drone pilot. You can find more information about drone certification here.

When flying within five miles from an airport, drone operators no longer need to contact air traffic control. Both commercial and recreational flyers can now use the automated LAANC system for airspace authorization. This allows them to fly in controlled airspace above and around many airports. You will need airspace authorization if you are operating in Class C, D or E controlled airspace. This can be done through FAADroneZone or LAANC in those areas that LAANC is not possible.

Here is a guide on commercial UAV use https://www.parks.ca.gov/?page_id=29229 Remember to refer to it to avoid trouble when flying the drones

Where To Fly Drone In Los Angeles

Here are our top picks to fly drones in Los Angeles. These locations were chosen based on accessibility, airspace restrictions, and other attractions. Most of the places we chose are in Class G, uncontrolled airspace where permission is not required. We also highlighted any designated sUAS/remote airfields. 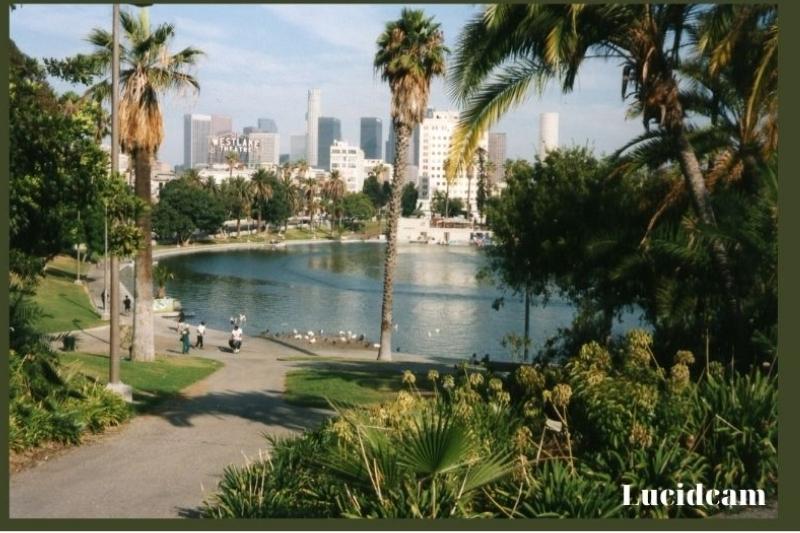 MacArthur Park is close to downtown Los Angeles. It sits in Class-G airspace. The original name of the park was Westlake Park. It was later renamed in honor of General Douglas MacArthur, who lived there from 1940 to 1945. The park features a natural spring-fed lake and soccer fields. There is also an amphitheater, playground, amphitheater, and many other recreational activities. It is ideal for drone photos/videos because of its lake and view of the Los Angeles Skyline. Fly safely and avoid flying over park residents. 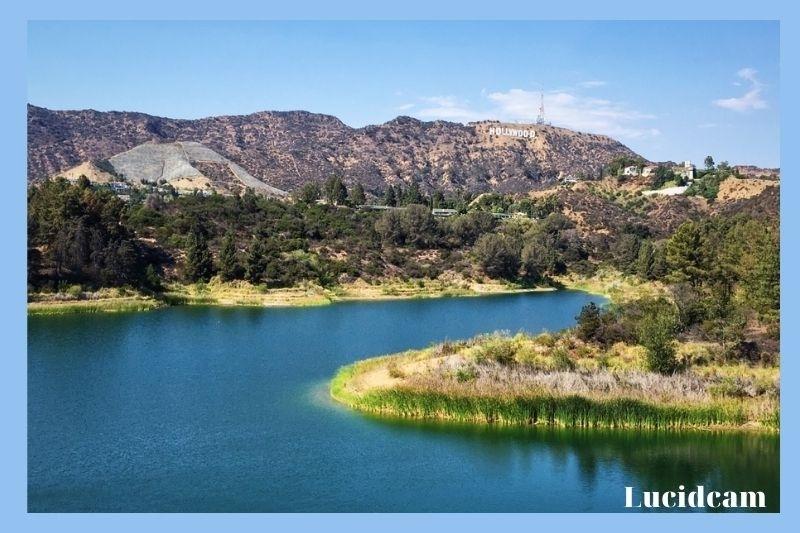 Lake Hollywood is a manmade reservoir that is located in the Lake Hollywood State Park. The Los Angeles Department of Water and Power built the Reservoir in 1924. Mulholland Dam has created it and it has a water volume of 2.5 billion US Gallons. A paved road runs around the reservoir and is suitable for walking, biking, running, and other recreational activities. From the park, you can see the Los Angeles skyline from one side and the Hollywood sign from the other.

Hermosa Beach Pier was built in 1904 as a wooden structure. After it was washed away, the pier was rebuilt by its current owners in 1914. The concrete-only pier is 1000 feet long. Because it is in Class G airspace, this location is ideal for a flying drone. Amazing views of the Pacific Ocean, Hermosa, and the coast make for great drone shots. Another thing to remember about this location: Hermosa Beach’s drone ordinance requires that drone operators obtain an operating permit as well as an identification number from the City. 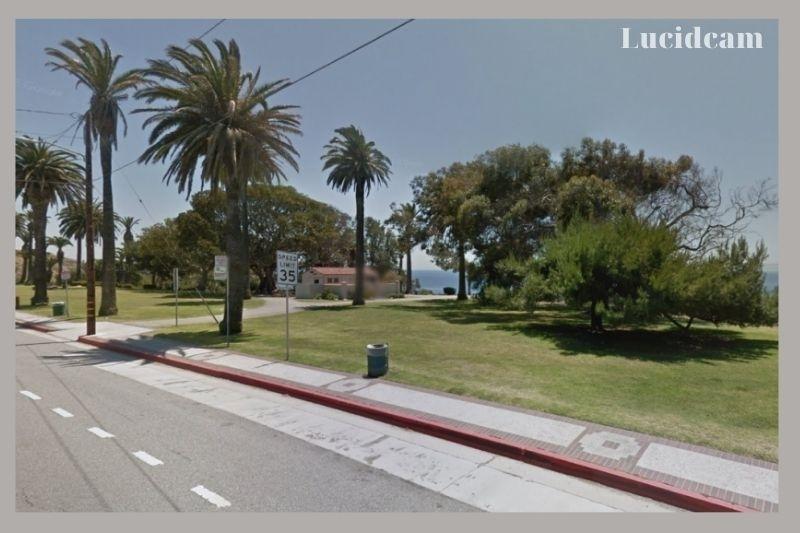 Wilders Addition Park can be found near the Pont Fermin Lighthouse in San Pedro, California. These striking bluffs rise above the Pacific Ocean creating a stunning scene that is reminiscent of something out of a movie. Both locals and tourists will agree that sunsets here are among the most beautiful. This location offers breathtaking ocean views, historical lighthouses, and beautiful scenery. Every drone pilot will enjoy this place.

Terranea Bluff Top Park, located in Rancho Palos Verdes (California), is also Class-G airspace. It is an excellent location with a beautiful view of the Pacific Ocean. There’s also a lighthouse, beautiful landscaping, and a lot of other amenities. These are just a few of the many features that make Los Angeles a top choice for pilots of drones. 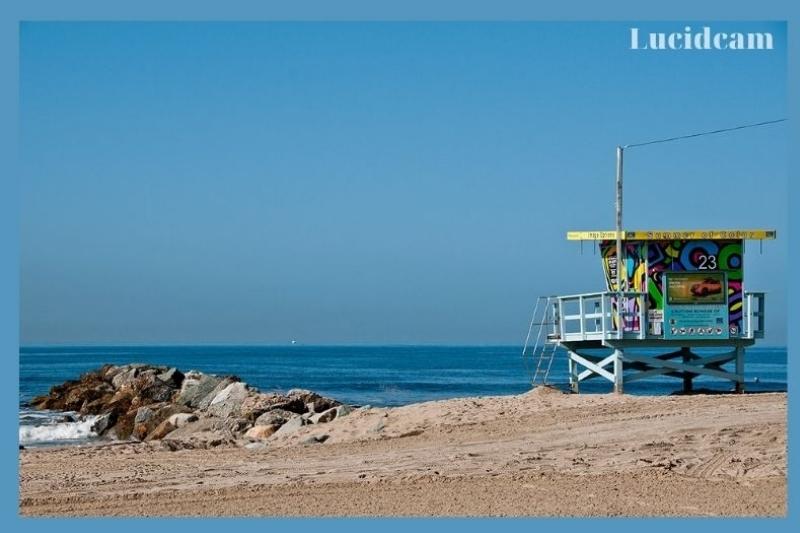 Venice and Torrance beaches are two of the most popular areas where you can fly your drones. You should avoid other people if you decide to fly your drones there. You might want to avoid people later in the afternoon if your drone is really important to you. 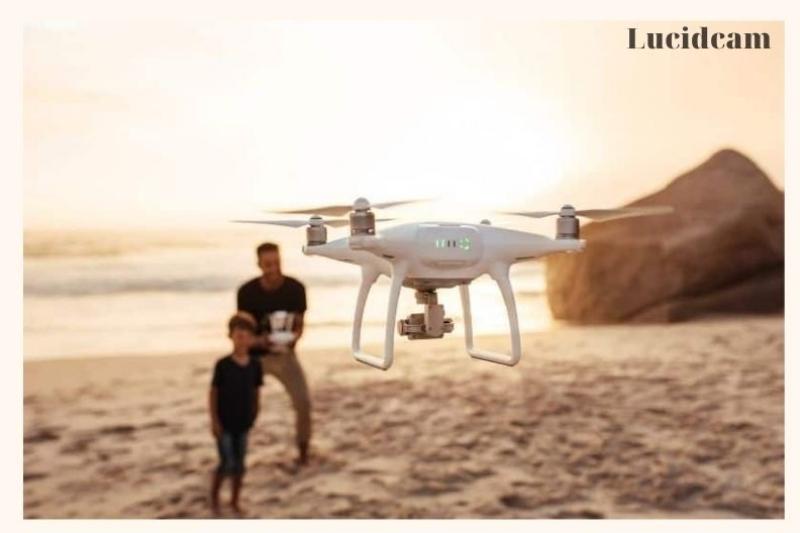 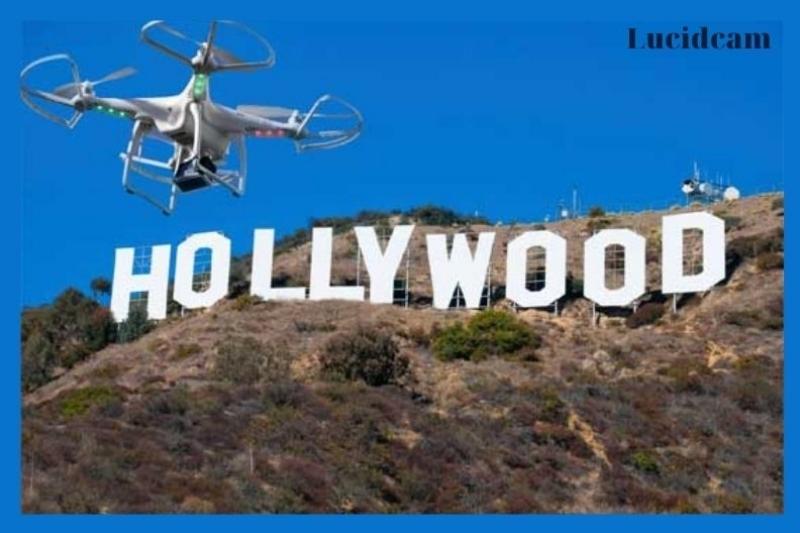 Although you might think it would be great to fly your drone around Hollywood Sign and take some photos or videos, this is prohibited. Urban myth says that the sign is on private property, and the owner owns an anti-drone gun that will jam your drone. It’s actually because the sign is governed under Los Angeles Rec & Parks Ordinance No. 176,929. 176,929.

This sign is large enough to be visible from many areas around it. You can fly from Griffith Observatory, provided you are aware of the bird sanctuary. It can also be seen from Hollywood Boulevard and parts of the Hollywood Walk of Fame.

Before you fly your drone in Los Angeles, you need to be familiar with the regulations and laws in place. These laws define two types of drone pilots: commercial and recreational.

Anyone who is a recreational drone pilot is someone who simply wants to fly their drone for entertainment. You are not being paid to fly your drone. The FAA (Federal Aviation Association) has established rules for recreational pilots of drones. These are:

You must follow federal regulations when flying your drones in Los Angeles. California state laws also apply. You should be aware of several pieces. These laws were passed by the California State Legislature to address the irresponsibility of drone pilots in the past.

This law was created in 2016 to make sure that drones don’t interfere with first responders work. It states that you cannot fly your drone on the spot of an emergency. You are committing a crime against safety and public health.

Another law was filed in 2016. This law limits the liability of first responders if they damage or disable a drone interfering with their work.

This law prohibits you from flying your drone above a California correctional facility. You could face fines up to $500 if you do this.

California amended its invasion-of-privacy laws in 2015. They did this to take private property into account. This law states that drones cannot fly to private property without permission, particularly if they are taking photos or videos.

Although you may not have intended to take out a hornet’s nest with your drone this law was created for those who were brave enough. This obscure law states that drones cannot be used for pest control unless the pilot has a valid certificate.

If you wanna research other laws, you can checklist here:

These drone laws only apply to specific areas, cities, and counties in California. They were created by different authorities.

The ordinance forbids drone flights within the city.

This ordinance prohibits drone landings and takeoffs beyond the pilot’s visual line of sight, within 25 feet of another person, other than the drone pilot or the drone pilot’s designee, without the consenting property owner.

Without a temporary permit issued by the city, it is prohibited to takeoff or land within 500 feet of special events or emergency response areas. It also prohibits violations of FAA temporary flight restrictions and notices to airmen.

Local authorities have the authority and power to enforce FAA drone regulations under the city ordinance. FAA regulations violations are a misdemeanor. A city ordinance limits the distance that a drone can fly away from schools or public places.

Drone operators must have an operating permit from Hermosa Beach and an identification number. This ordinance strengthens privacy laws, stating that drone operators can’t use a drone for recording, transmitting or transmitting visual images or audio recordings of private property and persons within the City. It is forbidden to fly a drone within 350 feet of airspace used by public schools.

This code prohibits drones from being used in city parks without permission from the Recreation and Park Department.

Santa Clara Valley Open Space Authority prohibits drones from flying over its properties. Pilots of drone who wish to fly a drone require a permit. This policy does NOT apply to law enforcement, search, and rescue, or fire protection operations.

This policy prohibits drones from being used above MidPeninsula Regional Open Space District properties. Drones are only allowed in designated areas or with a written permit. Commercial drone pilots cannot obtain permits at this moment.

This county ordinance prohibits drones from operating in certain Orange County Parks. You can view the entire list of parks to determine if drone operations are permitted in any particular location.

This ordinance prohibits the operation of drones in city parks without remote controllers or with them.

To fly a drone commercially, you must obtain a filming permit from the city. Malibu’s airspace is mostly in National Park airspace. This area is a No-Fly Zone. The city does allow commercial drone operations for photography of real estate. Information about the permit and application can be found here.

This park ordinance prohibits the use of drones in parks owned by or operated under the authority without a permit from either the Executive Officer or his designee.

The city ordinance prohibits the use of drones within city parks unless they are in designated areas.

Drone use within any Golden Gate National Parks in the San Francisco Bay Area is also prohibited by the National Park Service. Learn more.

This ordinance prohibits the operation of drones on city property unless they are in an area designated for such purposes.

Lucidcam hopes this blog will helpful for you. More information here, if you wanna read