If you’re looking for an introduction to Google Cardboard, you’ve come to the right place! In this review, we’ll discuss what Google Cardboard is, what you need to get started, and what you can do with it. We’ll also give our thoughts on the overall experience of using Google Cardboard. 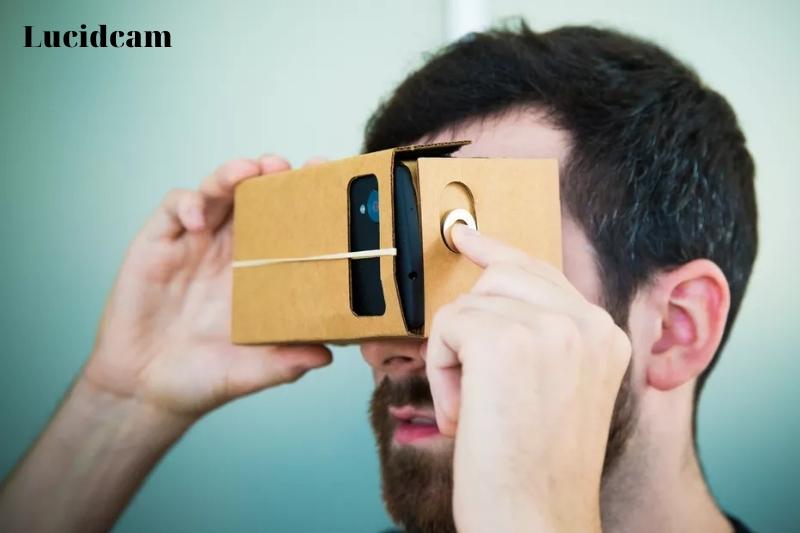 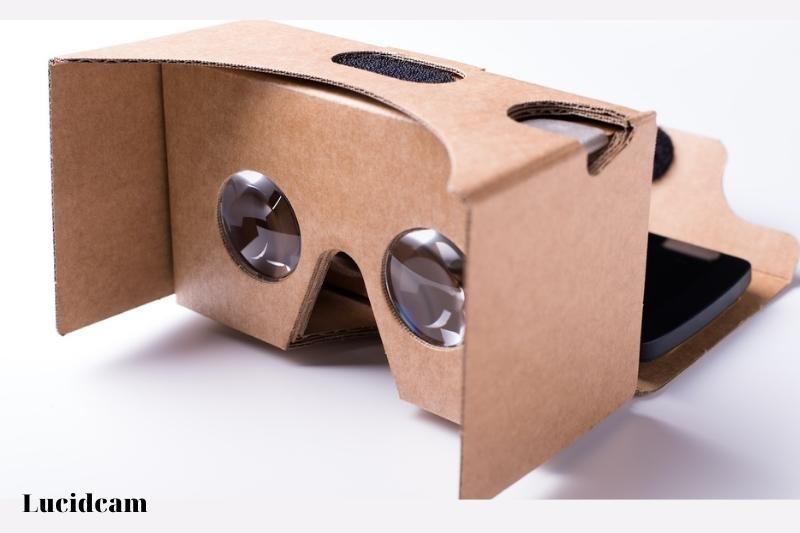 Google’s first virtual reality gadget pretty much sums up the concept. The incredibly low price of Cardboard comes down to the fact that it is made entirely from cardboard. The headset is extremely simple and has no head strap to hold it in place. You’ll have to hold the headset with your hands. This makes it more of an immersive VR viewer than a full-blown headset.

Two flaps are found at the front of your headset. They attach Velcro to the sides and top. The sides attach to the headset to block out light sources. The front flap acts as an enclosure for your smartphone. Simply fold it down and insert your phone. Now you’re good to go. The top-right corner has a recessed area that can be depressed for use in Cardboard-compatible apps.

The interior of the device features a pair of lenses and a hole that allows it to rest comfortably on your bridge. The middle of the device has a guideline that helps you align your phone for when it is time for it to be placed in the headset.

Cardboard is your best friend. It doesn’t have a head strap, so you can just hold it up to your face. It doesn’t have any padding, so it’s as comfortable as Cardboard. However, you don’t have to press it too hard to achieve the desired effect.

Google Cardboard’s biggest drawback is that it requires you to hold it up all the time. Even though Cardboard weighs in at only 3.4 ounces, you will eventually get tired of it. This is not a good situation for those who want to relax and watch a movie.

While some Google Cardboard viewers may require some work to set up, the official Google headset is easy. The headset is already fully assembled when it’s taken out of its box. You just need to remove the front and side flaps.

If you want to use the official Google Cardboard app on your smartphone, it will prompt you to set up by scanning the QR code printed on the headset. Once you have completed this, your phone will be placed in the front panel. Then, you can velcro it to its place. 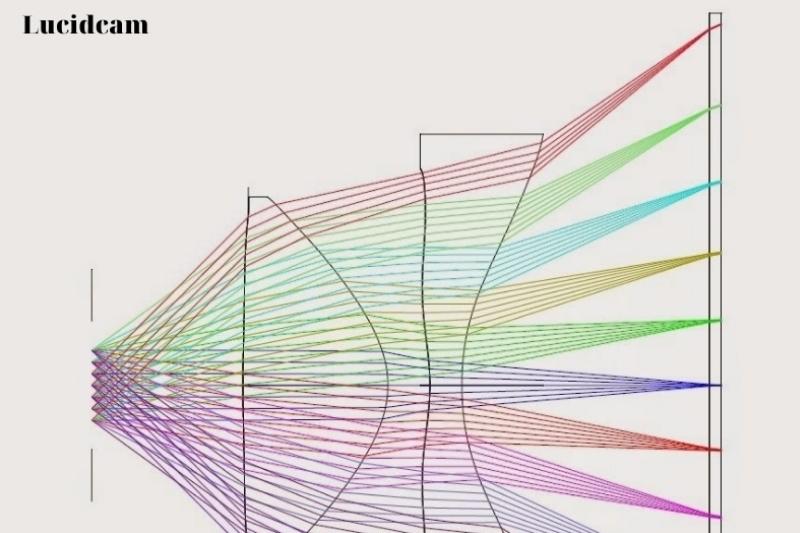 Google Cardboard doesn’t allow you to adjust pupil distance or focal distance. These lenses are similar to those found on cheap VR headsets.

Your smartphone’s screen may be affected by the lenses, which can cause a slight dimming effect. This can cause colors to become muted. This is especially noticeable in brighter games such as Lamper VR Firefly Rescue. The Magiove really makes the game pop on this headset. While it’s acceptable for short VR sessions, which are ideal for Google Cardboard’s VR headsets, it isn’t as good as some of the more expensive competitors.

Cardboard is not recommended for those who are concerned about light leakage from outside. You’ll find yourself having to hold the headset against your head, which can become very uncomfortable.

Why would you expect integrated audio if you don’t own a headband? Cardboard does not have onboard audio, which is a surprise to most people. The flap at the top leaves your bottom and top exposed. So plugging in headphones is simple enough. You can also let your phone do all the work. 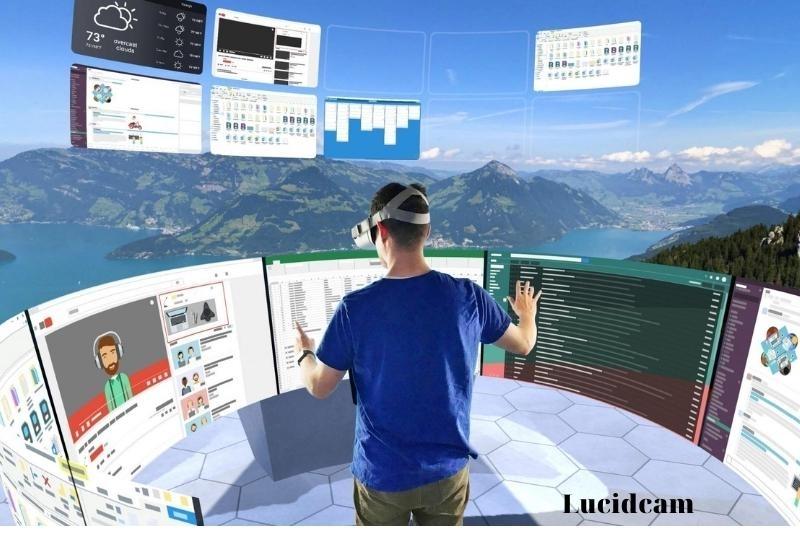 You can find thousands more VR apps in Google Play and the iOS App Store. The Google Cardboard app, which offers a curated selection of apps, games, and experiences, is a great place to start for VR novices. It’s not as wild as the large marketplaces.

These are also content specifically created for Cardboard. They usually cater to Cardboard’s strengths and weaknesses. There are many apps that allow you to explore places that you might not otherwise have the chance to.

Google Expeditions can guide you on guided field trips to Antarctica, Machu Picchu, and the International Space Station. Cardboard Camera can also be used to capture 360-degree images of exotic or unusual locations so that you can share them with others later.

The next measurement measures how difficult it was to hook up headphones and whether it took you too long to get them ready.

The Cardboard was very easy to use to connect headphones to your smartphone. It folds out, so it is easy to insert your smartphone. However, the phone can be positioned on its side so that it can be accidentally pressed one of the side buttons while it is being used.

During our testing, however, we have never experienced this. Although the Cardboard allows you to leave most cases on your smartphone, it can be a bit snug for more rugged cases. 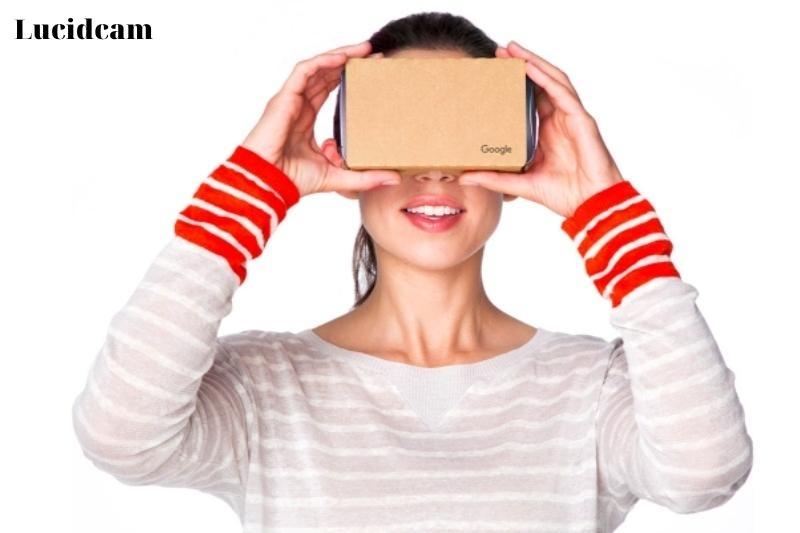 The apps that you can find on Google Play and Apple’s App Store are what drive the Cardboard experience. Adult Swim’s Virtual Brainload VR App for Cardboard lets you eat a few pieces of buttery, salty popcorn, and it is directly deposited onto your cerebral cortex. It’s a beautiful celebration of sound and color.

Although it is somewhat nauseating, it’s mostly understandable. The mystifying colors are paired up with the haunting sounds of Americana. Before you know it, you will be thrown back to where you started. It’s like popcorn or whatever snack you prefer. It’s over too quickly.

This makes Cardboard a great experience. Cardboard (and popcorn!) is meant to be shared and passed on to friends and curious observers so that they can get the full story. There are many experiences available on both the Apple App and Google Play stores. Although none of these experiences are as psychedelic or as exciting as Adult Swim’s, there is still plenty to do, such as exploring space and zipping around in a Mercedes Benz.

This is precisely why Google Cardboard has become so popular. It acts as an ambassador for virtual reality, opening up a world that few people have experienced, but many others don’t know about. It’s small, lightweight, and easy to use.

It helps that the design is so clever. Google Cardboard 2.0, which was introduced at the company’s I/O developer conference in May, simplifies its predecessor’s design — which is absurd considering we are talking about folded Cardboard. It’s true. The original Cardboard used a magnet to interact with apps. Now, the trigger taps directly onto your screen. The new Cardboard is slightly bigger to fit larger phones but folds down into an even smaller shape.

You can download the Cardboard app or any of the VR demos available on Google Play and Apple’s App Store. Once you have your phone, you are ready to go. You don’t need a sweaty headband or cables to tie you down. It is lightweight, inexpensive, and compatible with the hardware that you probably already have.

It was also cheap! Google Expeditions will allow educators to easily take their class to the Grand Canyon or to the Louvre. It’s a very affordable way to do this. You can send your family to Mars or your friends to space. Cardboard can be left on a shelf and will blow the minds of any friend who is curious about the little box with the Google logo.

Google Cardboard VR can be a cheap VR headset, after all, it’s only made of cardboard. But if you want to enjoy the virtual reality world, then nothing can beat google cardboard VR. It gives an amazing VR experience with lots of features. The cardboard VR is light weighted and very comfortable to wear. This gadget is ready to use as soon as you buy it. You just need to put your smartphone in cardboard VR and start watching your favorite videos.

If you would like more options, check out my article for the best VR headset for movies