What Makes Utopia 360 VR so Special?

This unit is great for people who don’t want to spend a lot but still want a sense of virtual reality. The unit is well built and has a few useful features which make it an excellent investment.

The Utopia 360 tray is large enough to hold a variety of smartphones. It was just used with my Galaxy S8. We also keep our LG G3 in it all the time. It has a spring-loaded mechanism that allows for the easy removal of larger smartphones and separates for larger ones.

Magnets hold the tray up and keep the screen in front of your eyes. My Otter Box was too thick to allow the lid to close in the Utopia so I had to take it out.

This headset can also create virtual reality. It comes with a sliding window on the tray to use the phone’s camera. It’s ideal for AR apps that alter the way people see the world.

How Well Does it Work?

Although I must take off my glasses to use the headset the focus dials on the sides of the device are very helpful. If your Utopia 360 is blurry or distorted, you can use the focus dial to fix it.

Normally I have to wear glasses to read and see clearly. My needs are almost met by the headset’s focus.

The headset works with your smartphone but is limited in its capabilities. Your smartphone is required to control the headset’s audio, blue tooth controllers, graphics, and sound. You can find Utopia 360 VR games at the Apple Store and Google Play.

Use the Utopia 360 as a tip. Make sure to plug your headphones in. This enhances the experience tremendously.

The straps can be adjusted up to a point. We were able to adjust the size for each member of our family. The knob at the top allows you to adjust the view so that you can see clearly even if your eyes are further apart than the screen on your smartphone.

There are many types of VR headsets available today. Some work with Xbox or PlayStation, while others require a PC and a smartphone. You can only use your VR headset at home with consoles or desktop computers. Although VR can be used with decent laptops, it could prove costly to get this experience outside the home. If you have a tight budget and are looking for decent specs, the best gaming computers under $800 is a good option. This is still a substantial amount of money.
Utopia 360 VR, on the other hand, lets you enter a new world using your smartphone only. Because the headset uses your phone’s display to create the illusion, it doesn’t need any power. It’s ideal for taking your virtual reality experience with you wherever you go. This device is usually less expensive than other VR headsets because you already have the phone. 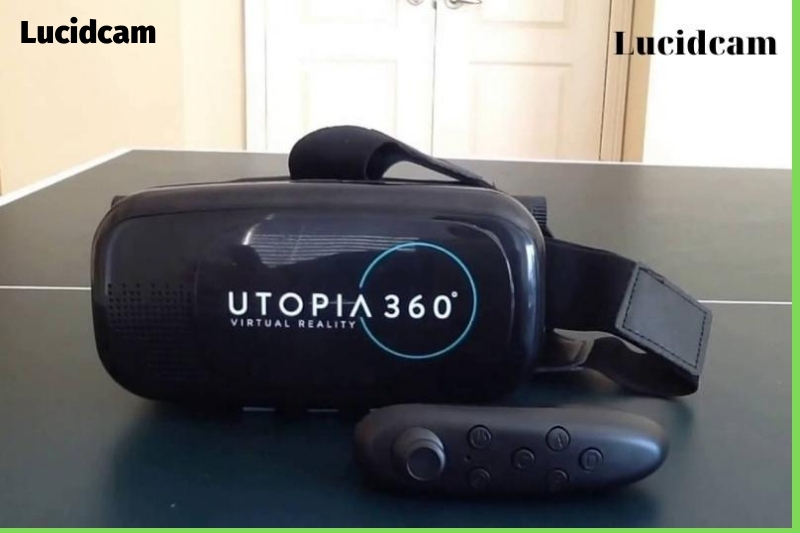 It is made of chic black plastic and fitted with memory foam. It feels so custom-made. It’s almost like it was made just for you.

It’s plastic, so it will break more easily. It’s important not to be too rough with it.

It’s also very portable. VR will be available wherever you are.

The flip-case is located on the front of your phone. There’s a sliding cover that lets you expose your phone’s camera, to make use of it for AR.

Utopia uses complex algorithms to align your eyes with the camera when you use it for Augmented Reality apps. The Utopia then overlays filters/3D images onto your field of vision.

The headset doesn’t cause glare. LucidView lenses are included with the headset. The headset is not as straining for the eyes as some of its cheaper counterparts.

Utopia 360 can download free VR apps from the app store to help you play the games that you choose. Its active button is very tactile. You can use many apps with the capacitive touch.

It is only available in black design-wise. However, this shouldn’t be a problem. Virtual reality headsets are available in a variety of colors.

This headset is smartphone-based, as we have already mentioned. The resolution of your smartphone is the only thing that will affect it. The higher the resolution, the better your smartphone. This device offers a 360-degree field view. This is an excellent feature, especially considering its cost.

The headset comes with a Bluetooth controller, which is very useful when playing certain action games. The VR headset also supports Android platforms. It works with Android smartphones better than iOS. 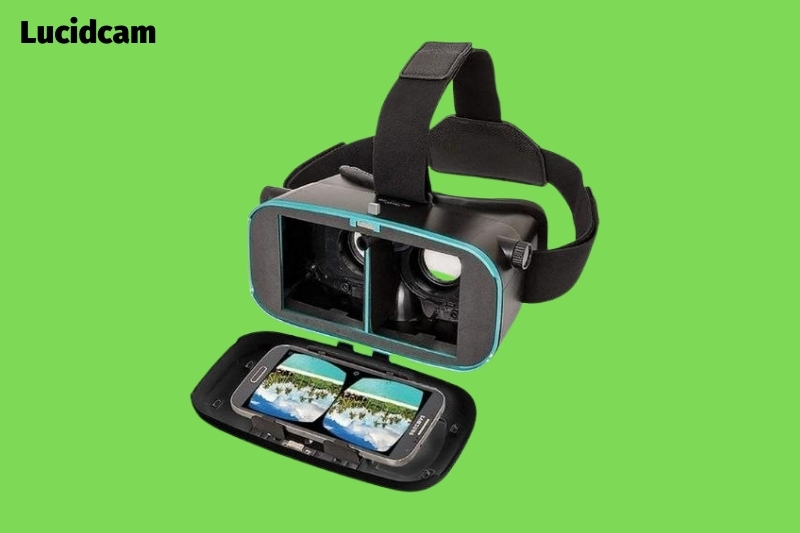 The 360-degree field of view on the display allows you to immerse yourself in whatever you are doing. It will allow you to look in any direction that you like, including up and down.

It uses a LucidView Lens, as mentioned. It will not glare. This means you can stop gaming whenever you like and not when your eyes hurt.

It can be used to play games, and you can also view VR videos. It can handle 1080p content.

We know it has a good viewing experience, but how does it perform in the sound department. The device can pick up even the most subtle sounds. This is what any gamer would love.

Headphones can be plugged in. The tech can produce a very loud sound. The tech will allow you to drown out background noise.

You will receive Bluetooth headphones out of the box depending on which Utopia 360 model it is. The variant with more features would be more expensive. We’re looking at one.

The volume of the VR experience is dependent on how loud your phone can hear it. This could make it a miss. 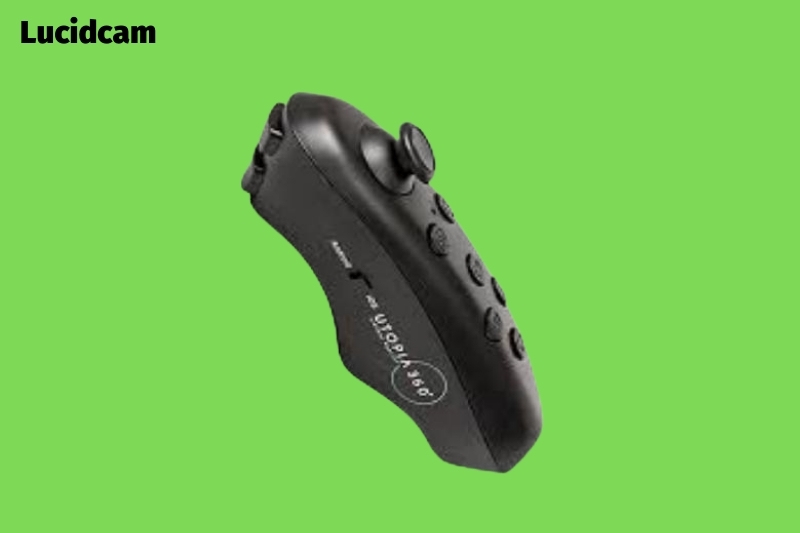 There is also a knob that can be used to adjust the focal distance. A Bluetooth joystick could be included with the Utopia 360 VR. It all depends on the model you buy, but it is just as with the earbuds.

There are eight buttons on the joystick, including four action buttons and one to change the game mode. You can adjust the joystick to suit your iOS or Android device by flipping a switch.

Two triple-A cells are required to operate the controller. They are not included in the box. This shouldn’t be a big deal. 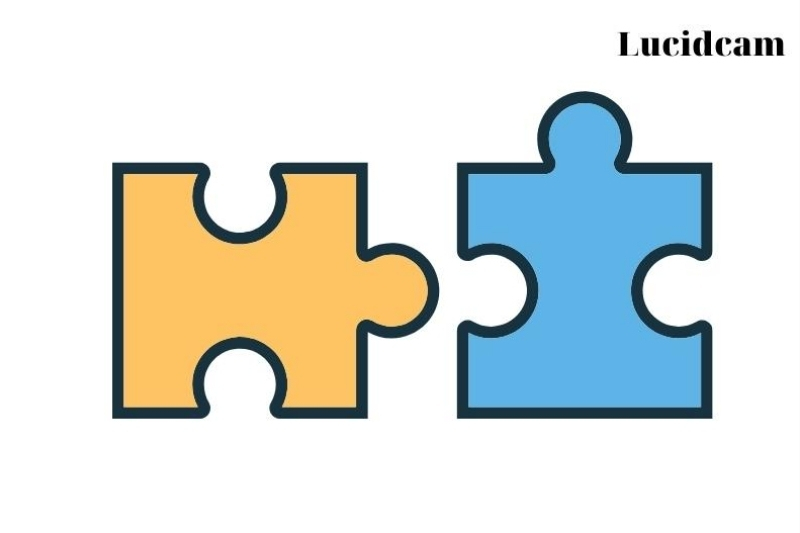 It is compatible with many smartphones. It can be used with most smartphones. Here’s a more precise list of Utopia 360 VR compatibility:

Set Up the Headset

This headset is easy to set up, just like most smartphone-based headsets. You just need to connect your mobile device to the dock. Before you place the phone into the dock, you need to make sure you have installed the apps and games that you would like to view. It is very difficult to see the previews of apps and games while wearing the headset.

This is how most smartphone-based headsets are set up, and it can be annoying. You might start with some apps if you’re a beginner user. This will make it easier to get comfortable with the VR world and your headset.

A VR app is better than a game for calibrating the image. You will need to find an app that supports this device. Some of the latest apps are not supported by Utopia 360. Don’t use the Google Cardboard animations for setting up your Utopia device.

These goggles are easy to set up, according to most people. You don’t need to spend too much time learning how the device works. Before you can set up the headset, it is crucial to have all the apps and games you wish to use on your smartphone. 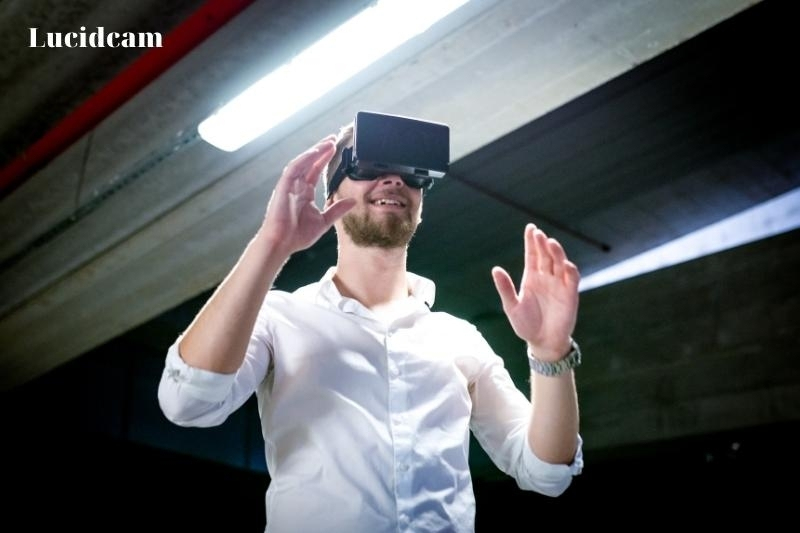 We compared similar units so that you can see how they compare to the Retrak headset.

It is cheaper than its counterpart. The headset is still lightweight and ergonomic. It fits your head better.

You can use it with many smartphones because of its size. It can work with a variety of smartphones. Displays between 3 and 6 inches.

It can handle 1080-p content. It doesn’t block glare, but it does block blue light. This allows you to play for hours and make it easier to hit the hay. It offers a 360-degree view, just like its predecessor.

Your phone will determine how loud the headset sounds. There are no integrated headphones. This could be a problem, as we have already mentioned.

The Astoria does not come with a control panel. The Bluetooth joystick is also absent from the Astoria. It is disappointing, considering the alternative.

It can be used to play video games and also watch videos. It uses wide lenses that allow you to immerse yourself in what you are watching.

This unit comes in purple. This is a great headset. It’s also comfortable, as are most VR sets. Manufacturers understand how important ergonomics is.

It is comfortable but bulky. It can fit many phones. Your forehead will become sweaty. However, Merge has not done much to address the ventilation problem.

It can be used to play games or watch movies. The device is most commonly used for educational purposes. This might have been obvious from the exterior. It is almost toy-like and is a great fit for children.

The Merge can also be used for AR. The Utopia 360 allows you to do this as well.

Lucidcam hopes this blog will be helpful for you. If you have any queries regarding this article or if you want to share your experience, then please leave your comments in the comment box. Thank you for taking the time to read