It might be tough to locate a smart drone with GPS that will intelligently follow you for less than $200. We discovered the Potensic T18 drone after conducting an internet search. This could be the one you’re looking for. Many customers are interested in learning more about the Potensic T18 drone.

Lucidcam has created a Potensic drone review to assist you.

The Potensic T18, a lightweight drone with FPV capabilities, comes equipped with an HD camera. Although this drone is designed for beginners, even more, experienced pilots will have fun flying it. The drone has advanced features such as dual GPS, automatic return home, and follow-me mode. Each battery costs less than $200 and provides a flight time of between 8-10 minutes. 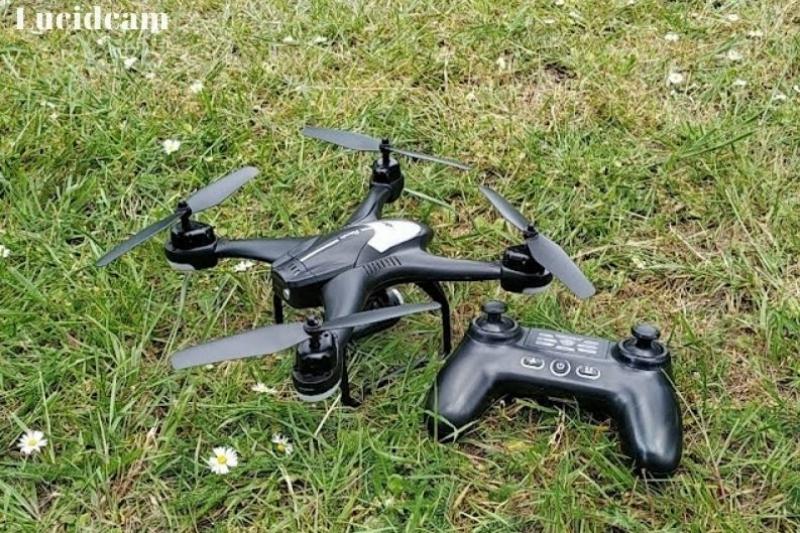 The Potensic T18 GPS drone comes in a complete package that includes eight propellers, two landing pads, four propeller guards, and a charging cord. It also has an intelligent battery, remote controller, screwdriver, and instruction manual. You get more for a lower price.

The sleek, jet-black coating on the hull of the Potensic T18 drone is a striking feature. The drone’s body houses a 1080p HD camera. You can modify the design by adding landing pads or cameras to access more features.

If you want to fly only, you can dismount the camera. The battery can be found on the rear end of the drone. Each battery has its own LED status indicator that shows how much juice is left. The drones have become more advanced over time, especially for those under $100, like the X12 Drone and the CoFight IN1802 Drone

The Potensic T18 drone is 2.05 pounds. This is quite heavy for a quadcopter of its Price. It offers wind resistance and additional weight. You will need to register your drone if you plan to fly it. Register your drone for only five dollars

It also features an adaptable design. The drone is equipped with brushless motors that provide it all the speed and power it needs to perform flight orders. Brushless motors reduce the power consumption of the drone, which will allow for longer flight times and a greater range of flight time. An LED light acts as visual positioning aid during day and night time 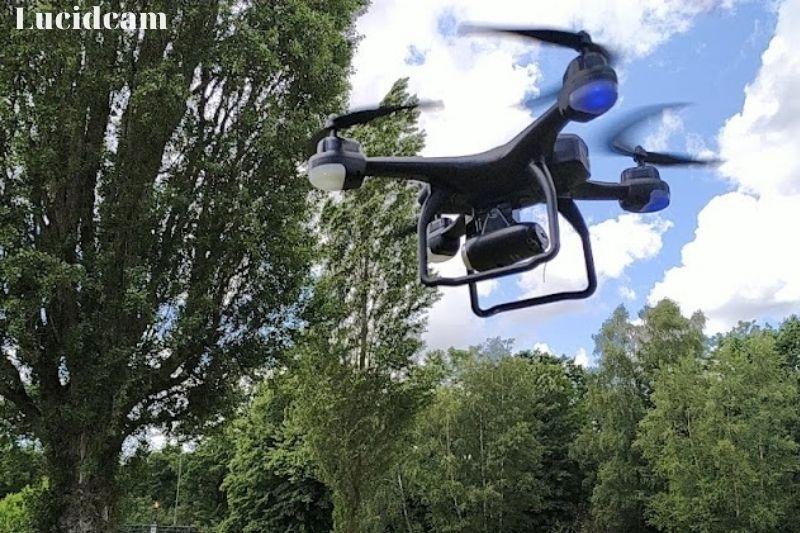 The GPS function is one of the most important features that allow the Potensic 18 drone to be an intelligent drone. The GPS function allows the drone fly stable and follow me mode. It also allows for intelligent flight modes such as point-of-interest and waypoint modes.

Like other Potensic drones in this price range, Potensic T18 has a dual positioning system and location system, thanks to a GPS + GPS implementation.GPS positioning + GLONASS positioning provide you with accurate positioning details of your drone.

It allows the drone to communicate with 24 satellites orbiting Earth, allowing it to accurately plot its position. This helps to keep hover and flight modes stable and prevents them from drifting.

A redundant design helps to ensure that a fail-safe function is available in case one of the systems fails during a flight.

The navigation system is the key to most of the intuitive features on the Potensic 18’s Potensic T18.

Despite being a cheap drone, the T18 comes with some neat features that will make it easier to fly the drone and have more fun with it. 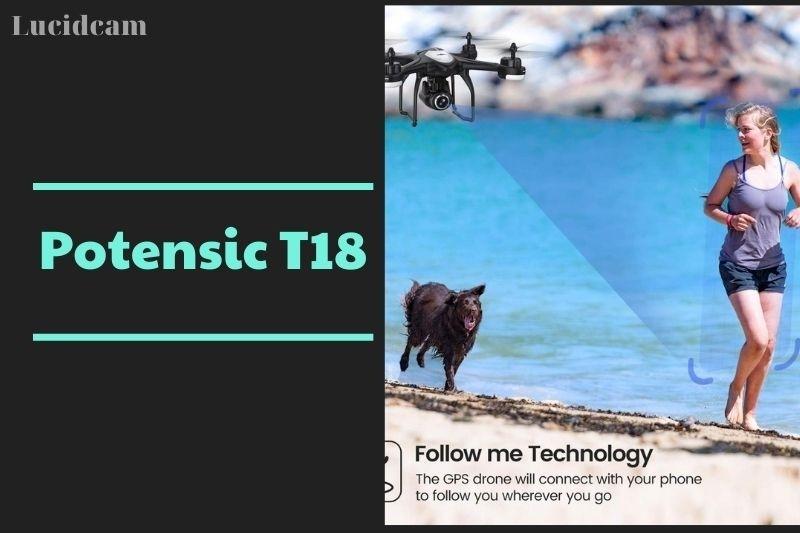 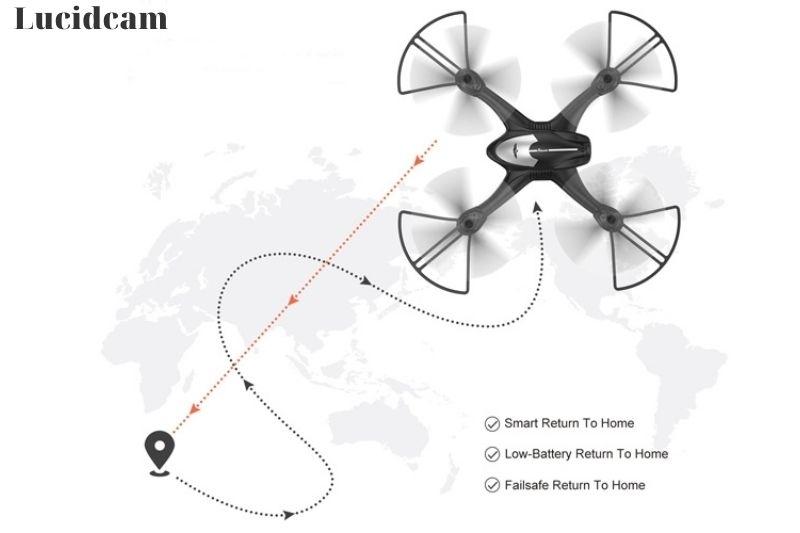 Potensic G allows you to stream live from the Potensic T18 via your smartphone and record it as well. You can also access some features such as Waypoint and tweak flight settings. 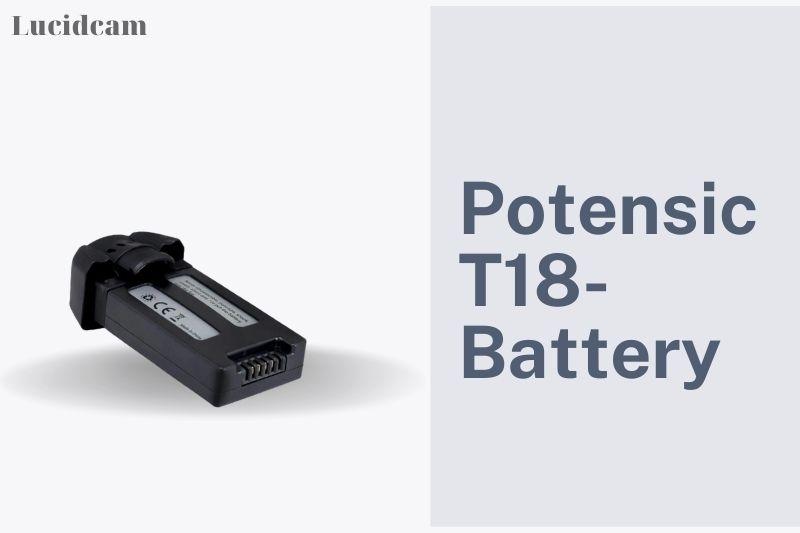 The Potensic T18’s LiPo battery is 1000 mAh and provides approximately 10 minutes of flight time. However, this can be reduced depending on wind speed and conditions.

This quadcopter is priced at a reasonable price.

The rechargeable battery has an advanced design that provides a great flying experience. The battery can be recharged in less than 90 minutes. There are LEDs that indicate how much power is left. The T18 is a reflection of the current trend in cheaper drones like the CoFightIN 1802 Drone or X12 Drone.

Potensic T18 equid with an adjustable wide-angle camera. Although the Potensic T18 can capture 1080p footage at 30 frames per second, it is limited to footage resolutions of 1080p. It connects to your smartphone/controller combo via a Wifi signal, so expect a tiny degree of latency in some situations, especially in signal and interference-crowded areas.

The 120deg wide-angle lens provides better coverage and allows you to include a lot more background in each shot, giving you an aerial perspective. To change perspective and focus, you can tilt the camera 90 degrees to adjust it up or down.  This records good quality aerial still images and video footage.

No complaints were made about the color quality or clarity of the Potensic 18; it seems to be able to take good shots for a drone capable of 1080p. Although we’re not going to complain about the beginner drone market, we don’t think other brands can do better for the same price. 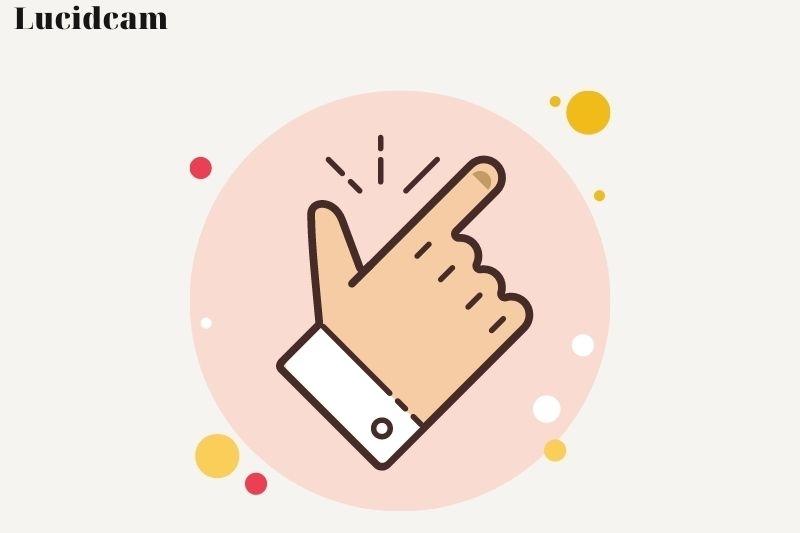 It is easy to use the gaming controller design on the Potensic T18’s remote. This allows it to be held comfortably for longer periods of time, even though the Potensic T18 has a short flight time.

The joysticks can be found in the same location as the gaming controllers. There are three main function buttons on the bottom (GPS lock/Power, One Key Takeoff/Landing), and the joysticks can also be found there.

The camera’s tilt mode can also be controlled using the top left-bottom right buttons. Video/photo capture and Follow Me modes can be activated with the top right-bottom buttons.

You can fly the Potensic 18 over a distance of 300 meters with the controller. This gives you a lot of range to experiment and practice on. The top of the controller has a mount for your phone so that you can use your smartphone to view FPV screens. 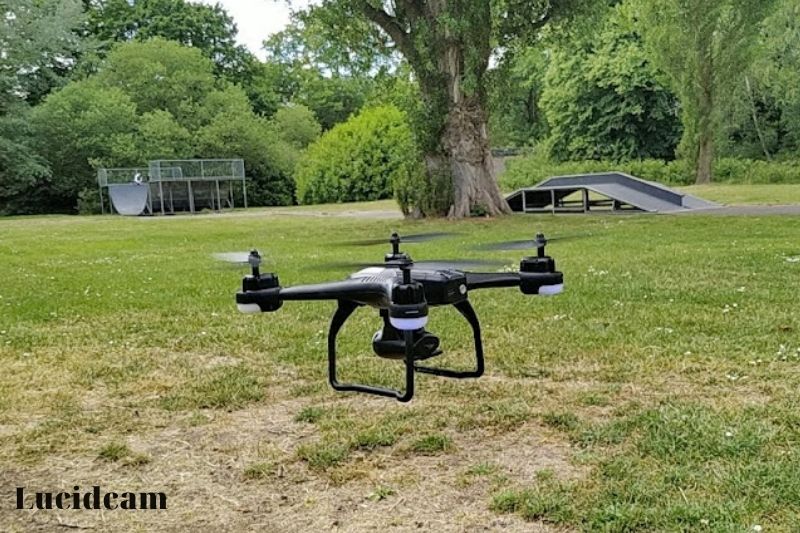 The next part of my Potensic T18 drone review will show you how this drone performs. After conducting extensive research and reading customer reviews, the Potensic 18 drone proved to be a reliable drone. This quadcopter is just over 2 pounds, as I have already mentioned. The quadcopter is strong enough to withstand wind, making it an ideal outdoor drone for aerial photography.

It uses brushless motors which don’t cause too much friction because it is a high-performing drone. Brushless motors are more efficient and reduce the power required to run. It is also less likely to fail than brushed motors. Brushless motors can save you money and time in the long term.

The Potensic T18 quadcopter is very capable in a variety of intelligent flight modes. The controls are extremely responsive and stable, making it a great choice for anyone who is just starting to fly a drone. It pinpoints satellites using the GPS and GLONASS systems. This helps to ensure a stable and steady hovering position.

The Potensic T18’s nine-axis Gyroscope is one of its most important performance enhancements. You will be amazed at the stability of the Potensic T18 GPS drone when compared to other 6-axis drones like DROCON Ninja FPV(See Price) or Potensic Mini A20(See Price). The 9-axis gyroscope makes it easier to accurately measure and adjust the air pressure. The barometer makes it easy for both beginners and more experienced remote pilots to adjust the drone quickly.

Overall, the Potensic 18 drone was a decently performing, intelligent drone that I found to be a good choice for beginners.

Potensic T18’s remote control feels like it was made from a gaming console. It comes with a handy holder that can be used to hold your smartphone, just like most drone transmitters. The controller is powered by a rechargeable lipo battery and can be charged via a USB port. The buttons are engraved with icons that indicate which function they perform. The middle section has labels that will illuminate to indicate the mode being activated.

Here are the full Potensic T18 review, if you are interested in knowing more about other Potensic drones, check out:

It’s a great deal. It is a light drone and portable, but it doesn’t compromise on quality. This is the ideal companion for any adventure, whether it’s a hiking, biking, camping, backpacking, or other sports activities. You will need an additional battery pack to charge the device after every use. Make sure you check this item. You can search at Amazon to know the price and availability information displayed. One alternative to the Potensic T18 is the Holy Stone HS100 FPV with a lot of automatic flight features along with a first-person view (FPV)

You can visit our Website Lucidcam.com to know more information. We are really happy if you support our site. Thank you for supporting us

You can also search Popular drones such as Mavic Air and DJI Phantom 4 Pro to learn more: