The Parrot AR Drone 2.0 Elite Edition is a drone that allows you to see the world from a new perspective. This drone is made of durable material and can fly up to 30 minutes on one charge! It has an HD camera and provides live streaming video, whether it be for work or play!

Read on this Parrot AR Drone 2.0 Elite Edition Review, Lucidcam will cover all of the characteristics of the drone for you. 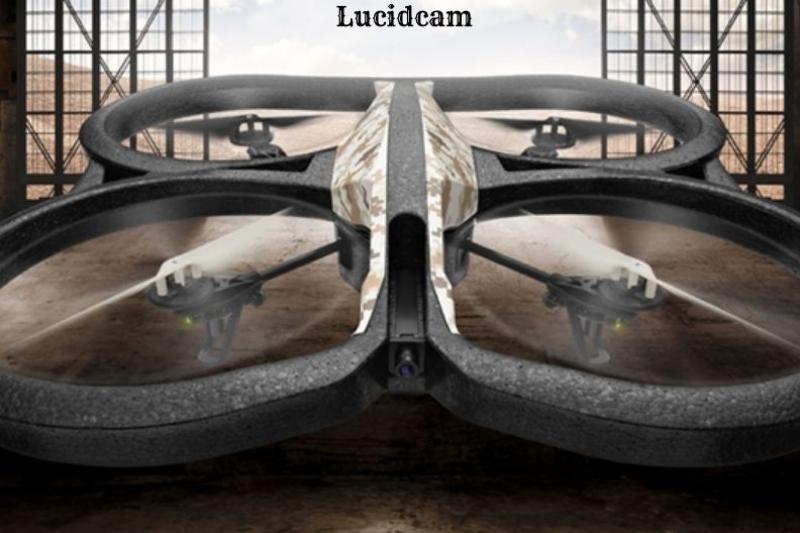 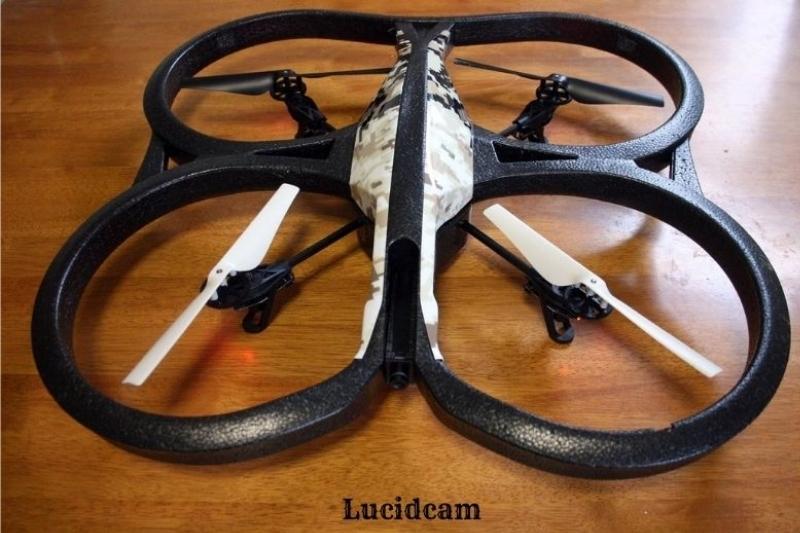 The Parrot Elite 2.0 is a great drone for beginners as it has some really cool features that make it easier to fly this drone.

This drone retails for around $300, which is a great starting point to see if you enjoy the drone hobby without having to spend $1200 for a more expensive model when you’re not certain you might enjoy it. Start with the Parrot ar.drone Elite Edition, and we’re sure that you’ll be on your way to collecting more quadcopters for your collection.

In the box, you’ll find your flying drone with two cameras, one a higher resolution, the second to take video from below at a lower resolution. It has a 1GHz 32-bit ARM Cortex A8 processor, 1GB of RAM, GPS, and Wi-Fi connectivity. The Parrot AR Elite Edition has built-in technology that allows it to fly, including gyroscopes, pressure sensors, accelerometer, and ultrasound sensors.

You connect your smart device to the Parrot ar.drone 2.0 Elite Edition built-in Wi-Fi to control it from the ground. There is a rechargeable 1,000mAh battery, taking only 30 minutes to charge up. There are two body shells included. One has foam pads for the blades so that you don’t damage the furniture or harm people, and the outdoor shell has uncovered blades to maximize outdoor flying.

First and foremost, the power Edition of this quadcopter has been redesigned to look more stealthy and futuristic. The only contradicting color comes from the colored rotors furnished in red, blue, orange, and yes, of course, black.

Hence if you are a fan of the dark side, the all-black Parrot AR.drone is for you. The elite 2.0 comes in three camouflage styles: Sand, jungle, and snow. I love the color scheme of the power edition, and it’s very pleasing to the eyes.

This Parrot quadcopter is made to ensure. First, the build and quality of this drone are in a high tier compared to other beginner lever drones. The frame is made of carbon and nylon material, and it comes with brushless motors, which are assuredly more reliable and durable than the cheaper brushed motors in the market. The drone comes with 2 Styrofoam bodies, one for indoors and one for outdoors. They are easily slipped on around the frame of the drone for better protection.

I can’t continue with this Parrot AR.Drone 2.0 Elite Quadcopter reviews without talking about this drone’s best feature, the fantastic HD 720P camera. If you are looking to take decent-quality aerial film footage but do not want to pay the price of a DJI phantom model, look no further than this quadcopter. The onboard 720p HD camera has a 93-degree field of view, records video at 30 FPS, and directly sends the footage to a connected HD device.

If you are looking to take decent-quality aerial film footage but do not want to pay the price of a DJI phantom model, look no further than this quadcopter. The onboard 720p HD camera has a 93-degree field of view, records video at 30 FPS, and directly sends the footage to a connected HD device.

You also have two options to record aerial footage, one is to stick a USB drive in the device, or you can buy parrots own flight recorder, which comes with GPS, but it is rather expensive.

The AR.Drone 2.0 Elite can stream video to a device at HD quality and capture the entire flight sequence. The camera creates its own Wi-Fi network and sends video and images to the device. IGN also writes that the camera provides “a wide view, without fisheye distortion”, IGN states.

Also, the drone can record to a flash disk, which expands video capabilities beyond streaming. IGN especially likes the ability “to review videos immediately”, without needing to return to a computer screen to view footage.

It also serves as a “heads-up” display for pilots, sharing important drone data. Apple Insider notes that flight information such as battery life and video recording status is overlayed on top of the live feed. 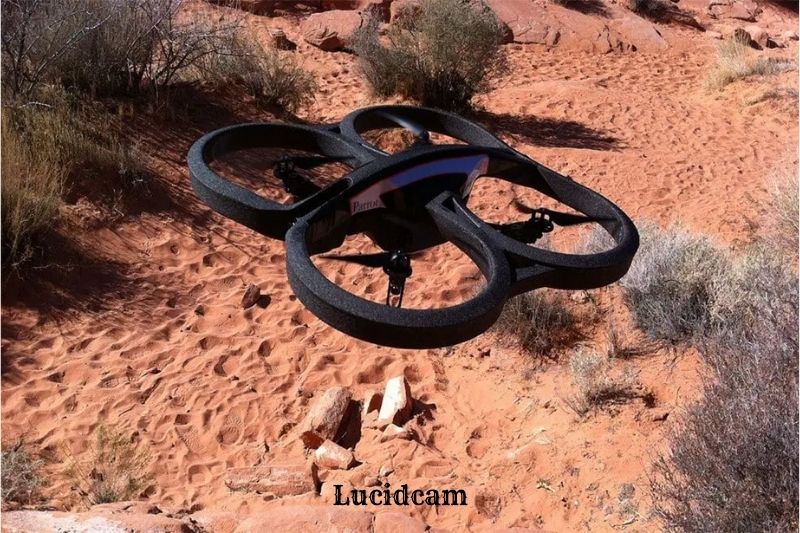 If you’re searching for a drone with a fancy controller, look for a different model because the Parrot AR Drone Elite Edition doesn’t come with one. the AR. Drone 2.0 is controlled entirely with a mobile app, available for iOS devices (iPhone and iPad), and Android devices, including tablets, smartphones, and the NVIDIA Shield controller.  First, you’ll need to download the correct app, named FreeFlight, for the Parrot AR. Drone 2.0 Elite. Once you’ve set it up at home, you’re ready to take your Parrot AR. Drone 2.0 Elite out for a flight.

The quadcopter comes with a 1000mAH rechargeable lithium polymer battery that offers about 12 minutes of flight time. This isn’t nearly enough time to enjoy flying a drone; I always suggest buying extra batteries for any drone you purchase. Although if you want a more extended time flying this drone on a single charge, you can either buy the power edition or purchase a longer-lasting battery. 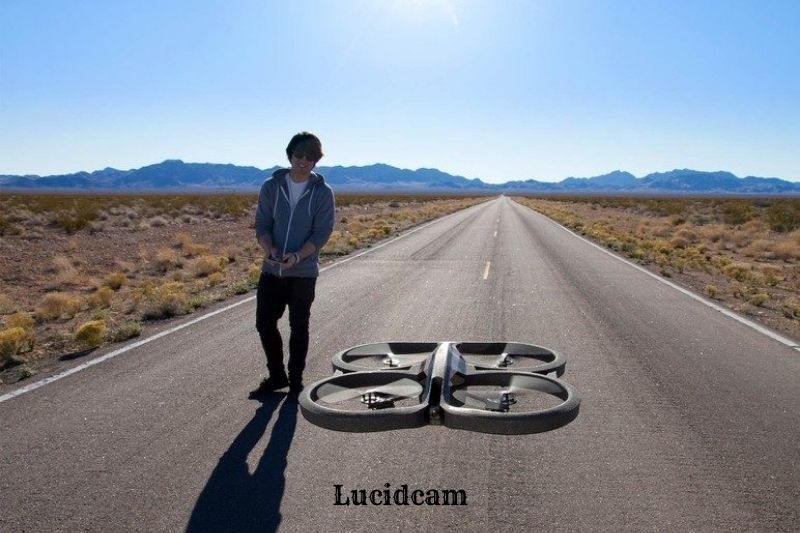 Be sure to allow for plenty of flying room, as your drone is two feet wide. Unless you have plenty of indoor space, it’s best to start outdoors. Start with your backyard before heading to the park. Be sure to keep valuables out of reach, such as vehicles or patio furniture.

The Parrot AR. Drone 2.0 Elite runs with the FreeFlight app and is simple. To get started, you hit the “takeoff” button. There are two screens, which show each of the camera’s viewpoints. There’s also the controller screen, where you control how your Parrot AR. Drone 2.0 Elite flies. There’s a handy recording button, so you can choose to record a video at any time during play.

It is easy to see that the Parrot AR. Drone 2.0 Elite Edition is a fun gadget for anyone who wants to learn how to fly a hobby drone. Although it might not be the most advanced or refined product on the marketplace, it is reliable enough to fly a hobby drone using a tablet. Whether you are looking for your first drone or an upgrade from your current model, this article should give you all the information you need to make a well-informed decision about whether this particular drone is suitable for you and what features will work best for your needs. We hope we have helped!