Oregon drone laws are a hot topic right now. With the growing use of drones for recreational and commercial purposes, there is much confusion as to what you can do with your drone in Oregon.

In this blog post, LucidCam will provide an overview of the law and answer some questions about how it might affect you. This article is not meant to serve as legal advice or be exhaustive on all aspects of drone laws in Oregon;

An unmanned aircraft system (UAS) is an unmanned flying machine commonly called a drone and all its associated elements. This includes communication links and components that control the machine. 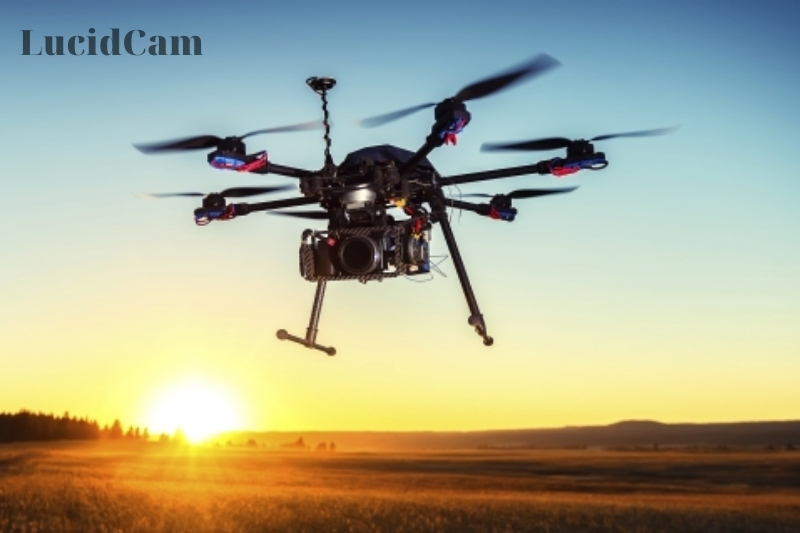 Oregon law enforcement can only use drones in one or more of these circumstances: They obtain a written warrant specifying the drone’s use period, which cannot exceed 30 days, they believe there are exigent circumstances exist in the commission of a crime that makes it unreasonable to wait for the warrant, and they have given written consent.

The individual searching for the property should state that they are only using the drone to train or to perform search and rescue operations in an emergency.

(a) A warrant authorizing the use of UAS is issued; or

(b) A law enforcement agency has probable cause of believing that a person has been convicted, is committing, or is about to be convicted and that there are exigent circumstances that would make it impossible for them to obtain a warrant authorizing the use of UAS.

An unmanned aircraft system may be operated by a law enforcement agency for search and rescue activities, assistance in an emergency situation, or during a state emergency declared by the Governor.

An unmanned aircraft system may be used by law enforcement agencies for training purposes.

(a) Name of the public entity that controls or operates UAS.

(b) Contact information and names of individuals involved in operating the unmanned aircraft system.

(c) Identifying information for UAS as required by department rule.

2. An annual report must be submitted by any public body that registers UAS in accordance with this section to the Oregon Department of Aviation.

(a) Summarizes frequency of unmanned aircraft system use by public bodies during the preceding calendar years;

(b) A summary of the purposes for the unmanned aircraft systems that were used by the public in the preceding calendar year.

(c) Indicates how the public can access policies and procedures established under section 7 of the 2016 Act.

3. The State Aviation Board can adopt any rules that are compatible with federal laws or regulations for the registration of unmanned aircraft systems.

Any action that is necessary for a public body to be able to exercise all duties, functions, and powers granted to it by section 7 and amendments to section 837.360 may be taken before subsection (1).

Unmanned aircraft systems that are capable of firing bullets or projectiles, or any other operation or recklessly operate or cause to operate an unmanned plane system in such a way that it functions as a dangerous weapon under ORS 161.015 cannot be operated or caused to be operated by a person.

Violations can be classified as a class B, C, or D felony depending on whether they resulted from the drone inflicting physical injury to another person.

The rule does not apply if

837.374 Unsanctioned Interference with an aircraft

a. Direct a laser at an aircraft while the aircraft is in the air;

b. Crash into an airplane while it is still in flight; or

c. To prevent an aircraft from taking off or landing

2. A Class A Misdemeanor is committed by a person who possesses or controls unmanned aircraft systems and intentionally or knowingly causes them to:

a. Direct a laser at an aircraft while the aircraft is in the air;

b. Crash into an airplane while it is still in flight; or

c. To prevent an aircraft from taking off or landing.

4. The court may, but not as a substitute for any sentence, order forfeiture of the unmanned airplane system and declare the unmanned system used in the offense contraband upon a person’s second or subsequent conviction. [2016 c.72.SS5; 2019. c.337.SS1]

The owner of the unmanned aircraft system is liable for $5,000 in damages, in addition to all other remedies allowed by law. In action under this section, the court will award reasonable attorney fees to the prevailing plaintiff.

Oregon law prohibits anyone from flying drones over property more than once. However, the drone must be flown at least once over the property, and the property owner has notified the drone operator that they do not wish the drone to fly over their property. However,

The property owner does not have a cause of action if the drone takes off or lands or is in the flight path or control of an airport runway. If the property owner files a cause-of-action and prevails, they can recover treble damages as well as attorneys’ fees.

2.  A Class C felony is committed by anyone who intentionally interferes with or gains unauthorized control over an unmanned aircraft system licensed under the Federal Aviation Administration or operated by the Armed Forces of the United States, as defined by ORS 352.313. This includes any agency of the United States, a federal, state, or local law enforcement agency.

“Critical infrastructure facility” means any of the following facilities, if completely enclosed by a fence or other physical barrier that is obviously designed to exclude intruders, or if marked with a sign conspicuously posted on the property that indicates that entry is forbidden:

A person commits a Class A violation if the person intentionally or knowingly:

Violations are not applicable to:

498.128 No drones allowed to pursue wildlife

The State Fish and Wildlife Commission will adopt rules that prohibit drones from being used for the following purposes:

SECTION 1. (1) A law enforcement agency may not receive any of the following property from a military equipment surplus program operated by the federal government:

(a) Unmanned aircraft systems that are armored or weaponized; 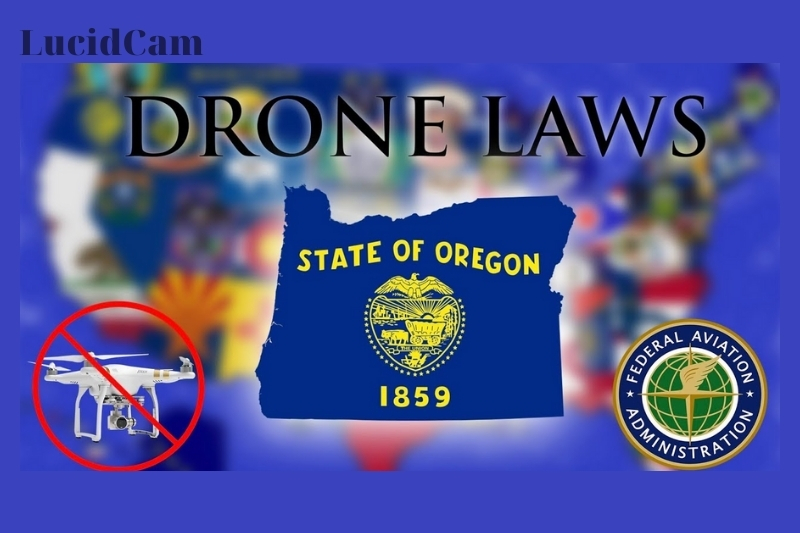 These drone laws, which apply to all states in the U.S., including Oregon, were created by the federal government.

Oregon allows hobbyists to fly drones. The FAA requires you to pass the Recreational UAS Safety Test (TRUST) in order to fly drones for pleasure or fun. The FAA also requires you to adhere to the rules for recreational model aircraft. You will need to pay $5 to register your drone if it weighs in at more than 0.55 lbs (250g). Additional rules apply to altitude and airspace, as well as keeping your drone in line of sight while you fly.

You can fly a drone in Oregon as a government employee (i.e., for a police or fire department), or you may operate under the Part 107 rule of the FAA, or you must obtain a federal Certificate of Authorization.

Please note: This page is intended to be used as an informational tool and not as a substitute for legal advice.

These drone laws applied to Oregon’s entire state and were established by the Oregon Legislative Assembly.

The Oregon Department of Transportation reports that there are four laws in Oregon regarding drone use.

This amendment amends the law against UAS weaponization and makes it a class-C felony to fire bullet or projectile from a weaponized UAS.

Prohibits the use or reckless use of UAS to harass or annoy private property owners or occupants.

This law changes the definitions of UAS and makes it an A misdemeanor for a person to operate a weaponized UAS. It also regulates drone use by public bodies. The law also prohibits UAS from being used near critical infrastructure such as correctional facilities.

This law outlines the fees required to register public UAS.

The Part 107 regulations of the FAA apply to all drone pilots who operate commercially in Oregon. This guide provides information about how the FAA certifies commercial drone pilots. 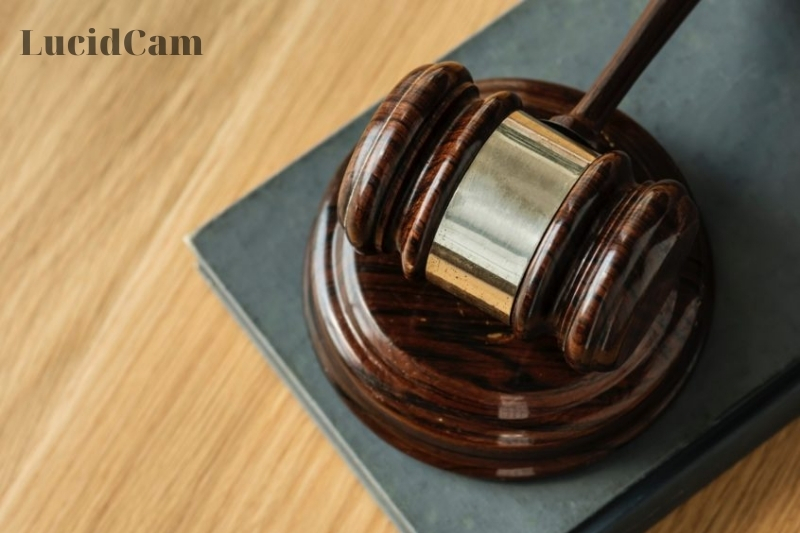 These drone laws are only applicable to certain areas, cities, or counties in Oregon. They were created by different authorities.

This ordinance prohibits the use of drones within or above any city park, except where designated by the Director.

The park ordinance prohibits drone use within the boundaries of any Oregon Metro Park. This is except for areas designated for this purpose.

Do you have to register your drone in Oregon?

Oregon law allows you to fly a drone as a hobbyist. You must register your drone with FAA. Follow the FAA’s Model Aircraft rules.

Is it possible to fly a drone along the Oregon coast?

Drone use on Oregon’s Central Coast is allowed with some restrictions. They cannot be flown in parks or beaches that are not home to wildlife.

Is drone use allowed on private property?

It is still legal to record footage from a drone while it is flying above private property. These regulations apply to commercial drone operators.

They include being registered with CASA, requiring an operator’s certification, and even registering the drone at CASA. However, these only apply to drones that weigh more than 2kg.

What happens if you fly your drone higher than 400 feet?

Near-misses between aircraft are most common above 400 feet. At high altitudes, you could lose your drone. You should keep your drone in your direct line of sight.

Can the FAA track my drone?

The Federal Aviation Administration (FAA), just before Christmas, published a proposal that included regulations that would enable them to track almost every drone in U.S. airspace at any time.

The information in this article should be enough to get you started on the path of understanding how drone laws apply to your business. If you find yourself with more questions, please don’t hesitate to contact us for further clarification or additional help! We hope that by reading the blog post conclusion, you will have found some helpful tips about Oregon drone laws and can put them into practice today.