It’s no secret that drones are taking over the world. Whether you’re looking for a toy or something to take your photography skills to the next level, there is likely something out there for everyone. LumiDrones offers a variety of drone options that will suit any need and budget. From beginner models like their Lumi gaming drone (which we’ll be reviewing today), all the way up to professional camera drones with live video feed capabilities

Today we’ll be reviewing one of their most popular and affordable models: The Lumi gaming drone! Let’s get started…

What is the WowWee Lumi? 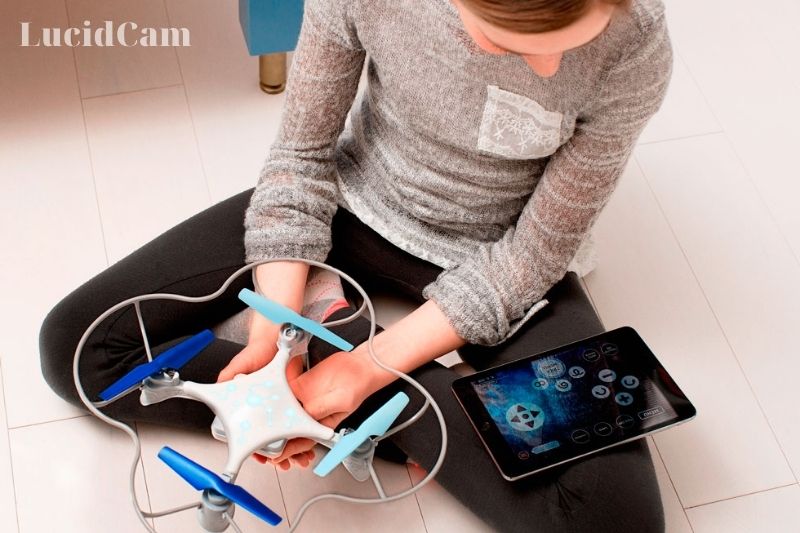 WowWee’s gaming drone is a departure from boring convention wisdom. This drone is small enough to be flown indoors near people and ideally by children. You might be wondering if this is a good idea.

It’s actually smarter than you might think. Lumi was designed by WowWee to be fun, safe, and easy to fly. It works in conjunction with a small device called the Beacon and a simple app. Lumi can be flown by children, and they can also play games, perform stunts, and create acrobatic routines without leaving home.

Safety concerns are a common concern for parents. However, a few minutes with the drone can help to alleviate most of these fears. 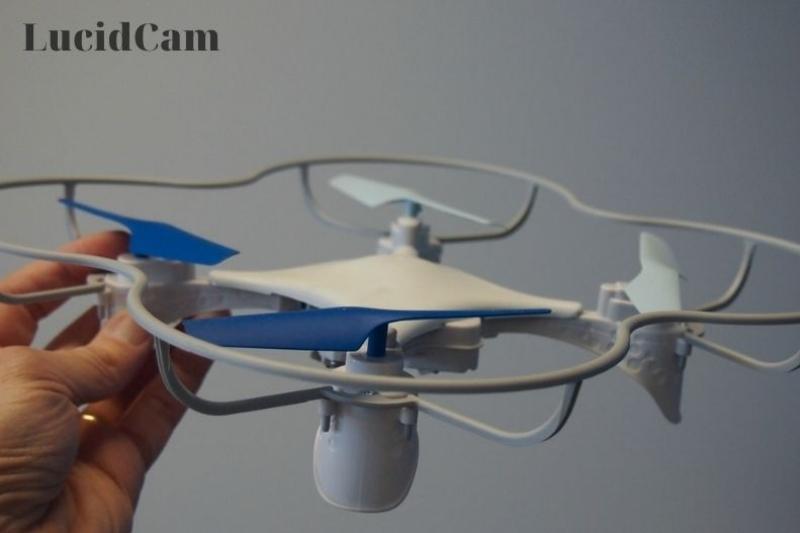 The drone is very lightweight and slim at just 28cm along each side. It also weighs in at a mere 132g. Although the rotors are extremely fast and make a frightening noise, the sides and bottom of the drone are protected by a flexible cage that seems to help Lumi bounce off any obstacles.

With a little effort, it would be possible to insert a finger from above. This didn’t cause much damage in our tests with baby sweetcorn. Although there may be some tears, there isn’t a sudden flurry of casualties.

Lumi is a standalone app that does not do anything. To even take off, you will need to download the Lumi App. It connects to the low-power Bluetooth network and searches for the drone. The main menu opens quickly and links the phone and drone. There are options for Free Flight and Lumi on Beat.

The WowWee Lumi Gaming Drone is available in Blue or White. Create an air show with choreographed moves and high-flying stunts. With the help of the downloadable app, you can transform your Android or Apple smartphone or tablet to remote control. You can play games, create air shows to your favorite music, or simply fly Lumi around. Lumi’s obstacle avoidance sensors protect it from accidental collisions with people and household objects. Lumi’s easy-flight technology, autopilot mode, and fun and games focus on having fun with the drone rather than just keeping it airborne for versatile, fun playtime.

Lumi comes with a downloadable application that turns any compatible Apple or Android tablet or smartphone into a remote controller. Easy-flight technology allows you to play fun games while the drone is stable in midair. Lumi can be suspended in midair by the Beacon, which allows you to choose tricks. Lumi can be attached to your phone or held in your hands. Lumi can perform aerial maneuvers such as flips or landings with just a touch of a button while also avoiding other household objects. Lumi-to-the-Beat allows you to compete against your friends. Tap the correct color to keep Lumi up in the air. Lumi will lose altitude if you miss. 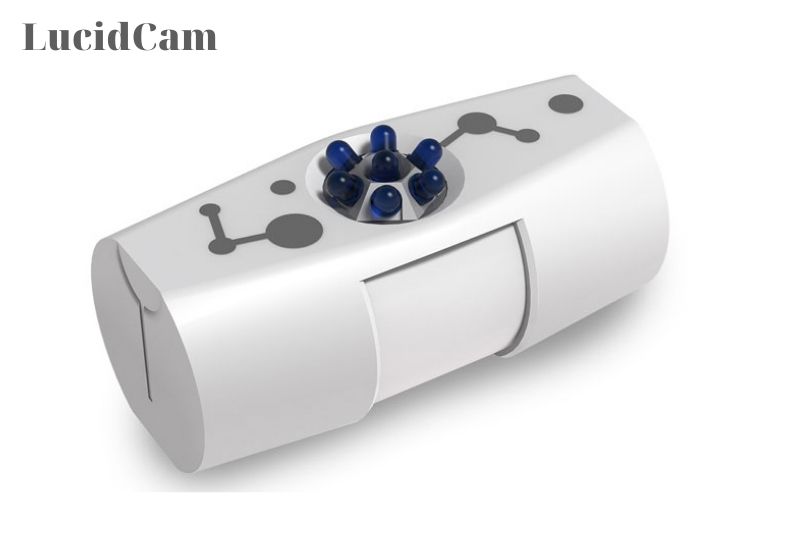 The battery can only last for 20-30 minutes. It takes about an hour to fully recharge.

Turn around after you are done with LUMITM. Never leave the LUMITM LUMITM battery unattended. The battery should never be left unattended for too long.

Installing The Lumine And Adjusting Batteries

The Important point of battery 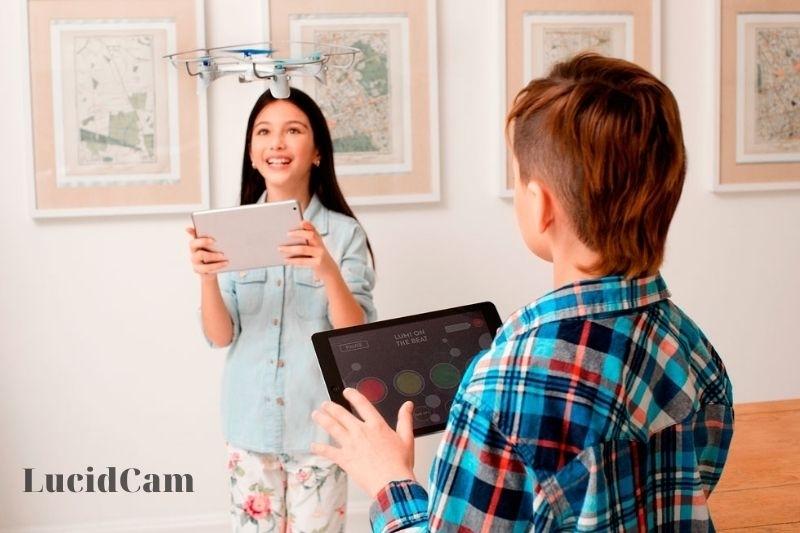 Lumi, a quadcopter with self-stabilizing capabilities, was shown for the first time at CES 2016. It uses multiple sensors to detect obstacles and prevent them from entering the house. It lasts only 6-8 minutes, depending on how he uses it. Also, it takes 30-40 minutes to recharge. You can buy additional batteries that you can easily replace to keep the games going.

Furthermore, Lumi does not have a camera that can record you driving or fighting against your opponents. It’s strange. WowWee’s reasoning is that Lumi is only intended to be used for games, not for video or photography. It does not include a camera. We don’t recommend mounting the drone yourself as it isn’t designed to support the camera’s weight.

WowWee, a robotics company, launched a campaign for Lumi, its “gaming drone.” The drone can be used in multiple game modes and has autonomous flight capabilities. It also avoids obstacles. As they see great potential in drone gamification, the Wow Wee team has opened Lumi to developers of games.

LUMITM is a simple-to-fly drone with many games and features. LUMITM can perform tricks in flight, such as flipping upside-down at the touch of a button. LUMITM can also program sequences to your favorite tunes. LUMITM is wall-detectable and designed for endless hours of enjoyment.

Once you have downloaded Lumi, it is now time to start playing. Although the app will attempt to connect to your Wow WeeLumi Gaming Drone Toy once it is fully charged and the Beacon is switched on, it cannot do so until that time. Once connected, you have many options to play. First, you have “Lumi To The Beat,” which allows users to mimic the sequence of colors Lumi uses to fly on its luminescent surface. The free flight mode is my favorite. You can fly Lumi and do tricks in this section of the app. There are two flight modes available, depending on your level of ability.

Lumi can also be captured on your smartphone in motion. The Lumi Gaming Drone is easy to fly. The Beacon must be turned on, positioned on the ground, and used to guide the drone. The app also allows you to perform a one-touch liftoff and landing. Lumi will power down instantly if you choose the one-touch landing option. This drone does not have a soft-landing feature. 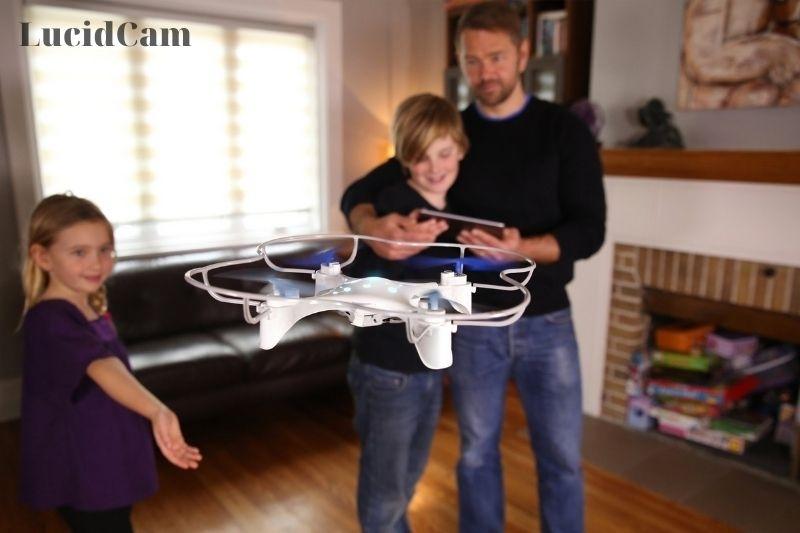 You can tap Free Flight to switch to Advanced Flight mode and then control Lumi with a virtual D-pad. Up, down, and rotate controls are all available on the touchscreen.

Lumi takes over most of the flying work, moving slower and with more stability. The Beacon is used to determine where you are. It can be switched to a mode that will follow you around the room, avoid obstacles and avoid people or decorative objects. You can also tap a button and summon up a collection of cool automated tricks that send it spiraling upwards or downwards.

This makes it possible for most kids to fly. In practice, however, it is not difficult. However, the controls can be twitchy, and Lumi is known for speeding toward you.

With a bit of patience and practice, most children can do it. As long as their nerves don’t get in the way, however, It can be set to follow the clip around to reduce sudden movements.

Lumi is more than Easy Flight. Did you notice the gaming drone part? This is really a Simon-style, follow the color game. You tap on one of the buttons to match the current color of Lumi’s LEDs.

To start the drone flying, tap each one in turn. Then watch and tap to see the highest score possible. It’s not difficult, especially when Lumi hovers nearby. Lumi’s habitual speeding towards you could cause your focus to be lost.

It’s not a great game as a whole, but it’s still fun. You can also program Lumi with dance moves by selecting Lumi’s preset song or one from the device’s music collection (it must be one that you have downloaded for the stock player, so no news for Spotify or Amazon Music fans).

You can then sequence moves, tricks, and light colors to the beat to make your own drone performance. Although the results may not always be predictable, the interface is simple and makes it easy to create a sequence.

Do I need to buy the WowWee Lumi?

Lumi is an indoor drone that kids can fly. It’s safe and easy to handle. It can be temperamental, and it is prone to abrupt changes in direction or speed.

Lumi’s inability to entertain children for more than a few days is perhaps the most frustrating aspect. Lumi needs more activities and games to live up to its gaming drone billing.

Lucidcam hopes you found this Lumi Gaming Drone review helpful in deciding if the drone is for you. If it suits your needs, we highly recommend purchasing one to enjoy a new and exciting way of creating content with drones. This article has been edited by our team so that it can be as concise and informative as possible while still providing all necessary information about the product. Thank you for reading!