Skip to content
A gimbal tripod head is a central piece of equipment for filmmakers, photographers, and other media professionals. It makes for easy adjustments, stability, and quick pans. You should use one if you are sick of using heavy tripods or uncomfortable with the limited angles of monopods. Numerous benefits come with investing in a professional gimbal tripod head.

In this blog, we will explain How to use a Gimbal Tripod Head.

WayTo Use A Gimbal Tripod Head

What is a Tripod Head? 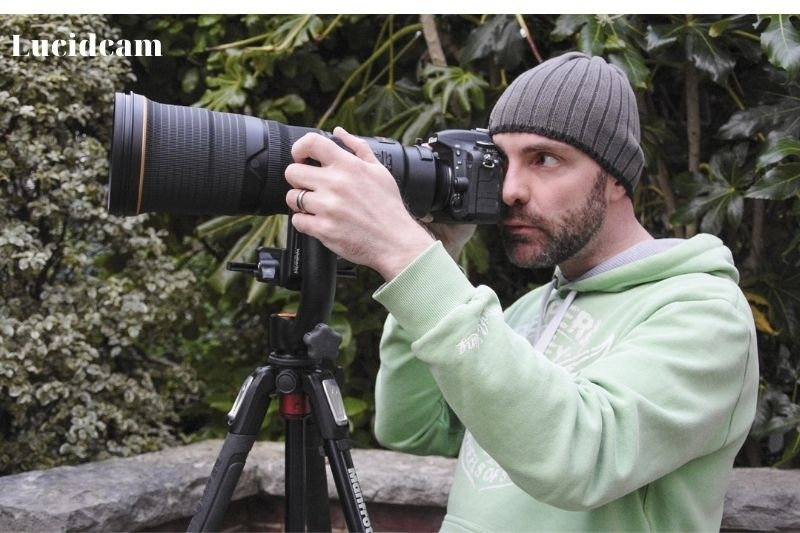 Many people don’t know that your tripod cannot be used to attach your camera to the tripod. This is because you can’t move your camera while still taking steady shots. Although you can slide your camera onto the tripod, this will not allow you to move the camera around. To create panoramic shots that look more real, slow down and scan the landscape.

A tripod head is a great tool for this purpose. The attachment is small enough to be attached to your tripod’s three legs and can then be moved around the scene at a steady pace. It also stabilizes the camera and prevents excess movement. The shooting tripod head will stabilize your entire shot while you zoom in and out or move the camera around.

Use a Gimbal Tripod Head for Large Lenses

A super-telephoto lens will be bulky and heavy. They can be more than 300mm in length and weigh up to ten pounds. This type of lens is very difficult to handle without a tripod. You can’t just use any tripod. If you’re shooting stationary subjects, a standard ball head will work, but you need motion if you want to track wildlife, particularly birds that fly through the sky.

You can mount large telephoto lenses with the gimbal head, so you don’t notice their weight. You can move the lens to track any subject using your fingers. It distributes the camera’s weight evenly, so you don’t get distracted while trying to capture the perfect shot.

How To Mount The Gimbal Tripod Head 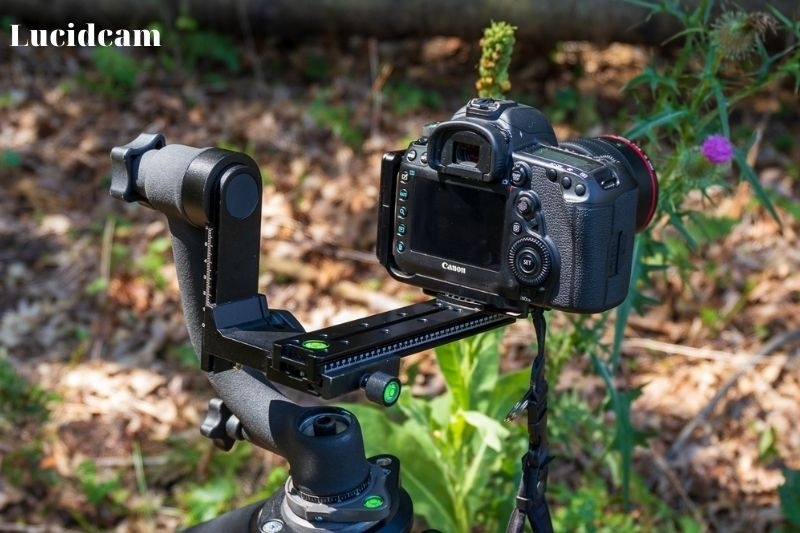 Before mounting your gimbal tripod, make sure you know how it fits onto your lens. The tripod-head will come with a sturdy mounting that can be used with your tripod, as well as a swinging arm that attaches to your telephoto lens. A mounting plate is also required for your lens.

Because the lens weighs more than the camera, you need to mount it at the foot of your lens. It is best to mount the plate to both of the mounting sockets on your lens. Mount the gimbal on your tripod. This is important before attaching your lens.

After you have released the control knobs, make sure your camera and lens are levels. You can adjust their position by loosening the third knob, moving the lens forward or backward until it is in the right place. Once it is properly installed, the lens will sit level on the tripod.

After you have mounted the lens and camera, align them so that the center of gravity is at the center. Next, use your fingers to turn the camera around. It will move with your finger and will remain where you put it. You can use the lens to track a bird as it flies across the sky. You can use it as long as the settings are correct.

What Is The Best Time To Use A Gimbal Tripod Head? 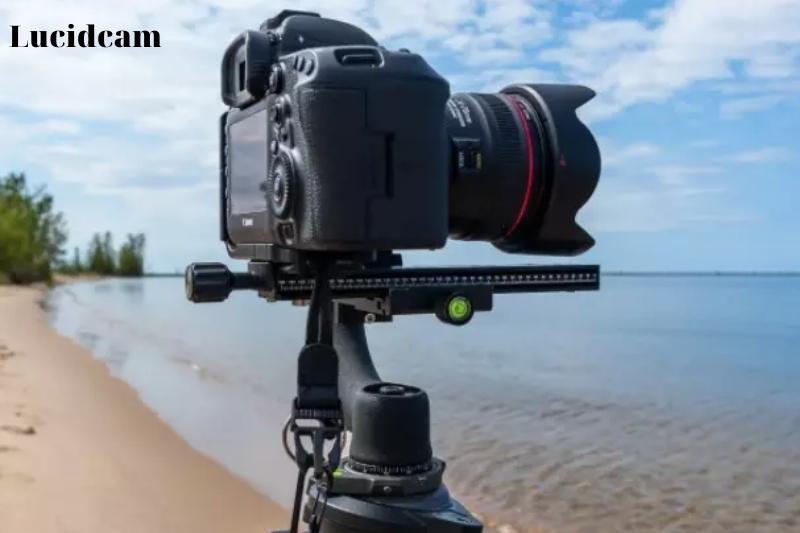 A gimbal tripod- head has the greatest advantage: it can take a bulky, heavy lens and make it feel light. You can track moving subjects at a distance with ease. It is heavy and bulky. It is not ideal for close-up photography, nor does it work well when taking landscape photos. Without a rotating tripod collar, your lens will not be able to orient itself properly.

The standard or ball head has many advantages. It can be used with any type of lens and is versatile. It is not as effective when taking photos of moving subjects. You will need to exert more control over the lens. This tripod can also wobble, making it difficult to change from portrait to landscape orientation. 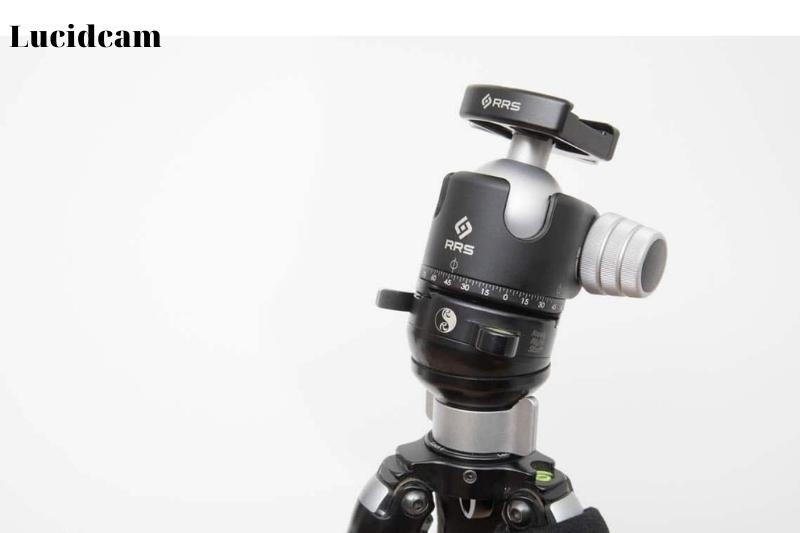 Gimbals don’t have a way to level the head. This means that you will need to adjust your tripod legs in order to level it. A Manfrotto 438 Compact leveling head works well for me. It offers a 10- to 15-degree adjustment range. Although the Manfrotto leveling heads are slightly heavier than others, they are built tough and can withstand 33 lbs.

I can shoot panoramic sequences using my long lens with the leveling head, tripod, and longer foot combination. The sweep is always level with the horizon, which is a crucial requirement to create a great panoramic image.

Use with a Non-Footed Lens

The first problem when using a non-footed lens and a tripod-head with a gimbal tripod is that the Arca Swiss mount is designed in front-to-back for large-footed lenses. You will need to attach a tripod plate to the camera to allow you to use this mount with a non-footed lens. A side-mount gimbal is another option.

It turned out that I had a nodal rail that I used to create panoramic photos using my ball-head. I also found that it works well as an adapter for L-bracket. The nodal rail works with the ball-head for panoramic photos as well as on the gimbal. There are many lengths available, including a 200mm version.

You can flip the nodal rail to extend your camera in front. This is something I do when I’m taking macro shots out in the field, or even more rarely, shooting straight down. Although it’s not as practical as a tripod with center columns (which I loathe), it can often get the job done without needing to bring another tripod.

Although using the nodal rail in this extended manner places the weight forward and limits downward tilt, I tend to shoot with my tripod legs spread wide enough that tipping over is not something I worry about.

Although this is not something that everyone can do, it could be a useful tool for some. Two 200mm nodal rails have twelve 1/4″-20 threaded holes. The clamp-on each nodal rail is the same as the rail, so you can attach them both. This clamp has been useful for mounting various cameras, such as my Canon M100 or other action cameras.

My phone can be mounted next to my camera for bird photography. This makes it simple to make calls and take videos from the phone. One camera can be pointed in my direction and the other in the opposite direction.

You could use this configuration with a ball head. However, the extra bulk and weight of the ball-head would make it more difficult to use, especially if you need to switch between portrait and landscape orientations.

A super arm has been used to hold plants in a slight breeze. You could also use this to hold lights, flashes, and reflectors.

Is a Gimbal Head the same as a Gimbal Stabilizer or Head?

Why Use a Tripod Head? 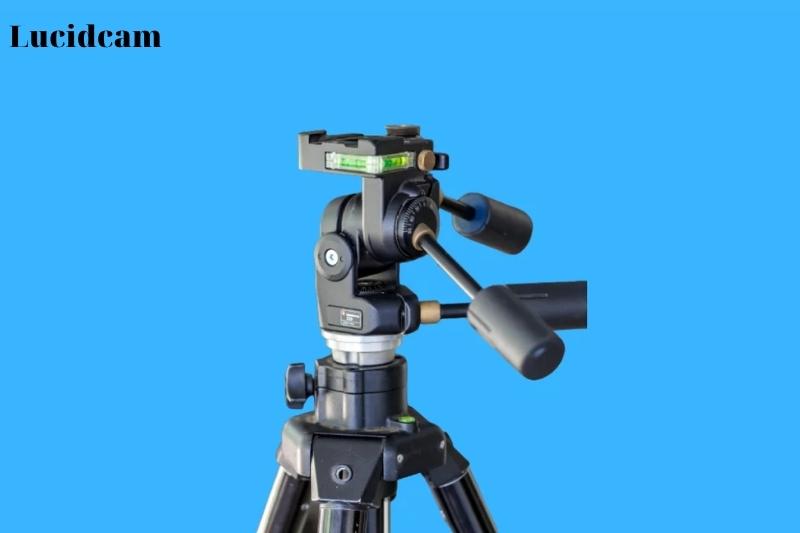 Stabilization is the most important purpose of a tripod. However, it can also be used to capture other types of photography and video effects. Tripod heads are used to show the movement and progress of subjects over time. A tripod is also required for long-exposure photography. This technique is often used to photograph waterfalls and the night sky. It allows the photographer to adjust the settings to achieve the best final product.

For more information you can search:

What is the function of a tripod gimbal?

The gimbal is a tripod head that allows fluid movement to allow you to track your wildlife subjects. The control knob allows you to pan up and down, while another allows you to pan left and right. A third knob controls the tension of your motion.

Is it possible to mount a gimbal to a tripod?

You might find it easier to search for “tripod gimbal” because video gimbals were not made to be used on a tripod. Photography gimbals, however, are specifically designed to use on tripods. … It is designed to be placed on a tripod, and then you can balance your camera.

How can you balance a tripod head gimbal?

A gimbal tripod head is a great tool for action photography if you have a super-telephoto lens. It is crucial to properly set up the camera and lens so they can move with just a touch of a finger. A gimbal head allows you to quickly and smoothly pan the camera without the use of your hands.

If you use a tripod for this type of photography, we recommend that you purchase a ball head. Ballheads allow you to adjust the tension on the ball. It is important that your tripod and ball head combination be extremely stable and non-flexing.