Looking for a smaller, cheaper, and more lightweight GoPro camera? The Hero Session could be the perfect option for you. This camera is great for capturing footage of your adventures, whether you’re skiing, snowboarding, mountain biking, or just out on a hike. Read on for our full review. 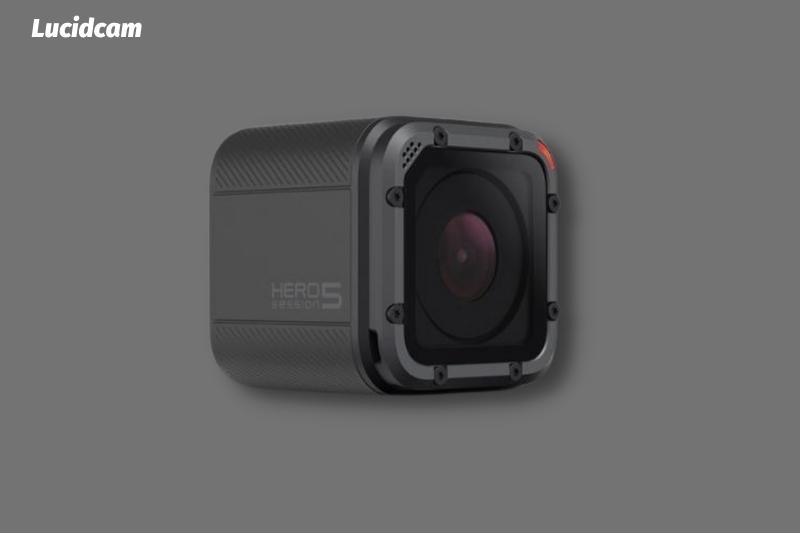 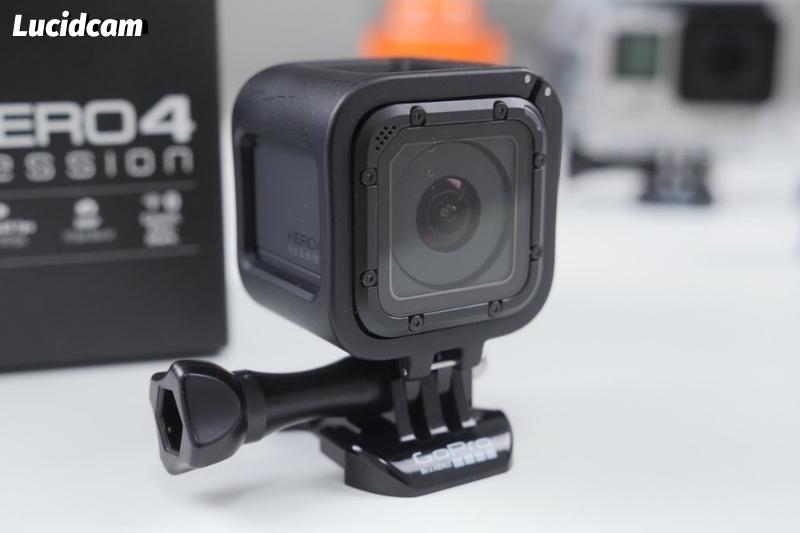 The Session ($144.99 on Amazon) has a unique GoPro flavor despite its new form factor. It is still small by modern standards, measuring 1.5 inches in diameter and weighing 2.6 ounces. The lens looks almost like it was taken straight from the Hero4.

Although the Session is small and pocketable, it still leaves a noticeable bulge. The top has a multi-function shutter button, while the back contains a power/pairing button. The controls are pretty much all on the body. However, there is a monochrome LCD that shows shooting mode, battery life, and a few menu options. The micro USB port and microSD card slots are accessible through a small opening on the side. Although Session can accept cards up to 64GB in size, no card is included.

The Session is waterproof, unlike any other GoPro. This gives you added security and convenience, as well as the assurance that your microphones will not be damaged by water when shooting in wet conditions. Session is waterproof up to 33 feet, while the Hero4 Silver with waterproof housing can go up to 131 feet.

The unique design of the Session allows for a new mounting system that features a quick-release latch. The camera’s cubic dimensions make it more flexible in terms of mounting position. You can unlatch the mount, turn Session 180° to capture a new perspective.

The camera uses GoPro’s unique mounting hinge instead of the more common threaded tripod mount. GoPro offers a variety of accessories, including a swivel mount that can be used forward or backward. A new ball joint mount is available for precise adjustments in all directions.

Although it is very easy to set up and use Session, you will need a mobile device in order to make the most of it. Simply download the iOS or Android app and then press the pairing button at the back of your camera to pair. After pairing, you will be able to view the live feed and adjust video and photo settings. You can’t see a live feed from the Session once it is recorded. This is not a problem as my test subjects were captured by the wide-angle lens without any problems.

There are many shooting modes available for the Session, from 1440p at 30fps up to 480p @ 120fps. For slow-motion shots, I used 1080p60 and 720p100. The Session doesn’t support 4K shooting. You will need the Hero4 Silver and Black editions to shoot Ultra HD. The 8-megapixel resolution of still images allows for multiple shots, time-lapse, and burst modes.

The Session was a small device that performed well in my tests. The video looked great in bright outdoor lighting, with vivid colors and crisp details. Also, the exposure was perfect. Although the footage was well-balanced and lifelike, there were some flaws when viewed on larger monitors.

It has more visible compression artifacts than the Hero4 Silver. These can cause shots to lose finer detail in smaller areas. These problems are more apparent in low-light or indoor environments when distracting noises can overtake shots. This is true for all action cameras, but it shouldn’t be the deciding factor.

This product  does not have an image stabilization system, just like the Hero4 Silver. The jittery quality can be seen in the test footage. Although I didn’t take care to keep the camera steady, a stabilization system such as the one Sony uses in the POV Action Camera ($130.95 Amazon) would help to eliminate the jittery look.

The new dual-microphone design, native waterproofing, and improved audio quality make the Session superior to even the Hero4 Silver. This product  is able to record clear audio even under wet conditions, unlike other GoPros. Older models cannot capture such strong tracks in waterproof housings. Although it does reduce wind noise, the dual-mic design doesn’t completely eliminate it.

GoPro has also introduced QuickCapture mode, which sets the Session apart from its peers. It is essentially always on and ready to go. The Session will automatically turn on when it is on standby and begin recording video within 3-5 seconds of you pressing the Shutter button.

The Shutter button can be held down to activate a time-lapse or still image mode. It worked every time, even after I left the Session unattended overnight and used it the next day. This makes it much easier to capture candid, unexpected moments. It also makes it much more enjoyable to use in everyday situations. It reminds me of the HTC Re with the better video quality.

The battery life is stated to last for two hours. I found this to be a good estimate. After capturing random 30-second clips for an afternoon, the Session was able to last without issue. The battery also appears to be very strong.

Modes And Resolutions For shooting

Although it won’t shoot 4K like the Hero4 Black, it can do 2K (sorta). Here’s the complete list:

The Session supports loop recording so that you could theoretically use it as a dash camera. 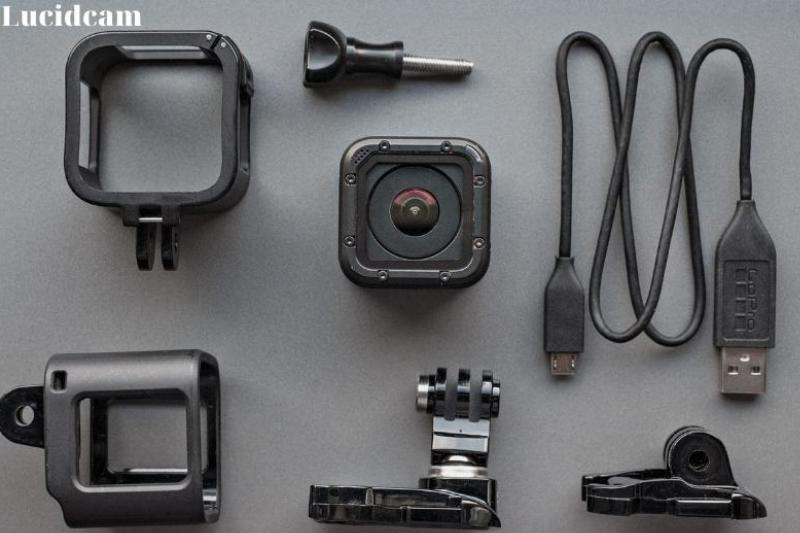 The box contains a small selection of accessories. These include the flat and curved adhesive mounts, as well as the open frame. It’s useful because it charges the Session. It is not removable, shock horror! This will make it a problem for many. This means that you cannot simply plug in a spare fully charged battery when it runs out. It takes approximately an hour to fully charge.

The camera’s micro-USB port is behind a spring door, so it’s not waterproof while charging. MicroSD cards can be used up to 64GB. GoPro recommends using a Class 10 card or UHS-1 card.

Because the Session’s square shape allows you to place it in any orientation that you choose, this allows you to mount the camera in a wider range of orientations. The camera will also automatically rotate the video if it is upside down.

The most recent firmware update (v02.00) added a number of useful features, including additional ProTune options, such as the ability to select Flat colors as well as GoPro colors. The one problem with the Session was the inability to take single photos without the app. You can now switch between single or burst mode on the camera.

This update also speeds up the connection time to the camera via Wi-Fi. The camera turns on faster when you press the information button. Although it takes a while for the camera to turn on and begin recording, you soon get used to the delay and will press the record button when you feel there is something worth recording.