The GoPro 6 is a great camera for capturing amazing footage, but there are some things you should be aware of before purchasing it. This article will give you a review of the GoPro 6 so that you can make an informed decision about whether or not to buy it. 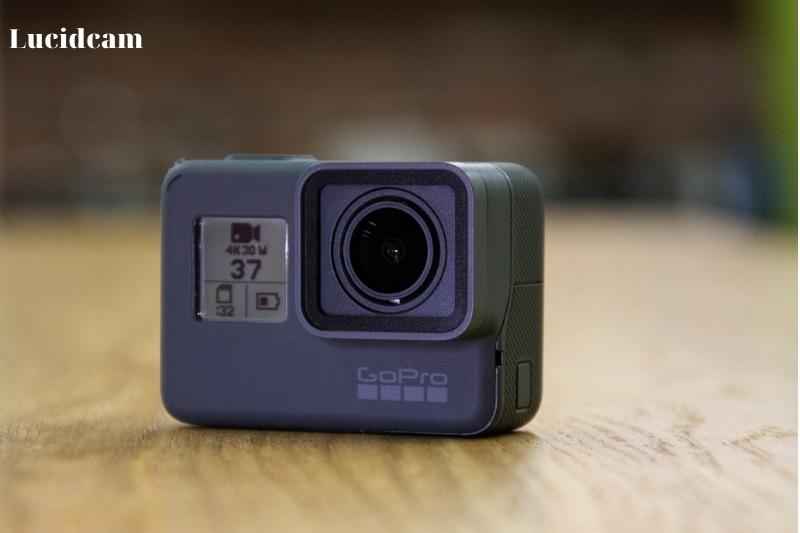 This is not all. Do you want to shoot some stunning slow-mo footage? The GoPro Hero6 Black can record 1080p Full HD footage at a staggering 240fps. Between these extremes, it is possible to capture 2.7K footage at 120fps.

GoPro has gone beyond enhancing the GoPro Hero6 Black’s frame rate over its predecessor and also tweaking the image stabilization system.

You can also capture still images. Like the Hero5 Black and Hero6 Black. the Hero6 Black can take 12MP images in single or burst modes. The Gopro  Hero6 Black now has an HDR (High Dynamic Range) mode that can capture high-contrast scenes.

This mode replaces the Wide Dynamic Range mode on Hero5 Black. Again, thanks to the GP1 processor engine, it captures more detail in the highlights and shadows. If you like to shoot in low light, Night mode is a great option. 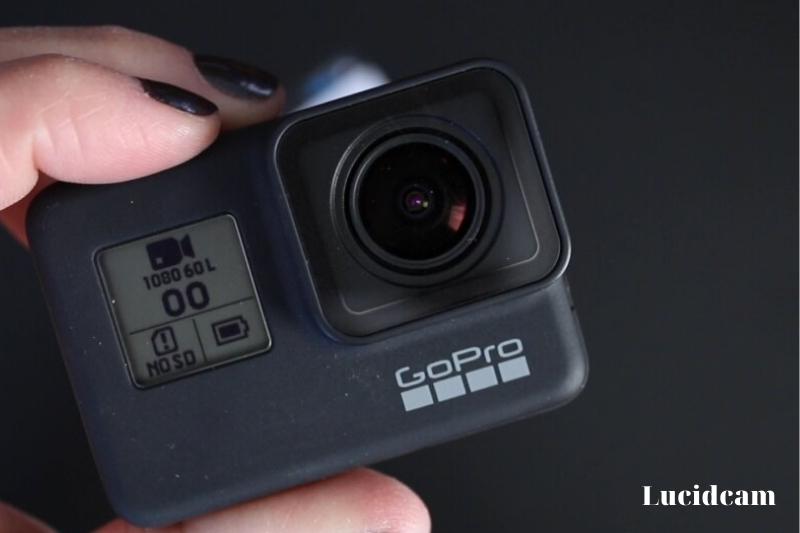 Although there was a significant design shift between the Hero4 Black and the Hero5 Black, it’s clear that the GoPro Hero6 Black isn’t any different than its predecessor. The Hero6 Black action camera looks as discreet as ever. It has a small logo on its front, which is black-on-dark gray. You can’t even see it when the frame is on.

It is compact, durable, and lightweight. The Hero5 Black’s absence of housing means that the microphone is free from any obstructions, which makes audio quality even better. The optional Super Suit housing, which can be used to protect the GoPro Hero6 Black underwater to depths of 196ft and 60m, is available.

It comes with a sturdy plastic frame that allows for all sorts of fun camera mounts, while the entire design is incredibly tight, snuggly fitting the microSD card right up against the user-swappable battery (confirmed to be the same battery as in the Hero5 Black, which is nice for cross-compatibility). We are even more impressed by this design than the Hero5 Black.

The back of the device has a 2-inch touchscreen for viewing video and photos, as well as the ability to adjust settings. It also uses what appears to be the world’s smallest touch-based user interface.

Although it might seem complicated, the interface is easy to use. You can access the GoPro Hero6 Black’s settings quickly and make any necessary changes by simply tapping and swiping. With a little more clarity, the Hero5 Black’s screen looks a lot better than this one.

The Hero6 Black offers voice control if using the touchscreen is too difficult. Although this is not enabled by default, it can be activated in the preferences menu. Simply shout “GoPro start filming” or “GoPro take a photo”, and the GoPro Hero6 Black will respond. You can use 12 voice commands to control the camera.

Voice control was available on the Hero5 Black, but the Hero6 Black now has a Wake On Voice function. After you have spoken command to the Hero6 Black, turn it off. The GoPro  Hero6 Black will then switch off. Next, use a low-power listening mode and wait for “GoPro turn off“. If the Hero6 Black is left on for more than eight hours, it will shut down completely. 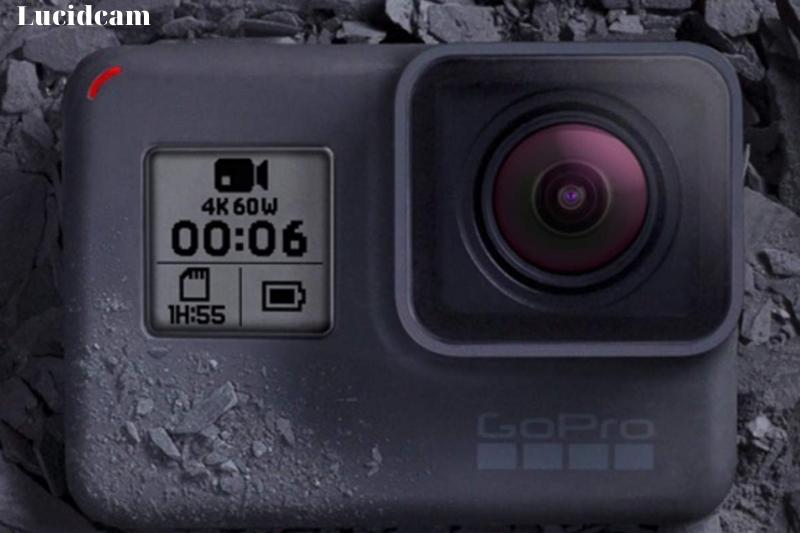 GoPro’s GP1 processor is the star of the show. The Hero 6 Black can capture much higher resolution and frame rates than last year’s model. It offers twice the performance of Hero 5 Black.

The Hero 6 Black is capable of 4K/60fps. Last year’s GoPro was able to do that. The previous limit was 1080p/120fps slow motion, but the Hero 6 Black can do 4K/60fps. If you don’t mind sacrificing resolution for slow-motion drama, there’s also 2.7Kor 120fps.

GoPro had to create its own chips in order to distinguish itself from other cameras with similar capabilities. I was able to compare the Yi 4K+ Action Cameras to GoPro’s 4K/60fps punch using the Ambarella chip from previous GoPro cameras. The GP1 is much more.

It can also be used to perform video analysis. This plugs into GoPro’s automatic content-generation QuikStories. The GP1 can analyze sensor data from the built-in GPS and accelerometer as well as the gyroscope, gyroscope, and microphones. It then uses machine learning to create compelling edits with minimal user input.

The app uses all of the captured data and algorithms to recognize faces and identify cheering crowds. This allows it to more accurately highlight the most important parts of your video clip.

Imagine doing a backflip while riding down a mountain at 100 mph. All the while, everyone is having a great time. Now imagine how your edit will look. This is clever stuff. It removes the biggest pain point of any type of footage recording – knowing what you should do with it at the end. I am guilty of recording lots of content, then not knowing how to edit it into something compelling.

The GoPro app now detects when your GoPro is recording new footage and can automatically download the footage to the camera to create a highlights reel.

The automatic footage transfer function of GoPro’s app won’t always work, no matter how slow the progress bar is. The error message will appear at the end. It seems that the problem can be solved by jumping into the gallery menu of the camera and manually selecting footage.

The 5GHz Wi-Fi connection can also be a drain on the battery. I recommend that content is transferred only when the device is plugged into the computer, not while you are out on important shoots. The Hero 6 Black can also get very hot. Bluetooth is still a low-power method for the GoPro to communicate with its paired phone and remain remotely powered.

You can still use the app to remotely control the camera and frame your shots even when it is not in reach. The experience is smoother, and there’s less lag. However, it is still annoying that the Quik app must be installed separately from the GoPro app to create content. 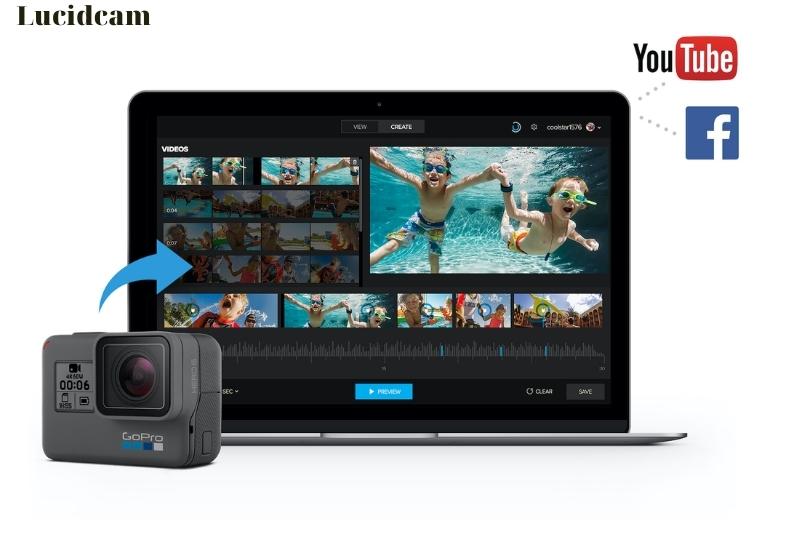 The app is not the best. Although the touchscreen and camera are very usable, it isn’t the easiest to use. After trying several different things and a lot of head-scratching, I finally got it to work with my Huawei Mate 10 Pro.

It can connect via Wi-Fi at 2.4GHz and 5GHz. You can use it to change settings, preview and record video from remote locations, take pictures, and download footage. Yes, it works, but I had issues connecting even though it was successful. For instance, the preview works in portrait mode. However, if you turn the phone around, the view will disappear to the left. This is not ideal.

The camera would also freeze randomly. I tried everything, but it wouldn’t work. I had to take out the battery and set the frame rates and resolution to 2.7K at 30fps.

The desktop software “Quik”, however, is superior. The interface is simple and allows you to do basic editing. You can also overlay things such as speed, elevation, and compass heading onto footage before exporting. You can also get automatic highlights from the camera’s interpretations of movement. This will create a quick and dirty edit that you can do in a very short time.

Surprisingly there isn’t much to be said about image quality other than what has been stated before. The camera’s 4K 60fps mode is not an improvement in the image quality. Although the colors may be a little more vibrant, the GoPro’s main strengths and weaknesses are still apparent.

It works well in bright light. The color reproduction and auto-exposures are excellent. Sunsets are stunning, especially when used in timelapse mode. The bit rate is sufficient to understand complex textures like distant tree leaves, foaming water, and posted snow without the camera having to adjust.

For those who need to color-match video footage from different cameras, the ProTune mode on the GoPro Hero 6 Black is a great option. It allows for fine-grained control of ISO sensitivity levels and shutter speed. RAW image capture gives keen photographers similar control over stills.

The battery life is quite good. After two hours of use, I was capable of shooting nearly an hour of 4K footage at 30fps with GPS and EIS enabled. The battery eventually died and had to be recharged. It takes just over an hour to reach 100%, which is a good thing. You’ll need to have a few extra batteries in case you take your camera on location.