Trying to find information on Florida drone laws? You’re not alone. The Federal Aviation Administration has been working with the state of Florida’s Department of Transportation since 2015 to clear up any confusion surrounding drones and what you can do with them.

In this article, Lucidcam will give you all of the guides for law-abiding citizens who want to fly their drones safely, legally, and responsibly in the Sunshine State.

Florida Statutes defines a drone as a “powered, aerial vehicle” that:

“Unmanned aircraft system” means a drone and its associated elements, including communication links and the components used to control the drone which is required for the pilot in command to operate the drone safely and efficiently.

“Critical infrastructure facility” means any of the following, if completely enclosed by a fence or other physical barrier that is obviously designed to exclude intruders, or if clearly marked with a sign or signs which indicate that entry is forbidden and which are posted on the property in a manner reasonably likely to come to the attention of intruders:

Flying a drone over a critical infrastructure facility is against the law.

“Law enforcement agency” means a lawfully established state or local public agency that is responsible for the prevention and detection of crime, local government code enforcement, and the enforcement of penal, traffic, regulatory, game, or controlled substance laws. 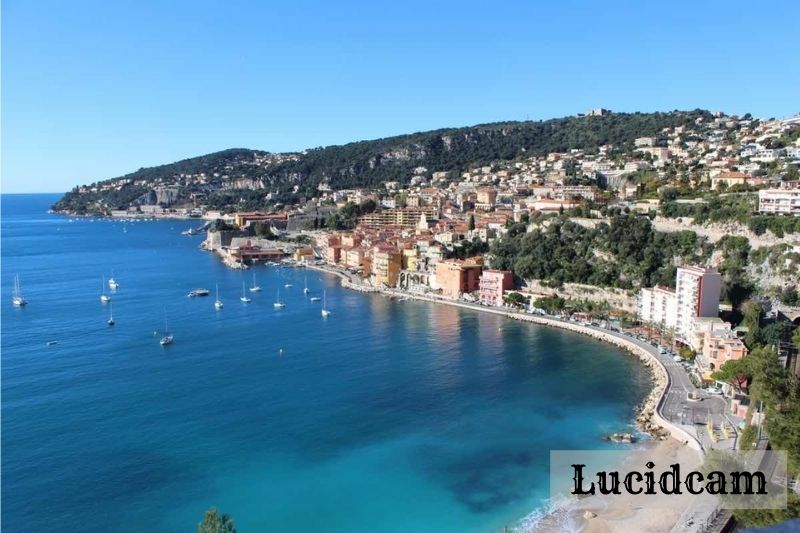 These drone laws, which apply to all states in the U.S. including Florida, were created by the federal government.

Fly a drone in Florida as a commercial pilot(i.e. You are required to comply with the following requirements for your work or business. FAA’s Part 107 Small UAS Rule for Part 107. This includes passing the FAA’s Aeronautical Knowledge Test to obtain a Remote Pilot Certificate.

Flying drones as a hobbyist in Florida (i.e. The FAA requires you to take photographs for enjoyment/fun. The Recreational UAS Safety Test, TRUST. The FAA’s guidelines are also mandatory. Rules for recreational model aircraft. One rule is that your drone must not weigh more than 0.55 lbs (250g). Register it for $5. Additional rules apply to altitude and airspace, as well as keeping your drone in line of sight while you fly.

As a government employee, you can fly a drone in Florida. You can operate as a police officer or firefighter under the Part 107 rule of the Federal Aviation Administration or obtain a federal permit. Certificate of Authorization (COA).

To capture images by or for electric, water, or natural gas utility: For operations and maintenance of utility facilities, including facilities used in the generation, transmission, or distribution of electricity, gas, or water, for the purpose of maintaining utility system reliability and integrity.

To facilitate a law enforcement agency’s collection of evidence at a crime scene or traffic crash scene.

There are also state laws and even some local laws that apply to drone use in the state.

These State drone laws, which apply to all of Florida, were created by the Florida Legislature.

According to the Florida Department of Transportation, and the Florida Legislature, there are four laws in Florida that govern drone use.

The law preempts any local regulation of unmanned aircraft systems. However, only the Florida Legislature is can make laws regarding the use of drones within the state. Local governments are allowed to adopt drone ordinances to address nuisances, voyeurism, and harassment as well as reckless endangerment, property damages, or other illegal acts. The law prohibits drones from operating over or near critical infrastructure. It also prohibits the possession or operation of a weaponized UAS.

This law prohibits the use of a drone to capture an image of a privately owned property or the owner, tenant, or occupant of such property without consent if a reasonable expectation of privacy exists.

The state code forbids the use of drones on state lands, including Florida state parks and forest-managed lands. Only with authorization from the Department of Agriculture and Consumer Services can a drone be allowed to land at a runway or a heliport. The Department of Agriculture and Consumer Services must determine that takeoff or landing does not pose a risk to the safety, health, or welfare of any person. It also has to be determined that it will not damage forest resources or interfere with forest management goals as set forth in the management plan. In an emergency, or for official Service business, authorization from the Service does not need to be obtained.

This state code prohibits drones from taking off and landing on District lands without authorization from a Special Use Authorization.

Part 107 regulations apply to all drone pilots who operate commercially in Florida. Learn more about the FAA’s certification process to obtain a commercial drone license in this free guide. 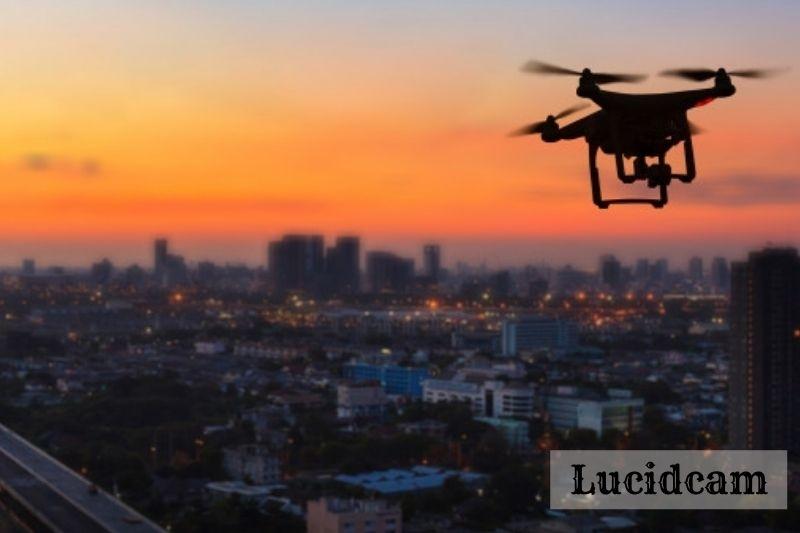 Alongside the above state laws, there are also some local drone laws in Florida too.

The city ordinance restricts the use of drones at Community Park, Bonita Springs only when there are no other users. It is also illegal to fly within 25 feet of people, power lines, buildings, or light fixtures.

The city ordinance bans drones from flying within half-mile of sporting events and large-venue events. This includes but is not limited to Bayfront Park or Marlins Ballpark, Miami Marine Stadium, or Calle Ocho Festival as well as any other public parks or facilities used during special events. The city ordinance prohibits drones from being equipped with any kind of detachable cargo or carrying any type of weapon. It also requires that a city permit be obtained for certain “drone-related” activities.

The city ordinance forbids drones from being flown over public or private property without consent. The ordinance also requires commercial drone pilots to register with the police department before they can do any type of commercial work in the city using drones.

The city ordinance prohibits drones from flying within 500 feet of city parks, schools, and venues like the Amway Center and Camping World Stadium. The ordinance also prohibits drones from being used within 500 feet of larger gatherings of more than 1000 people. Permits are required to fly within these areas. They cost $20 per flight or $150 annually. Those caught violating this ordinance will be subject to fines of $200 to $400.

This county ordinance prohibits drone operators to take off or land a drone on county-owned or managed land. It is only allowed for public safety purposes if written permission has been received from the administrator.

The county ordinance forbids drone operators to take off or land a drone on county-owned land that has been designated as a nonrecreational area or restricted from drone operation unless permission is granted by the director/designee.

This policy prohibits the operation of drones within University property. Drones cannot be operated in the airspace directly above Plant Park. The link above provides more information on the authorization process.

This policy prohibits the use of drones on CPA property without Prior authorization. CPA Public Safety & Security must be notified 48 hours before the planned start of any unmanned systems operation. You can find the link to the online application form.

According to federal aviation administration regulations, you must meet these requirements to fly drones commercially from Florida:

Next, you will need to:

You can skip the majority of the steps if you are just flying your drone for entertainment. You will still need to register with FAA. 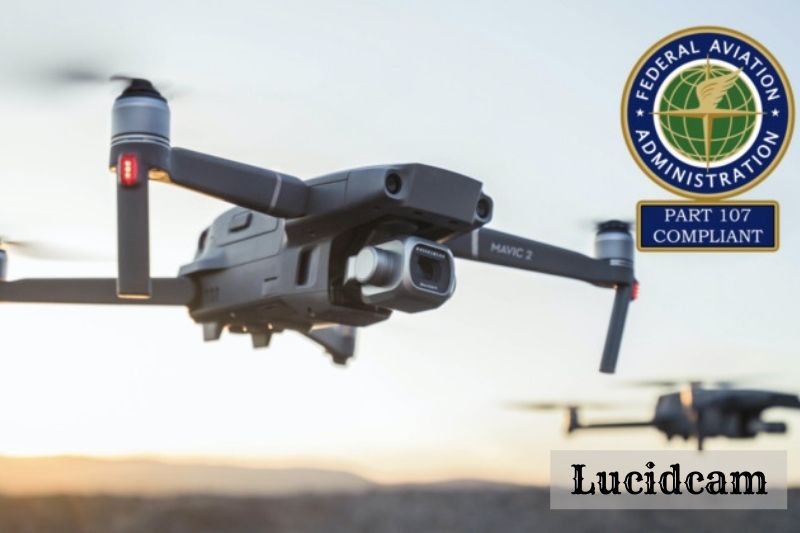 Prohibited Use Of Drones

A law enforcement agency may not use a drone to gather evidence or other information.

A person, a state agency, or a political subdivision as defined in s. 11.45 may not use a drone equipped with an imaging device to record an image of privately owned real property or of the owner, tenant, occupant, invitee, or licensee of such property with the intent to conduct surveillance on the individual or property captured in the image in violation of such person’s reasonable expectation of privacy without his or her written consent.

For purposes of this section, a person is presumed to have a reasonable expectation of privacy on his or her privately owned real property if he or she is not observable by persons located at ground level in a place where they have a legal right to be, regardless of whether he or she is observable from the air with the use of a drone.

This section does not prohibit the use of a drone:

To counter a high risk of a terrorist attack by a specific individual or organization if the United States Secretary of Homeland Security determines that credible intelligence indicates that there is such a risk.

If the law enforcement agency first obtains a search warrant signed by a judge authorizing the use of a drone.

If the law enforcement agency possesses reasonable suspicion that, under particular circumstances, swift action is needed to prevent imminent danger to life or serious damage to property, to forestall the imminent escape of a suspect or the destruction of evidence, or to achieve purposes including, but not limited to, facilitating the search for a missing person.

Provide an aerial view of a crowd of at least 50 people to a law enforcement agency, provided:

To facilitate a law enforcement agency’s collection of evidence at a crime scene or traffic crash scene.

By a state agency or political subdivision for:

a. Assessment of damage caused by floods, wildfires, or other natural disasters that are the subject of a declared state of emergency by the state or a political subdivision before the expiration of the emergency declaration.

b. Management of wildlife and vegetation on public land or water.

Certified fire department personnel can perform tasks within the guidelines and practice allowed by their certifications.

A person or entity that is engaged in a profession or business licensed by the state or its agents, employees, or contractors. If the drone is only used to perform reasonable tasks within the permitted scope of practice or activities under the license, the drone will be considered a personal or commercial drone. This exception is not applicable to any profession where the licensee’s authorized scope of practice includes obtaining information about an individual’s identity, conduct, movements or whereabouts, affiliations or associations, transactions, or reputation.

A property appraiser’s employee or contractor uses a drone to assess property for ad valorem taxes.

If the drone is being used for aerial mapping, it must be in compliance with Federal Aviation Administration regulations.

To transport cargo, provided that the drone is being used in compliance with Federal Aviation Administration regulations.

To take images that are necessary to ensure the safe operation and navigation of a drone being used for a legal purpose under Florida or federal laws.

A person may not knowingly or willfully:

The Florida drone laws are quite different than the other states. This article will walk you through what is and isn’t allowed when it comes to flying a drone in FL, including things like licenses or permits needed, where they can be flown within the state, and more. If you’re looking for information about how to fly your drone legally in this great state of ours then keep reading!