When it comes to drones, there are a few brands that stand out from the rest. DJI and Autel are two of the most popular drone brands on the market. Both brands offer a variety of drone models to choose from, but how do their newest models compare? In this article, we’ll take a look at the DJI MINI 2 and the Autel NANO+ to see how they stack up against each other. 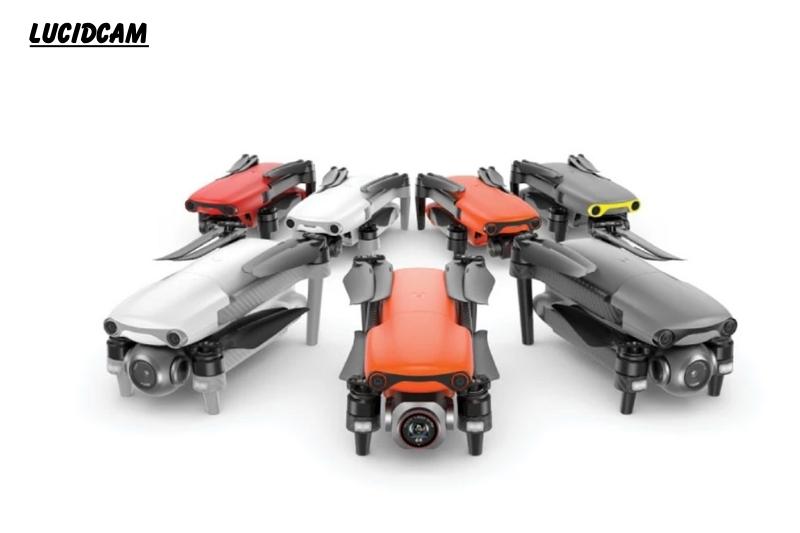 These drones are well-engineered and lightweight, thanks to their foldable design.

Both drones are lightweight and small, making them an ideal choice to transport around.

Nano Plus is slightly heavier because it has a heavier battery and more sensors.

The drones are level 5 wind resistant, which means they can be used in windy conditions (around 19 mph).

Both controllers have vastly different looks. The Mini 2 has a larger and more boxy controller, while the Nano Plus has one that is more like a video game controller.

Both drones have long-range transmission technology, which allows users to control them from approximately 10 km in good weather without obstruction.

The range of the drone may not be as important as it seems, as many countries require that you keep it within your visual line. 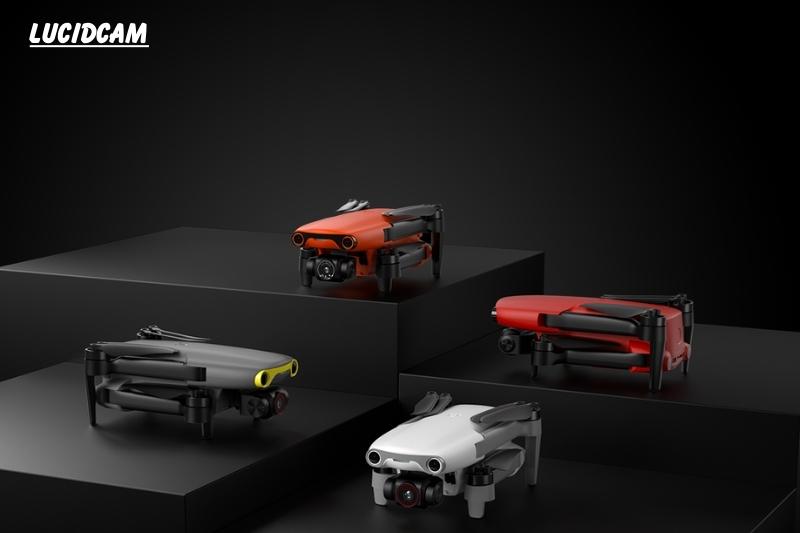 The camera is the most important feature of any drone. This is what most people will compare when they are comparing the two drones.

The Autel Nano Plus (and Nano) has a superior camera and is the best drone for photography.

The Nano Plus camera is a great choice for photographers.

According to Digital Photography School, a large image sensor is essential in photography because it will enhance the overall quality of the image.

Nano Plus features a 1/1.35 CMOS Sensor with a 23mm Lens, f/1.9 fixed aperture, and an 85deg FOV. The Nano Plus’s larger sensor, along with its wider aperture range and ISO high ISO, allows it to capture higher quality images even in low light environments.

Autel’s camera comes with an RYYB filter, which is a major selling point.

RB filters claim to capture more light, which in turn means that the camera can produce better images with more detail, especially in low-light situations. However, Asmara says this claim has yet to be independently confirmed.

The Nano Plus’ 50MP sensor can take higher resolution images, but there is no doubt about that.

The camera can capture images in JPEG and DNG RAW formats. It also has HDR support.

Although there is no internal storage, the memory card slot can hold up to 256GB.

The Mini 2 is still a great camera, even though its specs aren’t as impressive.

This camera is capable of capturing 12MP images. It also has multiple photography modes, including AEB, that will enable you to capture HDR images.

There are many photography modes, including interval, burst and panorama.

The drone comes with 8GB of internal storage. However, it can expand this to 256GB using its memory card slot.

The Nano Plus and Mini 2 have three flight modes: positional, sports, and tripod. (The Nano drone is known by different names).

The default mode is the positional mode (or standard on the Nano), and all features, including intelligent flight modes, are available in this mode. The tripod mode works exactly like the positional mode, except that the drone’s speed is restricted to 13 mph for the Mini 2 and 11 on the Nano Plus.

The controls in sports mode are more sensitive, and intelligent flight modes are available. In sport mode, drones can reach maximum speeds of 35 mph on the Mini 2 and 29 at the Nano Plus.

If there is no GPS signal, the drones will go into altitude mode and disable their vision systems. This mode is the most difficult to use and should be avoided by beginners.

QuickShot mode is available on both drones. These are pre-programmed flight modes that allow users to quickly capture cinematic video footage hands-free.

You can activate the automatic return to home feature by using the app or controller. This feature is activated when the drone is out of range.

Although the obstacle avoidance system is a great addition, it can only stop a few meters from any obstacle. It also does not have the ability to maneuver around obstacles. This is similar to the Hubsan Zio Mini’s obstacle-avoidance system. While it is a great feature, many people wish it had an active track. The active track allows the drone to automatically follow you or another object and avoids any obstacles.

The flight time is where the Mini 2 holds an advantage. It has a flight time of 31 minutes and the Nano takes 28 minutes. Both drones will give you less flight time than stated because they were flight times that were achieved under perfect conditions. 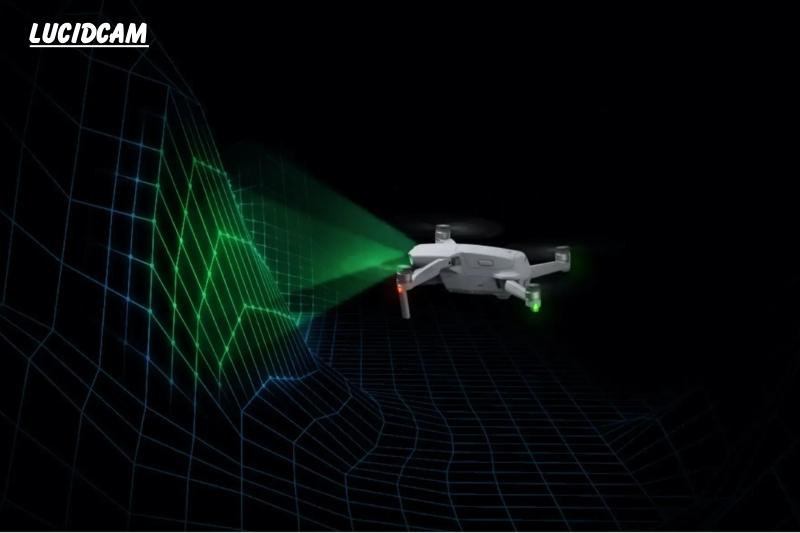 Avoiding obstacles can be a sensitive topic in the drone community. Some say that if you’re a competent pilot, it shouldn’t matter if it’s there.

The Autel Evo Nano, which is the only drone in its weight category, includes obstacle avoidance. The Nano uses front, back, and down sensors to automatically brake when it detects an obstacle. This will save you from potential heart-brake (and drone brake) in the future. 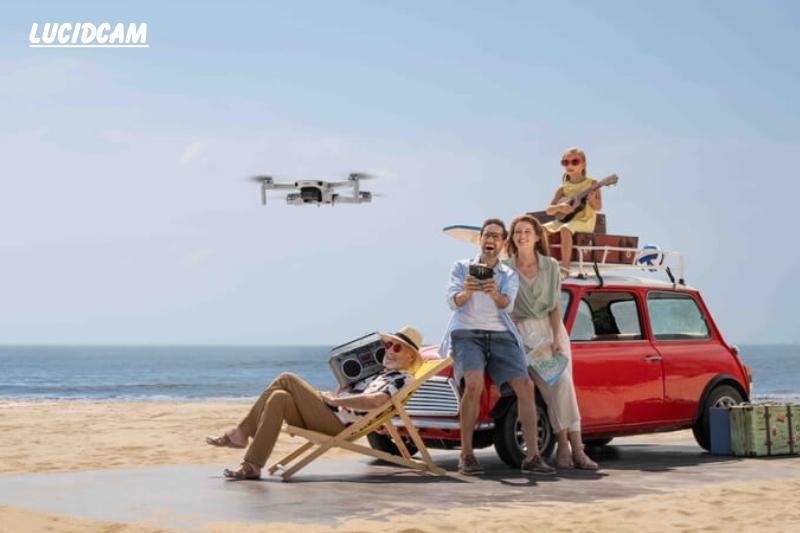 It’s an even split when it comes to image transmission systems, with a range between 6.2 and 6.3 miles. This long-range, combined with the approximately half-hour flight time, opens up the possibility for exploration and experimentation.

The image quality is one of the biggest differences between these drones. The Mini 2 is blown away by the Autel Evo Nano (plus and regular). The Nano Plus’s 50MP image resolution is more than four times that of the DJI Mini 2’s 12MP sensor. Autel has chosen DNG file formats instead of RAW, which can be a difference depending on the software you use to edit images.

Each drone has its own smart features, such as Smart Return Home (DJI) and One-Key Return(Autel) which bring the drones back safely at the touch of one button.

Both drones come equipped with their own apps: Autel Sky App and DJI Fly App. You can download your videos and photos at 20MB/s from any drone. Both have their own post-production editing that provides templates and ideas on how to make viral content.

Which Drone Is Right For You?

The Nano Plus is the best choice for photographers. However, it’s less than $1000, so you might want to look at other options. Both the Mavic Air 2 as well as the Air 2S are less than $1000. They have similar, if not superior, image sensors, longer flight times and an improved obstacle avoidance system.
The Mini 2 is a great choice if you’re looking for a drone that can fly well and doesn’t care about the quality of the camera. While the camera is not as sharp as the Nano, it can still produce high-quality videos and images.

The price of DJI MINI 2 and AUTEL NANO+ is almost the same. So, what drone should you buy? The answer depends on your needs. Do you want a compact yet stable drone for taking pictures? If yes, then you should choose DJI MINI 2. This drone also comes with a wide range of accessories. But if you want to shoot 4K videos, then you should go for AUTEL NANO+.
Lucidcam hopes this blog will be helpful for you. Thank you for taking the time to read!