The Basics: Phone Compatibility and Price 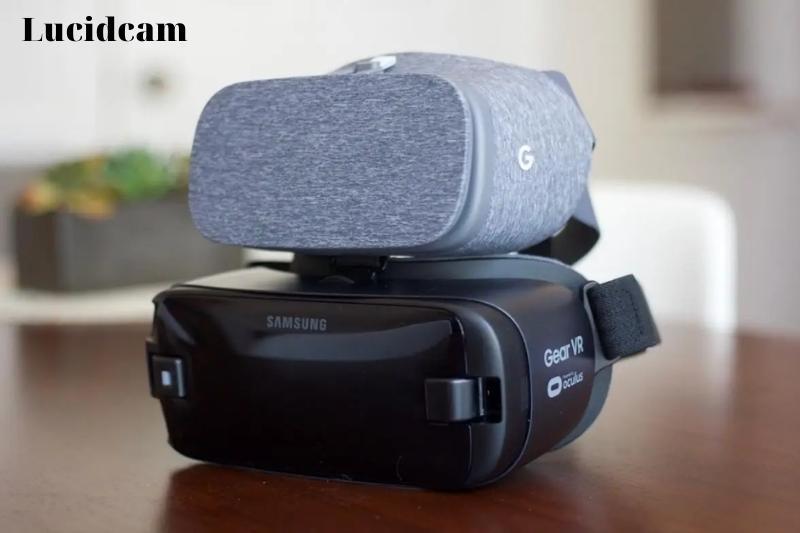 When choosing a headset, price is the most important thing to consider. Let’s get this out of the way.

The MSRP for Daydream View and samsung Gear are $99 and $129. There is a $30 difference in price. This is not bad, but both units can be found cheaper at Amazon. Currently, Daydream View costs $80, and Samsung Gear costs $101. This is a $20 smaller price difference, with Gear VR still being the more expensive.

Another concern is phone compatibility. Samsung Gear is only compatible with Samsung phones–specifically, the S9/+, Note 8, S8/+, S7/Edge, Note 5, S6/Edge/Edge+, and A8/+.

Daydream is compatible with a wider range of phones.

We’ll only be focusing on Samsung devices that are compatible with Daydream, as we are comparing them to the Samsung Gear and Daydream. The S9/+ and S8/+ are all included, but that’s all. You should consider a Gear VR if you have an older Galaxy phone like the S7.

You have the option to choose if you have an older Galaxy phone. There are three important things to consider: content, features, comfort. Let’s get on with it.

Comfort: How It Feels To Your Face 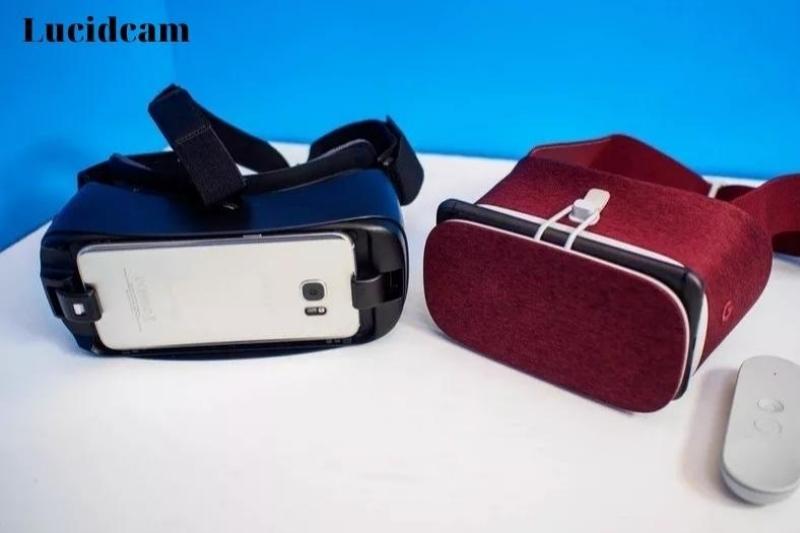 Content is the king. We tend to agree with that view in most cases. Comfort is important when the product is something that you wear every day.

Both headsets are very comfortable when it comes down to it. The Samsung Gear is more durable, bulkier, and has more straps. It is just a larger headset.

This is a difference of three ounces between them, and that doesn’t include the phone’s weight. For example, the Galaxy S9 adds 5.6 ounces to each headset. The Samsung Gear weighs in at just a pound. It makes a huge difference if you have a larger phone.

The padding on both headsets is nice and snug around your face. This is something to be aware of, as there are many glasses-wearers who should be able to have a great experience with a VR headset.

Daydreaming was, for me, a more enjoyable experience when wearing glasses. The Samsung Gear felt awkward, pressing my glasses into my nose and nose. The Daydream, on the other hand, seemed to have more space between my eyes and the headset. At least, it felt that way.

The Gear VR’s strap is a bit more secure than the Daydream’s.

But, the Daydream View’s smaller footprint, lighter weight, and generally softer materials–everything on the outside of the headset is covered in a soft-touch cloth–easily makes it the more comfortable of the two.

Features: Which Has More Bells and Whistles 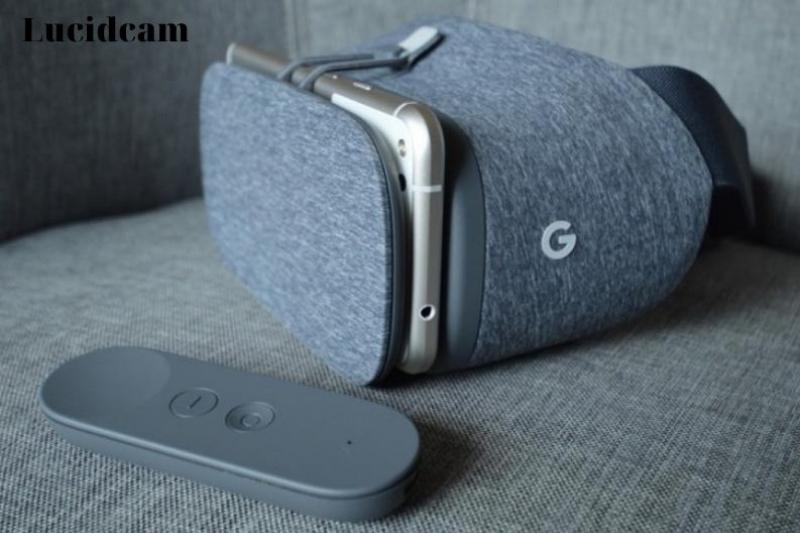 Both headsets can be worn on your head and come with compatible controllers. However, these are the only similarities between the headsets and controllers in terms of features and hardware.

Daydream View is a headset and controller. The headset cannot function without the controller.

Samsung Gear has all the controls built into the headset. You don’t need to use the controller if you don’t want to. The headset can be used to touch, tap, point and scroll. You can use the home and back buttons. You can adjust the focus by pressing a button at the top. Daydream does not have any of these features.

It’s hard to find anything more: both headsets are the same and perform the same functions. You have more options with the Samsung Gear VR. You can lose your Daydream controller. You’re screwed.

Both controllers serve the same purpose and have very similar functions, but there is one major difference. The Daydream controller can be recharged via a USB Type C connection, while the Samsung Gear controller requires two AAA batteries.

Another convenience feature is available. Daydream View comes with a small strap that you can attach to the phone’s “bay” so you can keep the controller. The Gear VR doesn’t have this feature. This is a great touch, and I wish it was possible to replicate it on the  Samsung Gear. 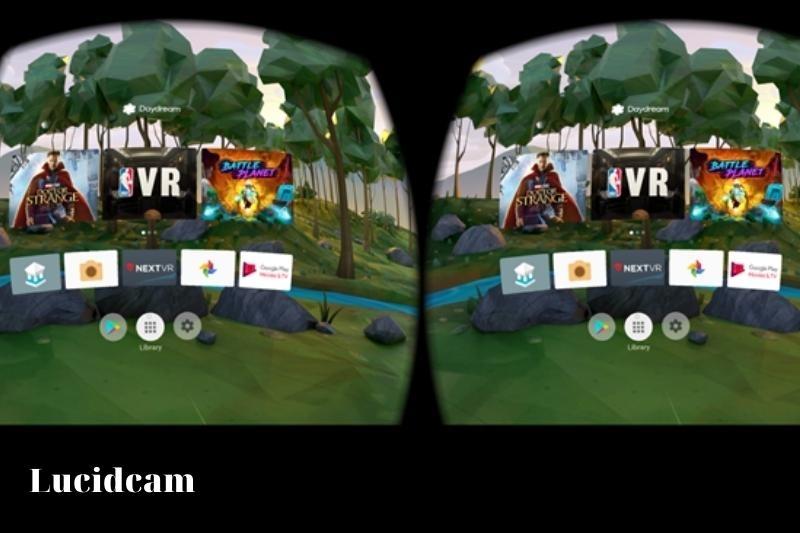 This is where the headsets begin to separate. The compatible apps for Daydream View are all available in the Play Store, but Samsung Gear uses Oculus Store. The two are very different in terms of what you will find.

It’s impossible to compare everything in the stores. But, if you had to summarize it quickly, this is what it looks like. The Oculus Store (and, by extension, Gear VR) is better for gaming. For movies, photos, and your own content, the Play Store (and Daydream View), is better.

Daydream has many games. They don’t compare in quality. Oculus has made a name in VR gaming, and it’s no surprise Gear VR is the main focus. You won’t find many high-quality games in the Play Store, such as Gunjack 2 and Gunjack 3.

Daydream, in simpler words, is about exploration, education, and fun. Gear VR is all about gaming. This is about as simple as it gets when it involves these two.

All that being said, we must point out one thing about Gear VR. Sideloaded apps and anything from the Play Store won’t show up in your Oculus Launcher. For example, if your library contains cardboard-compatible apps, those won’t work in Samsung Gear. Although there are workarounds, we don’t recommend them as a way to access your content. These workarounds are only that. They’re just that. They might not always work.

It is also important to note that the majority of popular apps–Netflix VR and Plex Vr–will be available on both platforms. The only exception is YouTube VR. You won’t be able to find this app on Gear VR because it’s a Google App.

There is no clear winner because it all depends on your VR experience. The Samsung Gear is the best choice if you’re interested in gaming. Daydream is a good choice if you need to do everything else. 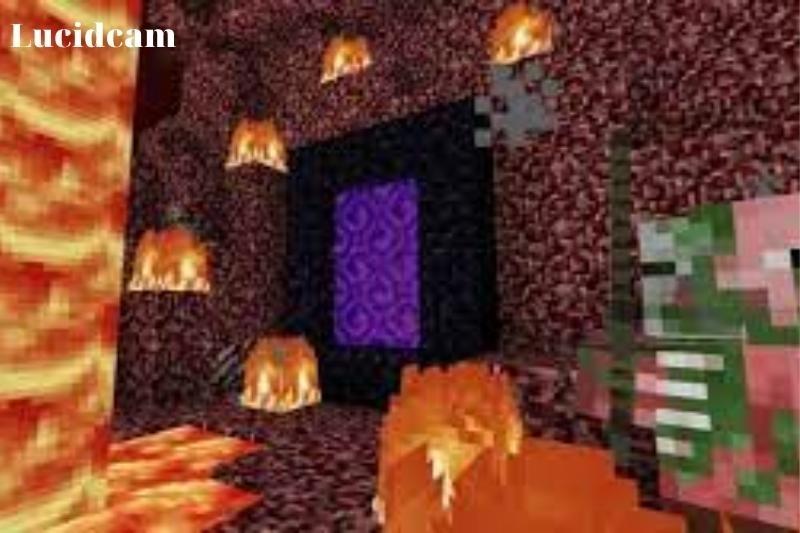 Google Cardboard was designed to allow you to launch apps from your drawer and then look into the headset. However, advanced VR platforms make it possible for you to experience the entire experience within the headset. You can shop for apps in VR and browse your virtual reality library. Then, when you launch an application from your VR library, everything is already there. VR feels more isolated than your usual phone behavior. It makes VR feel like an entirely separate experience.

Samsung’s Gear VR collaboration is with Oculus, which is responsible for Rift VR on computers. Oculus is the software, and Samsung supplies the hardware. Once you connect your smartphone to the Samsung Gear VR, the Oculus environment will take over, and you’ll be in their world. It looks like a futuristic apartment with a fireplace to the side. You can shop for Oculus-curated apps and games from this area.

This separate app store has its own purchasing system. It does not follow the Google Play Store rules. Oculus manages and delivers apps. Payment methods must be entered separately into Oculus Store. Security measures are also separate from the rest of the phone. Oculus is your trusted partner in everything. They have earned this trust.

Daydream is a Google Product embedded into Android. It can be integrated into the Play Store. Daydream View launches virtual reality by placing your phone in Daydream View. An NFC tag activates the VR environment and your library directly in front of your eyes. Play Store is the most important feature. Y

Ou can install your VR apps like any other Android app, or you can use the VR app store, which only displays Daydream apps. Google Play gift cards can be used to purchase VR apps. You can also use Google’s family-sharing system to pay for apps and leave reviews just like any other Android app. Google’s security features have been built right into the app and are identical to any other Play Store transaction.

Oculus has made a major push towards VR social experiences since being bought by Facebook. The Samsung Gear VR apps were the first to allow VR sharing, such as watching movies together in a room with voice chat enabled. Recent pushes have expanded this to include full social networking.

Oculus Friends List also includes an Avatar Creation Lab. Oculus is currently working to create multiple VR worlds for you and your friends where you can chat in VR. Google and their partners could implement something similar on Daydream. However, this is not the case currently on Google’s VR platform.

Many people find that the most important factor in deciding between Daydream View and Samsung Gear VR is the availability of apps. Oculus has been working closely with developers to create content for the Samsung Gear since before Daydream was even an option. As a result, there is a wider selection of available apps.

While a few of these experiences are Oculus exclusives, many developers are now porting their Samsung Gear apps to Daydream in order to make both groups more profitable. Google also offers a wide range of exclusive content, including notable names such as Eve: Gunjack 2, YouTube, HBO streaming, and Google Play Movies. Daydream and Samsung Gear owners have the ability to adjust the settings to allow all the Google Cardboard apps in their respective headsets.

The quality of each experience is more important than the number of games. Each Google Daydream app can be used with the Daydream Controller. This means that many of the games are more interactive than their Samsung Gear VR counterparts.

You can use your arm to cast spells and steer cars. There are many immersive experiences that the Samsung Gear doesn’t offer. Google’s Daydream Controller focus means that apps such as Minecraft, which require a traditional controller, are unlikely to be made available on Daydream.

The quality of your investment in Google’s ecosystem will determine which experience you consider “better”. Daydream is more intuitive and offers more content if you have an Android phone. You should also look at the way Oculus and Google approach content. Oculus’s advantage in this area allows for more options than Daydream. The current focus on social VR could be a compelling feature that Google is not ready to lead for.

Google’s VR offerings feel more robust if you are looking for individual experiences. Oculus is better equipped to deliver experiences than serve them if you are interested in the future VR.

Both these headsets, and the platform that powers them, are exceptional. Oculus and Samsung have been working hard to perfect the  Samsung Gear VR for more than two years. Google’s Cardboard efforts taught Oculus a lot about creating compelling VR experiences. If you want to share VR with your friends, you can’t go wrong right now with either headset.

If you want the most support and hardware to enable the best experiences, you should get the Daydream View. You can expect to see amazing VR experiences in the coming year, no matter which way you choose. 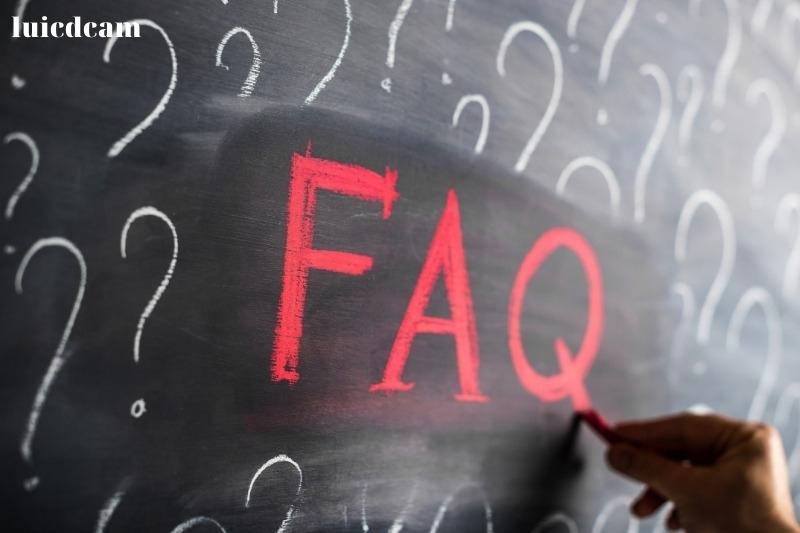 1. What is Daydream and Gear VR compatible?

Your Gear VR can play Daydream

To prevent Oculus VR from starting when you insert your phone into the Gear VR headset, you will need a package disabler. It will work to allow you to play Daydream games.

Android 12 will be available for the Galaxy S10, S10+ S10e, and S10 5G in December 2021. Gear VR won’t work on devices that have Android 12. You can continue to use Gear VR on the above-mentioned devices by not updating your phone OS.