Looking for a great action camera at a reasonable price? Look no further than the Campark ACT74. This camera is packed with features, including 4K resolution and a 170-degree wide-angle lens. It’s also waterproof and shockproof, making it perfect for any outdoor activity. The ACT74 has a built-in WiFi transmitter, so you can easily share your videos and photos with friends and family.

In this blog, we will discuss Campark ACT74 that fits you or not 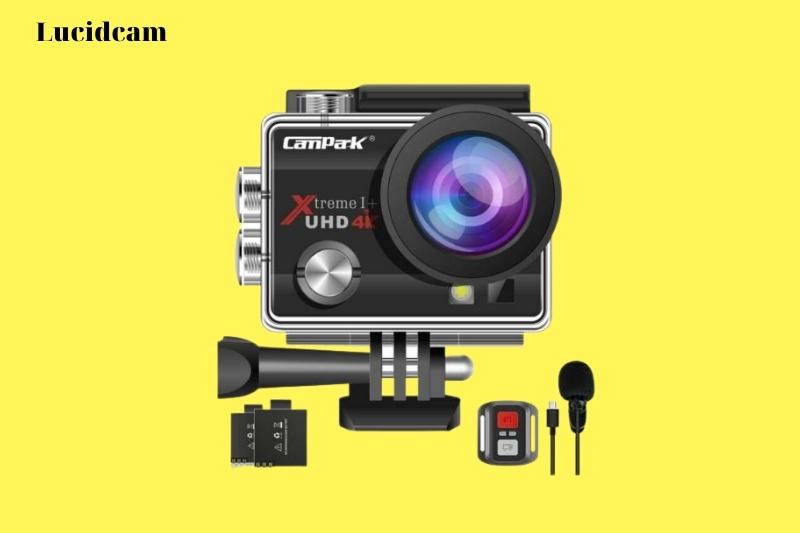 Modern standards are not very high on the build quality of Act 74. The camera weighs in at about 0.2 pounds and is quite large for its performance. This is due to the age of this camera. These dimensions and weights were standard amongst the cheapest action cameras back then. Due to the availability of super-light yet strong polymers, entry-level action cameras have become smaller and lighter over the past year.

Although the Campark Act 74 comes with a protective case, it does not provide the same protection as modern action cameras such as the Akaso V50 Pro. The Campark Act 74 is a good choice if you’re looking for a cheap camera to vlog or just for fun. However, we doubt it will withstand many bumps.

Campark’s menu, like the Akaso EK7000 and the Drograce WP350, is intuitively arranged. However, some items aren’t labeled as clearly as they should be. Instead of noting the function’s “off” status on multiple occasions, Campark labels it as “close.” It is now called “timed” instead of “self-timer.”

Both the shutter and menu buttons worked well. It was easy to modify settings once I got used to the menu structure. However, it was not as simple as with the Yi Lite and GoPro Hero, which have touch screens.

Despite the built-in WiFi, the camera was not compatible with my Pixel 2. This also happened with Drograce and Akaso models. Although I was able to connect to the camera, the app did not allow me to view the screen or make recordings.

The Campark captured footage was comparable to the Akaso or the Drograce, even though it was not as good as the Yi Lite or the GoPro Hero. Although colors were accurate, they didn’t pop as brightly as images processed with better image processors and more processing power.

The Campark, like other cheap action cameras, is susceptible to motion blur when it moves. You should be able to use the Campark if you have a stable platform (and your arms may not be that stable), and you will not experience motion blur. The video was not as sharp when attached to the handlebars of my bike using the included bike mount. The same thing happened when I held the camera in my hand.

The Campark adds several photo functions that work well. These include burst and time-lapse. The camera was set to take one photo per second for a few hours. I quickly ran out of space on my 32GB micro-SD.

Campark Act74 does not include image stabilization. We recommend a gimbal to ensure smooth, stable recordings. Gimbals are the best stabilizers for cameras. The gimbal will make it easy to record a video. It is possible to move around and record your footage without worrying about whether the footage will be stable. 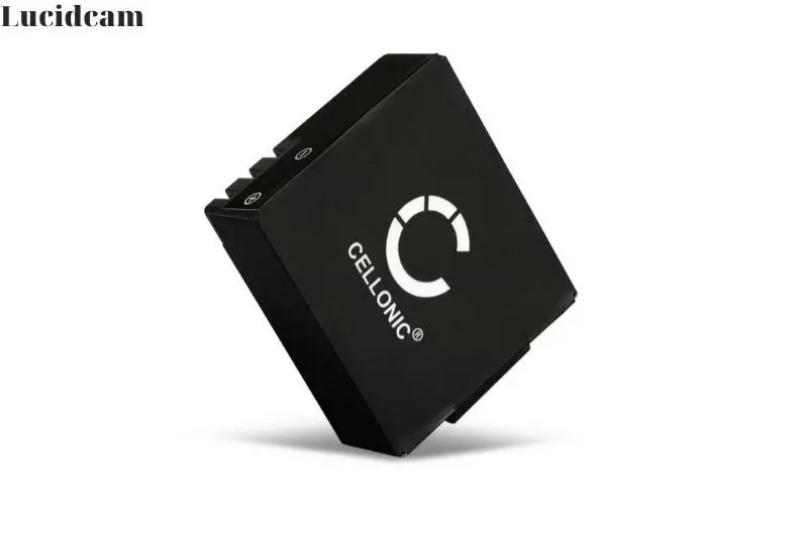 These batteries can be recharged and are located at the bottom of the camera. You will need to remove the battery from the camera using a fingernail or another thin object. The battery case was difficult to open, so we had to struggle. This is the case with brand new action cameras. The battery case will also be easier to open once you have opened it. It wasn’t an issue for us. Regardless, the Campark ACT74 camera is very battery-protective and has a long operating time.

You can display your photos and videos on a TV by connecting to the USB and HDMI ports on the side. There are two ways to charge your action camera. The charger hub is the best way to charge your batteries.

If you don’t have access to an electrical source or have limited options, however, this is an option. You can charge your action camera via a USB charger. However, this method is slower than using the charger hub. Design-wise, the position of the USB and HDMI ports is in a great spot. This makes it very easy to perform these functions. 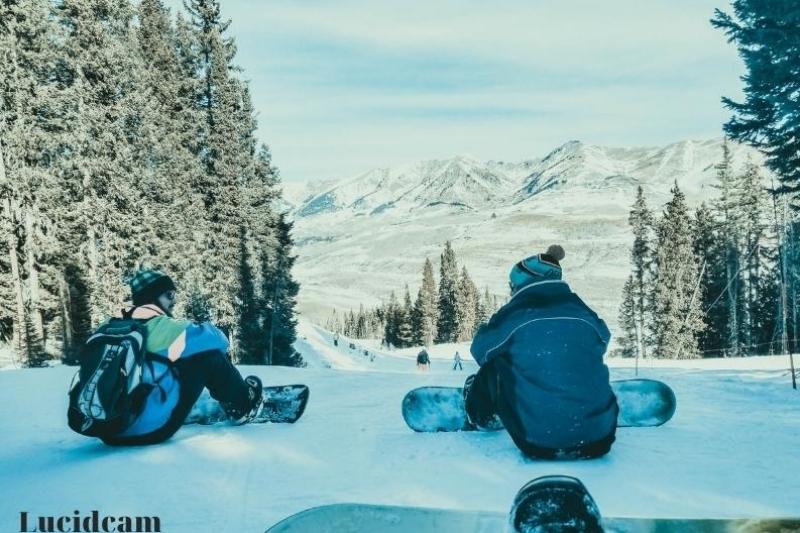 The Campark ACT74 action camera is a great way to get started in the world of action photography. It has a 16MP sensor that allows you to capture excellent still images and 4K video at 30FPS. Although the image quality is not as good as the Nikon W300’s, it still performs well when your subject and you are still.

The Campark ACT 74 doesn’t have optical image stabilization, but it does provide a decent video quality and motion blur for moving objects. The APEMAN A79, which is priced at the same price, is a great choice.

The Campark ACT74 allows you to capture smoother video footage with 1080p video resolution @ 60 frames per second. It also has great underwater shooting capabilities, thanks to its waterproof case. It can go down to 30 meters deep, which is a lot more than the GoPro Hero 7. The 170 degrees HD wide-angle lens is also included, which results in some amazing photos.

You can use the Campark ACT74 camera to take time-lapse photos, slo-mo at 720p and 120 frames/second, as well as burst shots. Although it doesn’t have the same audio quality as an external microphone, it can still produce decent vocals and noise from the surrounding environment. Keep in mind, however, that it can pick up wind noise from moving objects and that the frame housing will allow you to get the best vocals from talking into the camera at the back.

The Campark ACT74’s storage features include a microSD card slot that will give you enough memory. You can also reduce the resolution of your photos to 16 to 12, 8, 5, or 2 megapixels for more space. You also have the option of connecting via WiFi to your smartphone to control your camera remotely and view and download photos. It makes it easy to control any sports activity and is very simple to use.

The Campark A79 is a budget-friendly action camera that also has two rechargeable 900mAh batteries. Each battery can hold around 90 minutes and takes 2 to 3 hours to fully charge. The battery lasts for around 90 minutes. If you run out, the Akaso EK7000 will also be available.

The Campark ACT74 also has a lot of buttons that allow you to control the device. The power button is located at the bottom right. It also has an LED light control that can be used to enhance the scene’s auto exposure or night shooting. There is also a shutter button and a mode-changing button. As the screen is not touch-sensitive, you will also find a pair of buttons that allow you to navigate through the menu. They also aid in zooming in or out digitally during a video or photoshoot.

The Campark Act 74 was created in a time when touchscreen technology was not expensive enough to work well if users’ hands were wet or cold. It does not have a touch screen interface. Instead, the sidebar buttons are used. Despite this, the control system can still be used quickly by anyone new to action cameras.

Act 74’s navigation menu makes it easy to access your camera’s settings. You can change and tweak any settings you need. This saves you time and allows you to capture the best images possible due to the changing lighting conditions in many action sports.

The Campark Act 74 was designed as an entry-level camera. However, the control system offers several quick and simple features that will allow advanced users to add it to their collection. The camera can meet both novice and expert action camera users without any problems.

We want to mention one last thing about the interface of the camera. It is compatible with 2.4g wireless technology, which allows you to use it remotely from a wireless camera. A wrist-based remote allows you to trigger your camera to take images and stop recording. However, you can also purchase more advanced third-party controls.

Do You Need To Buy It? 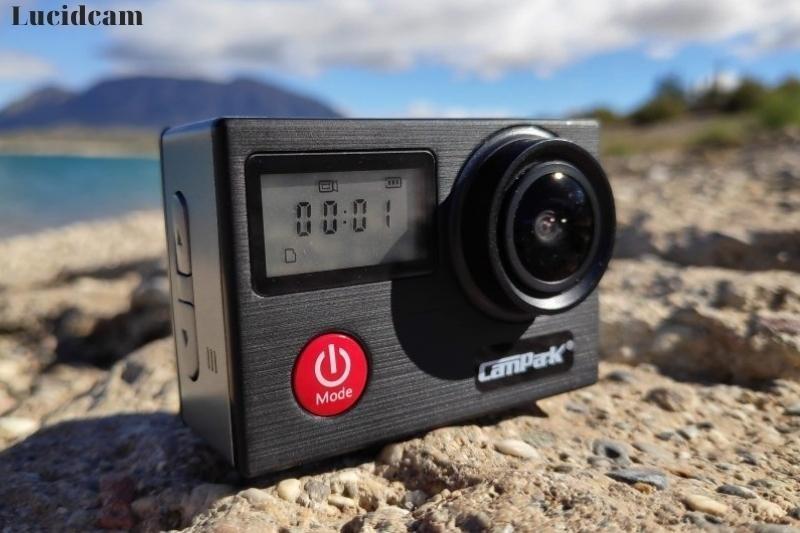 The ACT74 Campark is a basic action camera that can be used underwater. It can also record slow-motion time-lapses and can be compatible with all GoPro accessories.

The image quality of this low-budget camera is poor. It has poor sharpness and colors that are too dark or too saturated. We recommend buying a Gimbal for smooth footage. You can record up to 4K at 30 fps and slow-motion.

The Campark ACT74 is a high-quality action camera that is perfect for capturing your outdoor adventures. This camera is packed with features, including a 12-megapixel sensor, 170-degree wide-angle lens, and 4K video recording. It is also water-resistant and can be used in extreme weather conditions.

The Campark ACT74 is a great choice for anyone looking for an affordable action camera that delivers great results. If you want to be able to record with the higher quality, you need to be willing to spend more and buy a higher-end action camera, for example, the Yi 4K. If you don’t want to spend that much, maybe check out our best GoPro alternatives blog check here!